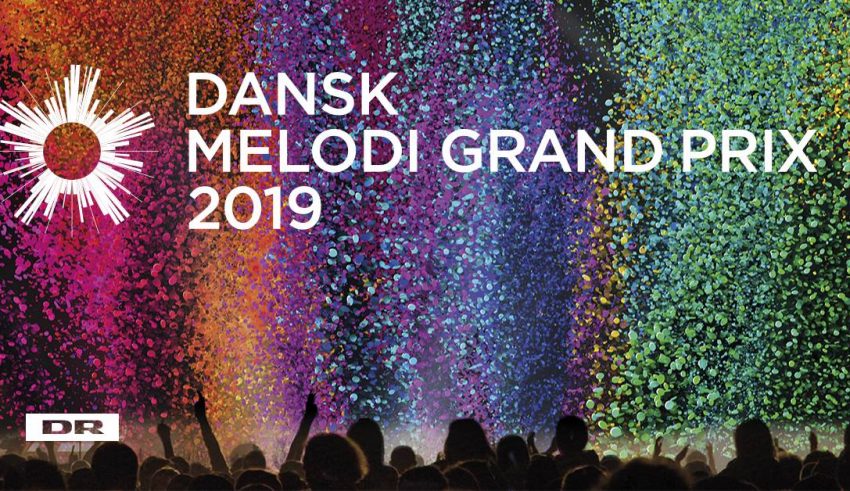 But which of the acts did we feel deserved the accolade? James and David analysed the artists and their entries, so let’s see who comes out on top…

David – 6 – “I’m feeling the beat of this song, it has those catchy tunes, but that’s also about it. Lyrics are quite cliché, singing about falling in love and everything, heard so many times already. The tune also swings a lot in those 3 minutes, and it never reaches the point where I want it to peak, leaving me let down a bit.”

James – 5 – “Wow, that was boring. A song about first love and fireflies as a hammer heavy metaphor. This is as bang average a modern pop song as you can get. There’s nothing to say about this song as there really isn’t anything there.”

David – 6 – “Back in November, I was part of the invited group of fans who got to listen to some of the submitted songs for DMGP. I remember this song was one of them, and it clearly was one of the standouts, otherwise I wouldn’t remember this song now. Despite that, it still got an average score from me, since the lyrics are really poor, it only stick out because of the gimmick the song has, and overall it’s just a typical dance song trying to sound like so much else nowadays.”

James – 1 – “Is this song taking the Mickey out of Latin American pop? “Ooh-la-la-la-la-la-la-la latino” and “my cariño, infinito” and kissy noises turn what is supposed to be a sensual track into a laughing stock. And those are the lyrical highlights. If you asked Donald Trump to craft a Latin pop banger, it would be less laughable and less offensive than this. Jasmin tells the bad boy she’s after at the club that he’s never had a kiss like this, which is probably true because most guys would run if some maniac came up to them making puckered kissy kissy noises. Definitely a contender for our end of season “Worst National Entrant” list.”

David – 2 – “What a grand and bold voice, unfortunately for Rasmus, that’s not really my cup of tea. Generally I think all these acts should be very happy that I won’t be one of the jury members for the national final. Overall, the song tries very hard to gather some feelings, which is very hard for a song to do, but when not even Salvador Sobral could do that with me… mate, the battle for my support is long lost then, I just have no interest in these kind of songs.”

James – 8 – “Rasmus launches into the chorus beautifully, giving the impression vocally and with the backing instrumentation stuttering and coming back in that the song is holding its breath and coming up for air, matching the lyrics. It’s little details like that people remember come voting time. A pleasant, if slight, ballad from a talented singer.”

Marie Isabell – Dancing With You In My Heart

David – 3 – “This is such a radio song, I just can’t see myself wanting to listening to this by my own. A great song to me, is something that I wanna listen to over and over again, and honestly, I doubt I would ever remember listening to this song. Play it on the radio 1000 times, and I wouldn’t even notice it. I don’t know what it is, but it just goes into the background immediately.”

James – 4 – “This sounds dated. And sad, despite being an up-tempo dance track. The song sounds like a lonely wine bar in Middlesbrough in 2005. The lyrics come off as someone who’s optimistic about love despite being jaded and middle aged. The lyrics are a collection of self-help sayings put into song form. And at the end of the song, the lights come on, and no-one is there, our singer alone with an empty bottle of chianti and a half-eaten chicken parm. That’s how sad this song makes me feel.”

David – 1 – “An alright promising start and then it just goes so wrong… suddenly I just hear all these sharp and cold sounds that I dislike so much in music, way too much techno, very fast it becomes an overkill. The song is just pushing the wrong buttons on me and it becomes very aggravating listening to the song.”

James – 3 – “Why do singers always ask you to say their name? Are they Candyman? Actually, calling for Candyman to dismember you with his tornado bees would be more pleasant than this stock pop song with all the cliched effects such as synthesized vocalization thrown in. And the bridge is awful where Sigmund launches into obnoxiously auto-tuned vocals.”

David – 2 – “Danish music has very rarely appealed to me and I honestly think that I would’ve enjoyed this a lot more, if I didn’t understand the lyrics. Sadly, I do and these kind of lyrics actually gets me more depressed than joyful, it becomes so desperate and poor. It has some very old Danish style to it, but again, Danish music rarely appeals to me.”

James – 5 – “Oh great, the Humor Express has rolled into town. Usually when a Scandinavian promises something funny, I experience anything but. And that remains the case here. It sounds like late ‘80s schlager, and not in a good way. Schlager is a divisive genre to begin with, and I don’t believe this to be a good example of it. There’s been a lot of dreary songs in the national selections this year, so at least points for attempting to bring a bit of simple, beer garden fun.”

David – 7 – “I remember this song as well from back in November, when we got to listen to some of the submitted songs, this was my favorite of the 30 songs we heard and I’m happy that it’s now taking part in the national final. Singing about light and hope, seems very strange though for a song, that has a very cold tone to it, but it fits with the so-called Greenlandic elements, I mean, I do get those Greenland vibes from this, but it’s still very cold and hard.”

James – 7 – “An interesting ambient pop song with some Greenlandic lyrics. Maybe because of their isolation, some fascinating music comes out of Greenland and Arctic Canada, including some truly deranged metal with throat singing and drums. I’m not asking for a Tanya Tagaq retread, however, “League of Light” touches on Greenland only lyrically and sounds like a missed opportunity to represent Greenland with something more unique. The backing track sounds like something we’ve heard at Eurovision many times before: a very safe modern pop song.”

David – 3 – “Okay… we’re back to a time where I wasn’t even born yet, so I’m already lost. Very old school style and beat. It’s always interesting listening to a style that you normally didn’t grow up with, but not when you bring back the worst kind of tunes of the decade.”

James – 1 – “Denmark’s knock-off of Maroon 5 is brought to you today by Teit Samso. An off-putting touch is Teit in the chorus describing how he likes the woman at the club’s hips and butt with children chanting “Step It Up” afterwards.  Why are there children in a nightclub dance song? And in the video, why is he singing in a high school gym and what looks like an alleyway on a council estate? And why does he dance like he’s got a bladder infection? This guy’s trying for Adam Levine but ending up like Daz Sampson. Every touch to this song is wrong.”

David – 3 – “This is so simple and plain, nothing big or spectacular about it. Of course, it’s always nice to not care and listen to something so pure and simple, but I’m missing some kind of hook, it’s way to simple. Then we even get some random French and Danish lyrics… why!?!”

James – 5 – “Oi, who brought a ukelele to Denmark? And why did she suddenly start singing in French after two minutes in English? I am guessing she’s going for modern chanson here to try cover her bases in both English and French. Either way, it’s not a remarkable song, and neither Anglophile nor Francophile will be fooled.”

David – 2 – “I don’t think I’m feeling that vibe I must say, I don’t know what the song tries to accomplish, it’s way too much techno for my style and it just breaks into an old school dance track, to the point where lyrics just a completely pointless. I honestly couldn’t even focus on what she was singing about. I feel pretty much lost, just like the decade this song comes from.”

James – 2 – “Wasn’t Leeloo the character played by Milla Jovovich in The Fifth Element? I wish this song was as fun as that movie. This is a mediocre club banger with generic lyrics describing general vibes and moods. At least Teit Samso was specific about what he wants from his dance partner. And the backing vocals are annoying. Actually, so is the lead with his/her cod Bieber impression annoying from the start.”

A tough crowd, but let’s see if James and David could find a winner from the ten hopefuls…

It seems like Julie & Nina were the combined favourite of our editors, with 14/20 points, followed by Simone Emilie with just over average scoring. So will the Greenlandic song win out in Denmark? Find out tonight!

What do #YOU think – should Julie & Nina represent Denmark? Share your thoughts with us on our forum HERE or join the discussion below and on social media!