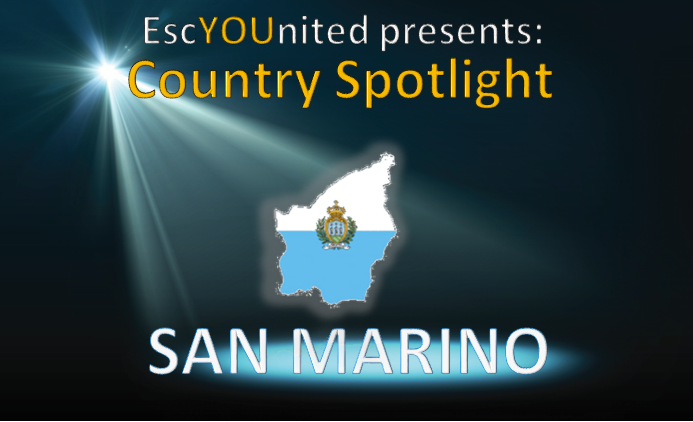 Happy April Fools Day everyone! tonight I will be breaking my analytical silence to dissect the chances of Eurovision’s most hapless country. A country so small they constantly recycle their own refuse… and everyone else’s! A country that nobody expects to own, except they did last year, randomly. A country which leaves few people indifferent. It is of course, STAN MARINO.

But first a disclaimer;

This post is an editorial and therefore heavily prone towards subjectivity, as well as strong opinions and speculation. Anything stated beyond this point is the author’s personal opinion and does not necessarily represent the views of ESC United as a whole or its other editors.

OH COME ON YOU *CAN’T* BE SERIOUS

But I am. Yes, ladies, it’s April Fools, but that’s the entire point? I am analyzing the chances of San Marino in earnest. That, is a joke in itself.

So, *what* are San Marino good at? Fan service is the honest answer. SMRTV, to their credit, have read what kind of Eurovision fan is naturally attracted to San Marino’s entries (basically anyone who loves memes and a good laugh), and have no wreached a state where they’re completely rolling with it. The average San Marinese entry of these times is camp, dated disco and that combination is enough to stir their extremely loyal fan following (and Eastern Europe who are secretly *very much* into anything outrageously homosexual shhhht) into voting for them.

Anywho, The Stan Marino’s may be a deafeningly loud fanbase with tendrils all over the internet, but I’ve never been that big of a fan of the small Italian microstate – the entire appeal of San Marino is, as it would seem, centered around being deliberately pathetic at Eurovision. This is an acceptable take if you’re a small country with puny qualification chances – I mean, you will NQ anyway, might as well NQ ~In Style~. I usually LOVE incompetence but I like it less when San Marino is involved.

You see, San Marino very often resort to intentional ineptitude to endear themselves to the general audiences – Again, ain’t nothing wrong with that, but I’m of the opinion that unintentional comedy is always, always funnier and more charming than the scripted thing. Not like San Marino can’t be funny. The criminally underrated “Social Network Song” is legitmately one of the funniest entries in all of Eurovision to me because it completely dismantles everything wrong with social media culture while simultaneously praising it <3 More often than not however, San Marino beat the same dead one-trick-pony hoping for results that are never going to manifest themselves.

Even more outrageously, I’d even posit that San Marino aren’t the best Eurovision microstate. Luxembourg are responsible for *SO MANY* comedy classics. Even, ANDORRA (remember them? ofc you don’t) were better at the unintentional hilarity game – Gisela and Marian van de Wal provided yours truly with more cackles each than the rest of San Marino has combined since their debut. Did Anita Simoncini ever look like’ an ant marching to war’? No, I don’t think so.  Did #Justice4Valentina ever make it to a Eurovision live show? Nope, never. San Marino’s entries are hinge too much on the “WELL WE ARE HERE AND WE’RE BAD PLEASE LAUGH AT HOW BAD WE ARE HA HA HA HA!” and that’s not an angle I can respect, ever.

On top of that comes the permanent problem of “WHERE DOES OUR MONEY COME FROM???”. San Marino’s entries are as cheap as they look. There’s a reason why Siegel/Monetta was their go-to composer/artist choice for three years straight. They simply cannot afford to be picky, let alone original.

Thus why Serhat was such a revelation last year: Yes, the man cannot sing, but his well-earned dentist dollars helped SMRTV to pull off a good (NOT CHEAP) staging, and a song that didn’t *try* to be funny and instead hinged entirely on its campness. This combination works, as evidence by Serhat finishing 10th in the finale televote, which is an insane result for any microstate.

So what of this year? Well, SMRTV dug up Senhit from whatever lo-fi electronic ravenest she resides at, dusted the cobwebs off her and put her forward as their artist, hungry to repeat Serhat’s stunt from last year. I lived for this choice btw, since I’ve always randomly liked Senhit in 2011, she is the kooky Eritrean aunt I never had but always wanted to have? Okay, I JUST spoke to how I’m usually not excited about San Marino, but bear with me *everything* related to Senhit’s 2020 selection was funny to me. A recap:

This storyline speaks to me, not only because the idea of Azerbaijan peddling away a reject to San Marino and then cancelling the deal when they realized that “Cleopatra” is kind of really damn’ good ‘OOPS I GUESS IT REMAINS OURS NOW BYE‘ is mind-blowingly hilarious.  San Marino’s lowbudget last-minute NF is the most quintessentially San Marinese thing SMRTV have ever done <3 “FREAKY!” winning, in what can definitely be described as a Freaky Friday Year (so many countries broke with their past in this year: Sweden sending women! Russia being fun! France sending a BBC entry! Denmark having a better NF than Estonia! The ridiculous amounts of jury sorcery that led to Erika Vikman and Bàrbara Tinoco losing in Finland and Portugal respectively! it goes on) felt so poetic that even I had to stan it. Never before had I been so close to becoming a Stan Marino than in Eurovision 2020.

So it is particularly sad that Eurovision was cancelled during such a special year, especially one where San Marino -of all countries- had the most thematically apt entry. Marcus Aurelius once said that besides Incompetence, Anger is the hardest thing to fake, so I fully believe that SMRTV’s FURIOUS reaction to ESC getting cancelled and the EBU census group invalidating all of the 2020 entries for the 2021 contest was real and rained spittle-flecked rants down on Jon Ola’s resigning head.

However, a freaky year be as a freaky year does, the cancellation of Eurovision should actually benefit San Marino more than any other country. We are living in the universe where Iceland very likely would have won (due to Netfl- jk, I’m not dumb), with a San Marinese-like entry – I won’t waste time praising Daði & Gagnamagnið now (they own, that’s all you need to know for now) but their entry possessed all the qualities San Marino wish their past entries had: funny, lighthearted, meme-worthy, memorable, low-budget. Replicating something similar with Senhit shouldn’t be difficult at all. If San Marino are smart, they will recognize their niche and come up with their own “Think about things”, “Uno” or “On fire”. If they do they might actually become… unstoppable?

Or they may just withdraw instead. Oh well.

AUSTRALIA – NOTHING HOLDING THEM DOWN
AZERBAIJAN – A Wolf In Sheep’s Clothing
BELGIUM – Sometimes It Feels Like It’s Meant To Be Broken
BULGARIA – Brand New Old
CZECH REPUBLIC – Survival of the Hippest
MOLDOVA – Miracle Memelords
The NETHERLANDS – Better Than You
NORWAY – the Northern Lights Are Dancing
POLAND – Anyone You Want To Be
SLOVENIA – Crouching Tigers, Hidden Treasures
SPAIN – Growing Spains