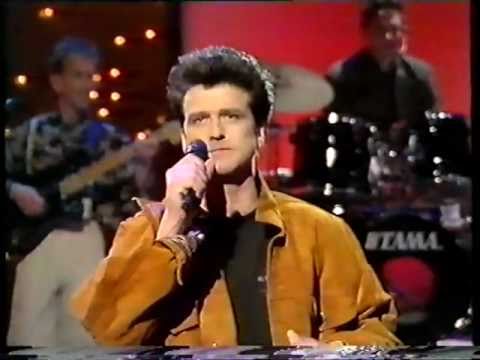 Les McKeown performing at A Song for Europe 1990

Les McKeown, the former frontman for ’70s Scottish pop sensations The Bay City Rollers, passed away at the age of 65 on Tuesday evening.

In a tweet posted by his family, his wife Keiko whom he met in 1978 and their son Jubei, McKeown passed away suddenly and unexpectedly at home. No cause of death was cited.

Born November 12, 1955 in Edinburgh, Scotland, McKeown led the Scottish five piece tartan clad pop rockers during their most successful period, joining the group in 1973. The Bay City Rollers were famously named after throwing a dart at a map of North America and it landing on Bay City, Michigan.

Though they had minor charting success in 1971 with original frontman Gordon Clark, it was shortly after McKeown joined that the Bay City Rollers struck it big in the United Kingdom, with multiple Top 5 hits in 1974 and 1975 with “Remember (Sha-la-la-la),” “Shang-a-lang,” “Summerlove Sensation” and “Bye Bye Baby.”

However, unlike many of their 1970s British glam rock contemporaries in the likes of Wizzard, T-Rex, Mudd, and Slade, The Bay City Rollers managed to parlay their domestic success into even bigger stardom internationally.

The Bay City Rollers scored a Billboard Hot 100 Number 1 in the United States in 1976 with a redone version of their earlier 1971 track “Saturday Night,” which famously has the band lead the audience into shouting out the spelling of “Saturday.”

A cover of Dusty Springfield’s “I Only Want to Be With You” hit Number 12 on the Billboard Hot 100, and “Money Honey” also struck the Top Ten.

However, fame was fleeting both domestically and internationally, and McKeown left the band in 1978 when the group decided to – ultimately unsuccessfully – rebrand as a new wave band called The Rollers. McKeown was replaced by Pretoria, South African born singer Duncan Faure.

McKeown had minor success with his 1979 formed band Egotrip and their album “All Washed Up,” but alcoholism brought on by the strain of constant touring and recording began to take its toll. He went sober after a 28 day stint at a rehab center in Southern California in 2008.

McKeown had a minor comeback in 1989 with his album “It’s a Game,” which was produced by Modern Talking’s Dieter Bohlen.

Additionally, McKeown submitted “Ball and Chain,” written by Johnny Griggs and Danny McIntosh, to A Song for Europe 1990, the Eurovision national selection for the United Kingdom.

As Gloria Hunniford said at the end of the above video, McKeown came to A Song for Europe 1990 with a “modern” adult contemporary track that would not have been unusual in the United States and the United Kingdom at the time.

However, McKeown came in 5th, with Emma’s “Give a Little Love back to the world” winning. Emma, who was the United Kingdom’s youngest ever contestant at Eurovision, came in 6th at Eurovision 1990 in Zagreb, Croatia (then Yugoslavia).

McKeown continued to record, and even joined the Bay City Rollers for a brief reunion tour in 2015.

The thoughts and prayers of ESC United are with Keiko, Jubei, and all the rest of McKeown’s family at this time.

Do #YOU still rock out to the Tartan boy band on a Saturday night? Do #YOU think the United Kingdom missed a trick by not sending McKeown to Eurovision 1990? Let us know in the comments below, on social media, or in our forum.