Home 2020 This is how the Eurovision: Australia Decides Jury Final went down! 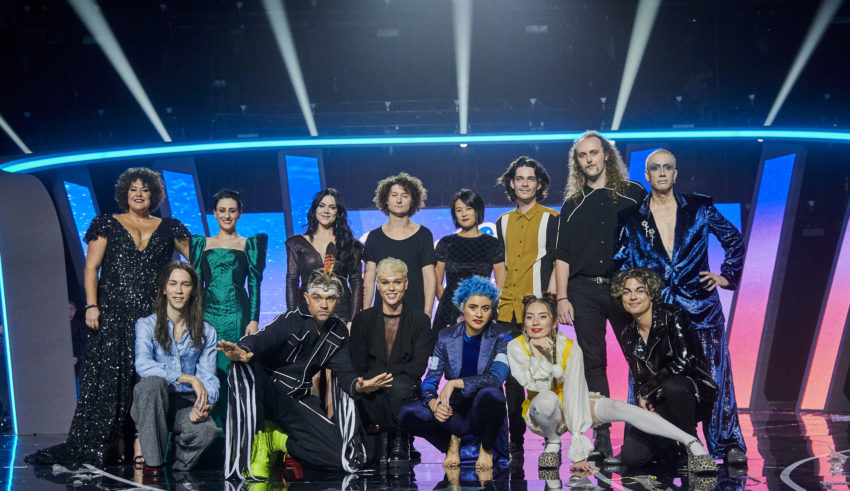 Spoiler alert: if you’re planning to go into the Australian national final without spoilers, click away now!

Tonight, the juries made their decision on who they think deserves to win the Eurovision: Australia Decides crown. All ten acts performed their songs in front of a select audience, as well as an esteemed jury of music industry professionals. The jury was comprised of: 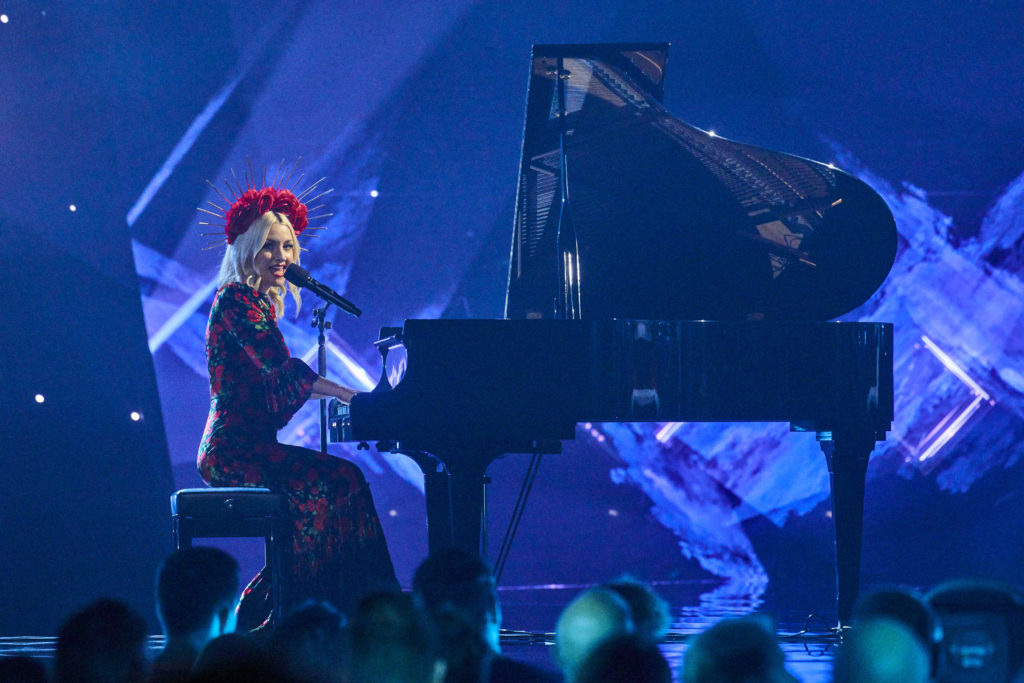 Kate Miller-Heidke opened the show with a beautiful acoustic rendition of her Australia Decides-winning song from last year, “Zero Gravity”, before the competition got underway. You can click the song names in each description below to be linked to a brief clip of their performances, thanks to SBS.

Song 1 was “Life“, performed by New Zealand-Australian glam rock star iOTA. One thing’s for sure: iOTA has a lot of energy! He moved about the whole stage comfortably in a glittery suit, with a trumpeter and keyboard player suspended in mid-air in the background. iOTA’s performance was strong, and it’s clear why he’s opening the show.

Song 2 was “Pushing Stars“, by Jordan-Ravi, an emerging singer-songwriter. Jordan-Ravi’s staging was simple – he stood front and centre with a guitar, and sang his heart out as the LEDs behind him flashed through bright colours and patterns. His vocals were near-identical to the recording, a very impressive feat for the youngster.

Next at song 3 came “Rabbit Hole“ by multi-media artist Jaguar Jonze. The initial staging was identical to the music video, with Jaguar in a yellow box, but as the chorus hits, the walls of the box come down to reveal her band on stage and the music video playing on the LEDs behind her. Jaguar is high energy, and her band has the charisma to match.

Song 4 was “Australia’s Got Talent” winner Jack Vidgen with “I Am King, I Am Queen“. Jack’s staging is simple, but effective. He has five identically dressed men on stage with him – four backing singers who stood still throughout, and one dancer who emotes the intense message of the song very well. His vocals were strong, and he connected well to the cameras.

Song 5 was Australian pop royalty Vanessa Amorosi’s “Lessons of Love“. Vanessa’s staging began with her lying on her back in a full-sized car wreck! She crawled out to stand centre stage with some powerful vocals, before an impressive costume reveal and some actual rainfall!

Next came song 6, vocal coach Diana Rouvas’ “Can We Make Heaven“. Diana looked stunning in a full-length emerald ballgown, and she stood on a podium as she sung. Her LED background consisted of dark colours intertwined with bright circles in the choruses. Diana’s voice was immaculate, and we expected nothing less from the most recent winner of The Voice Australia.

Song 7 was “Together“ by First Nations artist Mitch Tambo. Mitch appeared on stage in a jacket with tassels on the sleeves, designed to look like wings. He had four back-up dancers on stage, all in fluorescent yellow vests to match his yellow boots. The segments of the song performed in the Gamilaraay language were hypnotic.

Song 8 was powerhouse performer Casey Donovan’s “Proud“. Casey had quite a simple stage setup, which began with her staring at herself in a mirror, before the camera zoomed out and followed her around the stage. Her performance was arguably the strongest of the night vocally, and she was captivating in a black sequinned ballgown.

Next up was song 9, art pop star Montaigne’s “Don’t Break Me“. Montaigne appeared on an all blue stage, and danced fluidly as five female backing dancers tossed and pulled her around the stage. Her makeup and collar were reminiscent of a clown, and she delivered a raw, highly charged vocal performance.

The final song competing was “Raw Stuff“ by alternative artist Didirri. He was seated at an upright piano for the performance, with natural coastal settings appearing on the LED screens, and a prop of a window at the front of the stage, to recreate the feeling of being in the house from the music video. Vocally, this was also a very strong performance.

After the competing songs finished, we were treated to a performance of Måns Zelmerlöw’s “Heroes“, complete with the iconic balloon boy from his winning act in Vienna in 2015, followed by Dami Im’s new single, “Marching On“. They followed this up with a powerful rendition of their new duet, “Walk With Me“. 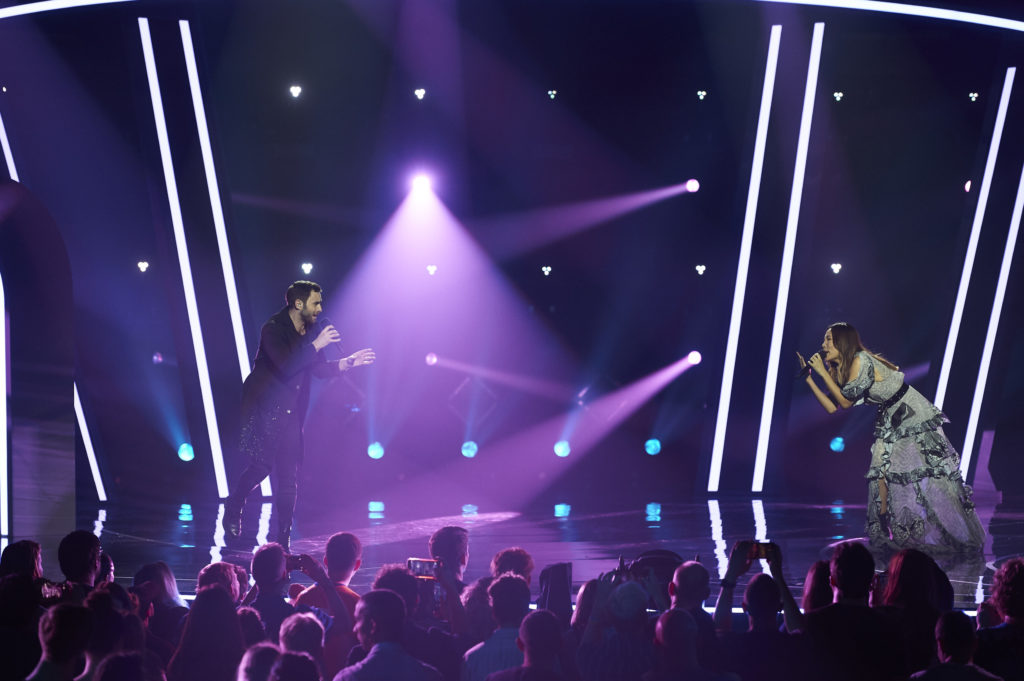 Each artist hit the stage with a contrasting, captivating performance, and we heard some incredible songs by some spectacular vocalists. Though we won’t know the results of the jury vote until the live final tomorrow evening, given how tonight’s show panned out it seems that Australia Decides is shaping up to be a close and competitive national final!

Who do #YOU want to see represent Australia in Rotterdam this May? Let us know your thoughts in our forum HERE, in the comments below, and on social media!