Home 2019 Albania: Songs and artists announced for Festivali i Këngës 57 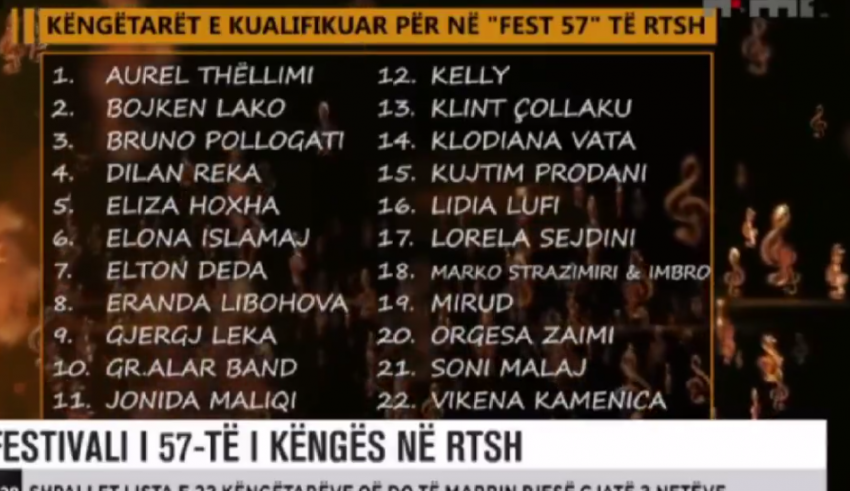 Now’s the time to get excited, everyone! The Eurovision season is fast looming and one of the horsemen of the Europopcalypse is the announcement of Albania’s hopefuls for Festivali i Këngës. This evening, this announcement was made by the Albanian broadcaster RTSH, with attention now turning towards the shows later on this year!

22 acts will perform in Festivali i Këngës, the long-running music contest that is traditionally held in Tirana every December. Since 2004 it has acted as the Eurovision selection for Albania, and the 57th rendition of the competition will be no different. Two semi-finals will be held on 20th and 21st December, with the final taking place one day later on Saturday 22nd December, with Albania once again likely to produce the first entry for Tel Aviv.

The 22 acts in alphabetical order are;

One name that should immediately jump out at FiK fans is Bojken Lako, who is taking part for the sixth time. Orgesa Zaimi has also previously taken part in 2016 and 2018.

Albania achieved one of their best results in the contest in 2018, with Eugent Bushpepa’s anthemic “Mall” finishing 11th in the final, surprising a fair few contest fans across the continent. Will Albania be able to break into that top ten this time around?

Who are #YOU most excited for from the Albanian lineup this year? Share your thoughts with us on our forum HERE or join the discussion below and on social media!