Home 2017 Yulia Samoilova from Russia: ”I don’t feel fear at all, I am going to the Song Contest” 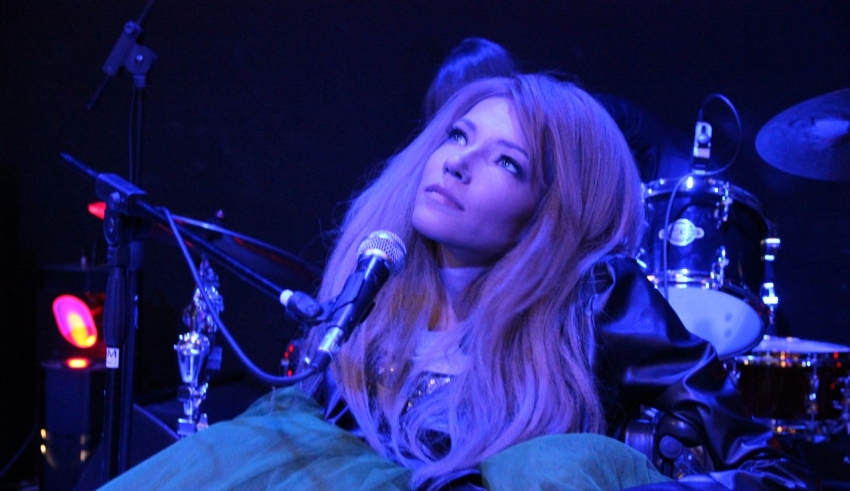 The Russian hopeful for Eurovision 2017 – Yulia Samoilova has spoken with RealnoeVremya (Russian newspaper magazin) and talked about her Eurovision appearance, potential fears of going to Kiev, discrimination because of disability and as well as about ‘evil tongues’, who accused Russia of playing the sympathy card.

The internal competitive selection of artists and songs to participate in the Eurovision 2017 finished on Sunday: the name of the Russian representative was announced just a half hour before midnight, so on Monday morning the news about the selection of Yulia Samoilova, who will perform at the Contest with the song Flame Is Burning, was everywhere. Rumours had it that instead of the name of the delegate Russia could announce a boycott of Eurovision in Kiev, but this did not happen.

A native of the Komi Republic – Yulia Samoilova has been passionate about music since her early childhood. By 27 years old, she has managed to prove herself as a talented singer, composer and lyricist. She has repeatedly won and become a winner of musical contests and festivals in Russia and beyond. Her talent has been especially highlighted by Russian pop diva Alla Pugacheva (who represented Russia at Eurovision 1997) and Yulia has won the award The Golden Star of Alla.

Since childhood, Julia Samoylova has been wheelchair-bound and she has a first group of disability. This tragic fact of her biography provoked a reaction from Internet users, who diligently began to scribble posts about the fact that Russia, by choosing Yulia as a delegate, decided to play the sympathy card.

The below is a transcript of the interview Yulia connducted with Russian newspaper RealnoeVremya.

Yulia, on Sunday it was announced that you will represent Russia at Eurovision. Could you tell us the background of your victory in the qualifying stage?

You know, I just got a call in late February, they showed me the song and I prepared it as I could in a short time. Then I was selected and they told me that everything was well. So everything was decided in late February— early March. I have dreamed about it all my life. In any of my old interviews, you can find references to Eurovision — I have always talked about it.

Is it your first international show?

Not exactly. I performed at the opening ceremony of the Paralympic Games, where I was shown live around the world.

I cannot help but ask about the song you are going to perform: how was it chosen and did it strike a chord with you?

Actually, for me it was easy. It is very melodic and it’s catchy, so I liked it from the very beginning. Then I saw the translation and I realised that this song is about me. Without a doubt, this is what I need.

Did you have an opportunity to hear the songs of your competitors? Do you have favourites?

I didn’t, unfortunately, because until February I had my very serious business — I was in rehab after surgery. In February, when it happened, I pulled myself together and set specific goals — it was important that I was selected, so I worked on pronunciation for the song and so on. In general, I have not had the time for competitors (laughs).

”I try not to read what they write online. I prefer to think about the song”

Yulia, have you ever faced discrimination in show business? Has the situation changed in some way during your artistic career?

In principle, there haven’t been a strong discrimination, everything has been relatively well. Of course, I came across different people in our region, but it’s so important. I’ve never been prohibited to perform in some concert venues.

You know, it’s a little hard to tell how the situation has changed in general since my life has changed a lot after when I appeared on TV ( laughs). In general, people become treating me better: everyone smiles… you know, when a person becomes more or less known, many doors open for them.

Do you agree that Russian society is less tolerant of people with disabilities, in contrast to the West?

You know, I don’t think so. I’ve been to many countries, so I can compare, and with full confidence I can say that it is okay in this respect in our country.

What can you say about users of social networks who condemned the selection of Russia’s representative to Eurovision and accused Russia of manipulation?

I try not to read what they write online. I have my own personal issues right now that need to be addressed, and I prefer to think only about the song and the performance.

What do you think your selection to the Eurovision means to other people with disabilities in Russia?

I think they’re proud of me. To some extent, perhaps, they have acquired more confidence in themselves. This situation with the competition shows that we are, in principle, allowed everywhere, and everyone can achieve very much in our country — to achieve their goal despite some physical moments. The main thing — to believe in yourself and work hard then everything will be fine.

Are you not afraid to go to Ukraine because of the political situation?

No, I don’t think about it at all: after all, I’m going to the song contest. So I think solely about performance and about my pronunciation. I won’t be alone at the contest — there are people from all over the world, we will be on the same wavelength. So I do not worry at all about this. For me, the most important thing is to sing the song with dignity. I have a month and a half, during which I will rehearse, and I try not to concern myself with other things.

Yulia, tell us a secret: what are your team doing several months before the competition? Is the performance already ready?

We are rehearsing very hard now, because, you know, a little time has passed since the moment of selection. So now I have to train regularly with teachers in English, of vocals, the performance of the song.

They haven’t thought the performance through yet, it is still in the stage of development, everything is being thought out. But I think the time remaining to us would be sufficient.

Yulia will perform the song ‘Flame is burning’ in Second Semi-Final that is scheduled on 11th of May.