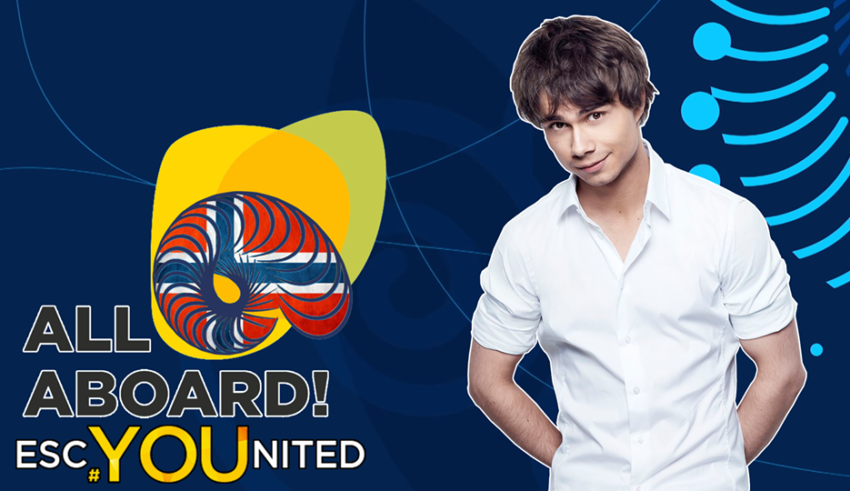 Ahead of our Norway reviews, we need to see what #YOU thought of Jessika and “Jenny B” with their offering for San Marino. Let’s take a look…

tuorem (Forum) – “This song makes me feel depressed actually… Every time I hear it, I feel the urge to get back to “Fandango” aka Jessika’s masterpiece. As I said before, I’m torn between the joy of Jessika eventually having her moment and the bitter taste of seeing her defend such a below-par entry. And Jenifer’s presence doesn’t help either: bring back IROL and release a hip-hop revamp. Thanx.”

Juliette (Forum) – “Awww. It feels like the song is just there because San Marino needed to come up with something. Not a bad song altogether, but nothing exceptional.”

A-lister (Forum) – “The chorus so rips of Måns Zelmerlöw’s “Heroes” it’s almost plagiarism! Anyways, it’s not SO bad actually, it’s the best thing San Marino managed to send to the contest since 2014, and that includes last year’s entry with ESC royalty Valentina. With that said it’s not really good either, but it’s better than a bunch of other entries, including entries from countries that on paper should be able to release far stronger stuff.”

Not a very positive response for San Marino and this shows in the ‘televote’ score – just 29 points for the 1in360 duo. Will this be enough to at least avoid last? We’ll see below. And now, on to a very familiar face…

24. NORWAY – Alexander Rybak – That’s How You Write a Song

Christian – “It is easy to hate this track but there is no room in my heart for that. The lyrics are silly and so is the song. Period! BUT having said that the performance here is SO full of charisma and charm and humour and personality that is simply turns a laughing joke into a serious dark horse. It started out so cringeworthy but the cheesy lyrics could easily be rewritten into: This is how you win Eurovision twice. I kid you not. Song 1 but live performance 10.”

Robert – “When this song turned up, I think it shook the ESC fandom to its core. What the heck was one of the biggest winners ever doing with this daft song?! Well, winning MGP, that’s what! I’m really chuffed that Rybak was able to come back with something like this – you cannot take ESC too seriously after all! It’s infectiously charming and Rybak’s stage presence really helps to sell it live. It’s cheesy as heck, but what’s wrong with that? I won’t pretend I’m totally in love with it, but it’s great to see something so light hearted and catchy: I’d love to see it do well over some of the more pretentious entries we have this year!”

Sean – “God damn you, Alexander. This is a massive step down from Fairytale (a long way to fall, sure). A cheesy pastiche from the disco era brought back to life with poor lyrics and an overly simplistic composition. And there’s even a bit of skat thrown in for good measure to really make the whole thing cringeworthy… but my lord if this isn’t completely over-written by being the most infuriatingly catchy song this year with a hell of a charming performance to boot. You win this round, Mr Rybak…”

Calvin – “There’s something vaudevillian and tongue-in-cheek about every aspect of the entry, especially the melody. It gives Rybak a chance to show some personality and have some fun. The problem with it is that it opens itself to accusations that the song doesn’t take itself seriously, which is odd from a figure granted such stature in the Eurovision community. However, the lack of cynicism in the entry, though extremely jarring, is a net positive overall.”

Connor – “Well, we have another Eurovision winner returning to defend the title, but this is not how you should do it. Rybak’s song is cute, and enjoyable, but it lacks any substance and that’s my issue with it. It’s a bit disappointing that this was the song he returned with, but this is his genre. I just wish it was less cheesy Taylor Swift circa 2009 music.”

Efe – “To me, as a person who loves and follows MGP every year, Rebecca was truly ROBBED this year. Rybak already had his chance…. Do you really believe that “That’s How You Write a Song” could win the whole contest this year? I don’t.”

David – “Alright, so now I know how to write a song… cool! But in reality, then I guess that I don’t. I honestly don’t know what Alexander Rybak was thinking with this song, considering that at some point I listened a lot to his songs, and he could just add some personal charm to his songs. I still believe he can, and yes, he can charm, but this song can’t. I’ll still admit, it’s one of those songs that sneaks into your head, but in some sort of way, you just want it out of your head.”

Zack – “Annoying. Absolutely annoying. This is no “Fairytale”. And it is perhaps difficult for us to score this song when this song can be seen as a cliffdive fall from grace. I find it absolutely cringey, from the instrumentation to the lyrics.  But dammit, it is also quite damn catchy! Argh!”

Matt – “Let’s talk about the good stuff first: The song title is memorable and stands out. And that’s it, there is nothing else that deserves recognition. Alexander may be a charismatic performer but even he can’t save this song. It’s a parody of a parody. And no, I was not hoping for Fairytale 2.0, I was just hoping for something good.”

Stefan – “We all have love/hate feelings over Alexander and his song. Was it wrong of him to enter MGP? Yes. Was it wrong to apply with song like that one? Yes. Will he win Eurovision again? No. I would be even surprised if this qualifies for the final. I just can’t figure out what the hell happened here…”

So a love or hate song from Norway this year which earns Rybak an average score of 51 points, but how will this do with #YOU? Let’s have a look at our current standings…

San Marino’s poor ‘televote’ score sees them rooted to the bottom of the songs with full points as Israel still maintain their lead on the scoreboard.

Now it’s over to #YOU – what are your thoughts on Alexander Rybak’s return to the Eurovision stage? Share your short reviews with us below, on our forum HERE or on social media @escunited and we’ll share the best tomorrow. Also, don’t forget to vote in our poll!

Tomorrow will see Belarus face the panel, so what did we make of the newly-revamped “Forever”? Not long now until we find out!