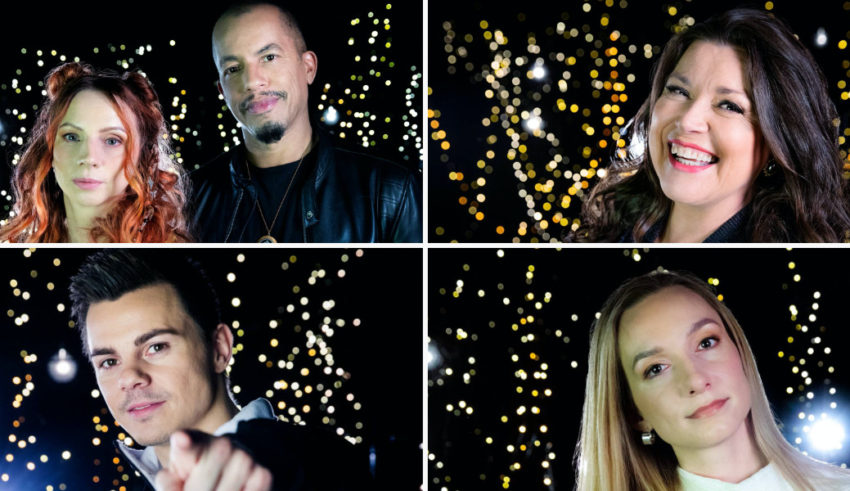 This weekend Norway’s musical tour of the country comes to a close, as we make our final stop in Northern Norway. Up until this point there has been a lot of mixed reception about the new format of Melodi Grand Prix, with some thinking it has been a celebration of regional diversity, and others believing that the qualifiers could have been easily decided by a jury. Regardless of how you feel, after this weekend it’s business as usual for the Nordic country.

In consistent fashion, Norsk Rikskringkasting (NRK) announced the 4 artists that would be competing for Northern Norway’s slot in the final this morning. The artists and songs are as follows:

All of these songs are consistent with the prior semi-finals and represent a variety of genres. Elin & The Woods’s song is a mid-tempo song infused with cultural elements and lyrics, while Liza’s song is a strong pop song about being proud of your sexual identity. Kevin’s song is the only song not in English, but rather a Northern Norwegian dialect and is a midtempo pop song to make you feel good. Finally, Jenny’s song is a jazz infused show tune full of pizzazz.

Also performing in this semi-final is Tone Damil, with her song “Hurts Sometimes”. She has been one of the most hyped contestants for MGP this year, given that she placed second behind Alexander Ryback in 2009 and her participation in Melodifestivalen in 2013 with Erik Segerstedt. She’s also released 4 albums to date, with her albums “Bliss” and “I Know” reaching gold certification.

The fifth semi-final takes place at 19:50 CET on Saturday, February 8th. It can be viewed live from the MGP website here.

What do #YOU think about these four songs? Could the potential winner come from this semi-final? Let us know your thoughts in the comments, on social media, or on our forum.