Home 2021 Music Binds Us! Afrojack, Glennis Grace and Wulf will be performing at the Grand Final as interval act 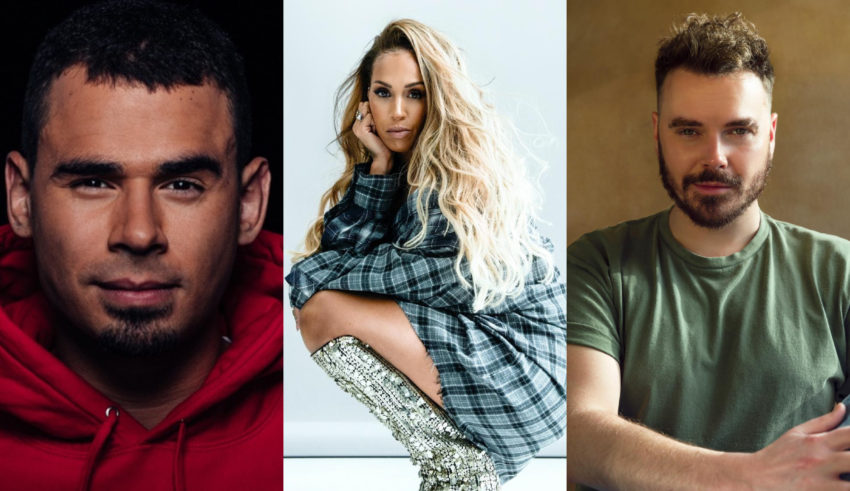 It’s just 47 days till the Grand Final of the Eurovision Song Contest 2021 in Rotterdam and little by little we get to know how the show will look like. Today, Eurovision.tv announced that the world-renowned Dutch DJ Afrojack will perform as an interval act at the Grand Final. He will be accompanied on stage with 2005 Dutch representative Glennis Grace, Wulf and a classical orchestra consisting of young talent and will give us a spectacular show, under the name “Music Binds Us”

The act consists of 2 parts and will be linking classical and dance music. In the first part, the music will be featured in a film directed by Dutch director Tim Oliehoek (Best known for his movie Vet Hard!) Afrojack and the orchestra will be joined by singer Wulf in Rotterdam itself. We probably will see them in the centre and on the well known Erasmus Bridge. Last weekend, recordings from the famous Erasmus Bridge already surfaced on Social Media, so big chance that this was a recording session for the interval act.

Back in Rotterdam Ahoy, Afrojack will be live on stage with Glennis Grace to bring this act to a musical climax. Executive producer Sietse Bakker is very happy with this line-up:

“We want to show the best that The Netherlands has to offer during this edition of the Eurovision Song Contest. Not only with Afrojack but also with top vocal talents like Wulf and Glennis Grace. Tim Oliehoek is also one of the best directors of The Netherlands in my opinion. It will be interesting to see what he will create with this unique project. The orchestra consists of young talent and has been formed specially for the Grand Final. After this difficult year I hope that during this act all of Europe can forget the bad times for a while. “

Nick van der Wall, better known as his stagename Afrojack, is probably the most popular name of this line-up. He’s one of The Netherlands biggest DJ’s , regularly getting featuredas one of the ten best artists in the Top 100 DJs published by DJ Mag. He first received international success with the song “Take Over Control” featuring Eva Simons, which charted in 10 different countries. In 2011, he received a grammy in the category Best Remixed Recording, Non-Classical for the song Revolver (David Guetta’s One Love Club Remix)” which was a remix of Madonna’s song Revolver and was made together with David Guetta.

Eurovision fans will probably remember her name from her participation at the Eurovision Song Contest in 2005. Back then, she represented The Netherlands with her song “My Impossible Dream.” The song received 53 points, placing 15th in the field of 25 and failed to qualify for the finals.

In 2018 Glennis Grace decided to participate in America’s Got Talent. During her audition she sung Whitney Houston’s Run to You and received for Yes votes from the jury. In the final she sang the song Run by Snow patrol and got a standing ovation from the judges and audience. Sadly, Glennis didn’t make it into the top five.

Maybe the least known name of this line-up. Lieuwe Albertsma, better known as Wulf, is a dutch singer. In 2012 he already auditioned for The Voice of Holland, however none of the judges decided to turn their chair for him. It didn’t stopped him from making music. Five years after his audition at The Voice of Holland, he released his song Mind Made Up, with which he won an Edison award in 2018, the most prestigious music award in the Netherlands.

Afrojack, Glennis Grace and Wulf are not the only interval acts in the Grand Final. Reigning champion Duncan Laurence will debut a brand new songs live on stage during the show. Six other legendary Eurovision winners will “Rock The Roof ” of 3 unique buildings in Rotterdam. These acts are: Lenny Kuhr (De Troubadour, 1969), Teach-In with Getty Kaspers (Ding-a-dong, 1975), Sandra Kim (J’aime La Vie, 1986), Helena Paparizou (My Number One, 2005), Lordi (Hard Rock Hallelujah, 2006) and Måns Zelmerlöw (Heroes, 2015).

Duncan Laurence will also open the First Semi-Final with an act that celebrates the return of the contest. Breakdancer Redouan Ait Chitt (better known as Redo) and acclaimed Dutch singer Eefje de Visser will open the second Semi-Final of the Eurovision Song Contest in Rotterdam, with a unique performance.

Are #YOU excited for the interval acts?  Share your thoughts with us on our forum HERE or join the discussion below and on social media!