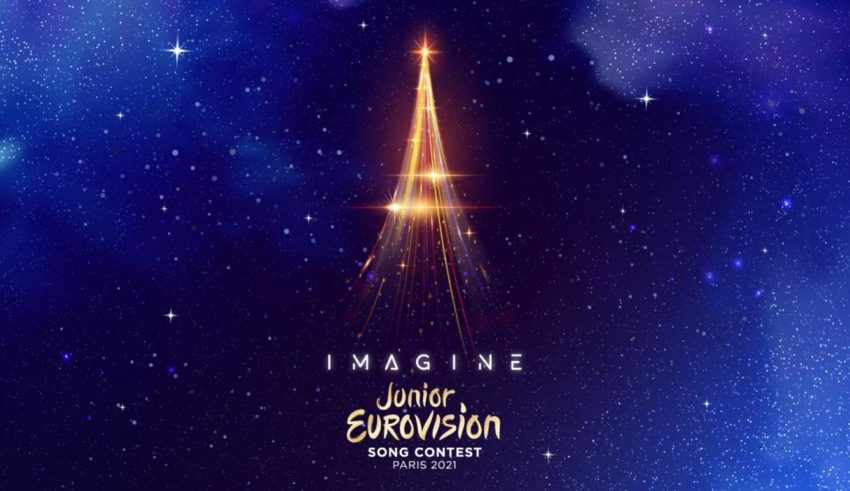 The EBU and host broadcaster France Télévisions have revealed the logo and artwork for the Junior Eurovision Song Contest 2021!

The contest will be held in Paris on Sunday, December 19. According to junioreurovision.tv, the artwork drew inspiration from three different elements: imagination, Christmas, and the host city itself.

The logo bears more than a passing resemblance to both a Christmas tree, fitting due to the season in which the contest will be held, and the Eiffel Tower, an enduring symbol of both Paris and France as a whole. It also resembles a rocket. As the EBU said in its press release, “the rocket has always been a way to touch the stars and represents the imagination.”

The slogan for this year’s contest is “Imagine”. This, of course, is a reference to ‘J’imagine’, France’s winning song at Junior Eurovision 2020. Sung by then-11 year old Valentina and co-written by eventual Eurovision 2021 2nd place-finisher Barbara Pravi, that song’s victory is the reason the City of Love will be hosting the show in December.

The EBU summed up the spirit of this year’s contest in its press release, stating, “imagination is the playground of the mind to build a better world, a new world. The power to imagine is infinite, especially for children. And it is something we need more than ever today.”

What are #YOU most looking forward to about JESC 2021? Let us know on our forum HERE, or join the discussion below and on social media @ESCUnited!