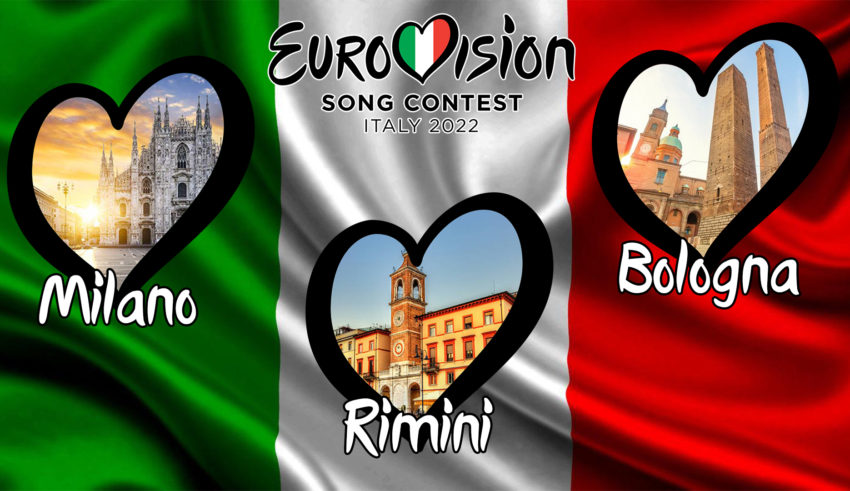 As the days go by, we move slowly toward next year’s Eurovision Song Contest and learn more and more details. Today, it is reported that, from the 17 candidate cities, only 5 remain in the race for hosting duties next year.

It’s important to point out that these are unconfirmed reports and are not yet fully confirmed by either the EBU or RAI, the broadcaster responsible for mounting next year’s contest. Local Italian news outlets have today reported that only 5 cities remain in contention. Among them are some clear favorites, but also some surprises.

The 5 cities reported to remain in the running are:

Surprisingly enough, this means that Rome, the great Italian capital, has been taken out of the race, and will therefore no longer be in contention for hosting the contest next year. The lovely city of Sanremo, which annually hosts the beloved Festival di Sanremo that is traditionally used as Italy’s method of selecting its Eurovision act each year, is also out of contention.

Both the cities of Pesaro and Rimini, on the other hand, remain in contention, showing that even small cities can make an impact. However, there should be no doubt that the three favorites for the hosting gig remain Milano, Torino, and Bologna.

An exact date on when the official host city will be announced is still unknown, as is the exact date in May 2022 on which the contest will take place.

When RAI and the EBU launched the bidding phase, they listed a number of criteria they were seeking from a potential host city, such as a suitable venue, a nearby international airport, hotel rooms for more than 2000 visitors, and more. The airport criteria puts the cities of Pesaro and Rimini at a disadvantage, since the largest nearby airports would be either in Bologna or Firenze (Florence).

Meanwhile, even though all 5 candidate cities have potentially suitable venues, other limitations may get in their way. The Mediolanum Forum in Milano, for example, is not placed high enough and barely fulfills the criteria for the roof’s height placement, coming in just below the needed 18m. Despite this, Milano DOES have the largest airport among the remaining 5 cities.

What may set Torino apart as the current front-runner for hosting the contest are preparations the city was rumored to be undertaking in the lead up to the 2017 contest. As Francesco Gabbani was declared an early favorite to win that year, Torino reportedly was already planning to potentially host Eurovision in 2018. Italy ultimately lost to Portugal that year, but hopes have remained very high since then. Hosting in Torino could give viewers around the world a look at a side of Italy that isn’t as often seen as Milano or Rome.

One thing is for certain: with the 5 alleged cities left, it’s looking like the contest will be held in the northern part of the country.

The 2022 contest will be held in Italy due to Måneskin’s victory at the 2021 contest with the song “Zitti e Buoni”.

Out of the reportedly remaining 5 cities, which one do #YOU most hope hosts the contest, and why? Which one are you rooting for the least, and why? As always, check us out on social media or at our forum HERE to share your thoughts.