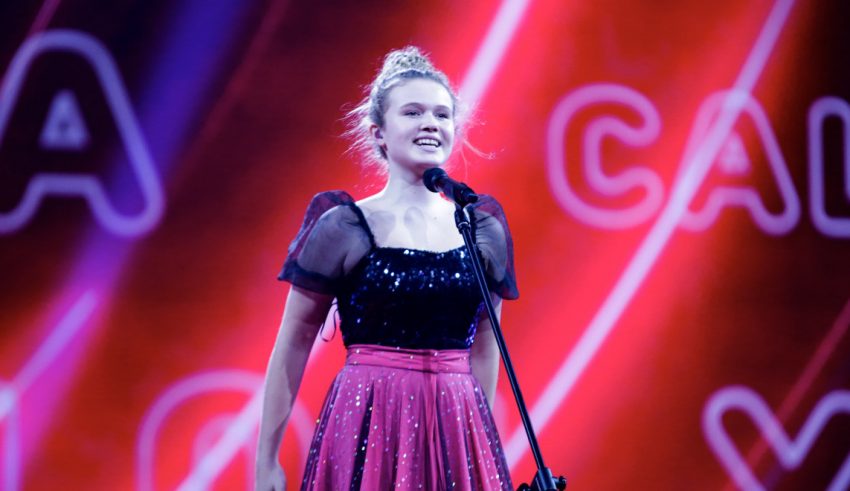 It’s 2 days to go until Junior Eurovision 2019, and we are counting down the 19 nations who are participating in Gliwice-Silesia on Sunday, November 24, 2019.

For our last country review for the Junior Eurovision 2019 season, we check out Wales. If the Netherlands are looking to make it a winning Eurovision double for 2019, Wales will be looking to avoid a second consecutive last place and the United Kingdom’s second last place for 2019.

This will be brief, then. Wales debuted at Junior Eurovision 2018 with Manw’s “Perta.” That song came in 20th and last. Wales was able to enter Junior Eurovision as the United Kingdom had not entered since coming in 14th with Joni Fuller’s “How does it feel?” in 2005. Oddly, the United Kingdom had a decent record, Tom Morley coming in 3nd to Dino Jelusic’s inaugural contest winner in 2003 and Corey Spedding coming in 2nd in 2004.

As the British Broadcasting Corporation (BBC) chose not to enter, Wales’s Sianel Pedwar Cymru (S4C) saw an opportunity to enter Junior Eurovision as a separate part of the United Kingdom instead, and did so in 2018 with the idea to spread the Welsh language across Europe. You may have noticed that to date, especially in 2019, a year of some very clumsy usage of English to skirt by the 60/40 native/foreign language rule, neither Welsh entry has used English, even though Wales is permitted by Junior Eurovision rules to sing entirely in English. Malta also has a similar advantage as English is one of two official languages there, should they choose to use it (and they often do).

As for the potential for two consecutive last places including your debut and second appearance, Wales would not be the first to do that should it come to that. Poland came in last in both 2003 and 2004. And look what eventually happened to them!

Wales again used Chwilio am Seren (Search for a Star) as the process to find their singer for Junior Eurovision. As with Junior Eurovision 2018, broadcaster S4C held open auditions, and they were whittled down to about 20 acts. From there, the mentors coached the acts, paired them up if they felt they’d be good as a duet or a group, and then went on television where they were eliminated until the Grand Final, where the song would be revealed and based on their performance on that song, would be selected.

Connie Fisher and Tara Bethan returned as mentors to help the child performers as they progressed, while Lloyd Macey replaced Stifyn Parri for 2019.

Fisher is an actress and singer who has made a career out of playing Maria Von Trapp from The Sound of Music, while Bethan is another musical theater veteran who also recorded several Welsh language songs. Macey is a 25-year-old singer who made it to the Semi-Finals of X Factor.

We actually wrote a preview of the Wales national selection final before Tuesday, September 24, 2019, wherein there is a bit of detail about the finalists and their road to the final.
The duet of Mackenzie and Rhiannon, Cerys, and Erin Mai progressed from the final six into a second round, where all three acts sang the Junior Eurovision 2019 song and another Welsh song. Viewers watching the final had a chance to vote, and by a combination of jury and televotes, Erin Mai was declared the winner.
The Artist:
Erin Mai Grove from Llanwrst, a small North Wales town on the edge of Snowdonia National Park, was born in 2006. Erin Mai attends Pearl Shaw School of Performing Arts, and focuses on dancing and acting.
Erin Mai is also a pro at clog dancing. As she told junioreurovision.tv, “We have a lot of old traditions in Wales, so I’m really excited to bring our tradition of clog dancing to the Eurovision stage! It’s such an old dance, but I can’t wait to show Europe and the world that old traditions can be contemporary and hopefully, really cool.”

“Calon yn Curo,” which means “Heart Beating,” is writing by performers known to the Eurovision world at large – two of the three writers in Sylvia Strand and Jon Gregory were part of Jon Lilygreen & The Islanders whose “Life Looks Better in Spring” came in 21st for Cyprus at Eurovision 2010.

According to Erin, “Calon yn Curo” is “about the moment before you step onto the stage. The stage can be anything, from the Eurovision stage to a football pitch, to stepping up to those people being nasty to you. Once you get over the nerves and build up the courage, you can achieve anything, and then share that special moment with everyone around you.”

This is what our editors had to say about “Calon yn Curo”:

Boris – 6 – “A fun folk/rock song that sadly follows the Levina Paradigm of “needlessly refusing any orchestration despite needing it badly”.”

Connor – 4.5 – “Okay the revamp version of “Calon yn Curo” is so much better than the original because it’s better balanced and it also has that fun violin piece. However, there are still parts that feel a bit incomplete. I feel like the verses are great with that simple guitar rift, but it could benefit from some synth or piano line as well. I’m not sure what it is that’s missing. Erin’s voice is perfect as is though, and I love the little Riverdance moment in the middle. I hope that stays!”

Daniel – 4 – “A cute song, Wales is infusing modern elements with more traditional aspects. The string instruments may be my favorite part. The song might struggle to find the adequate staging and may get lost by some of the other power ballads.”

James – 9.5 – “A great, simple stripped down folk rock song of the sort that was big on American college radio in the 1990s. I thought Wales’s debut in 2018 was a dud, but “Calon yn Curo” is fantastic. And I know us Eurovision fans are all about the key change, and this song nails that after a neat little bit of percussion at the bridge. I fear Wales may end up dead last again, despite the considerable improvement and “Calon yn Curo” being one of the United Kingdom’s best performances in any Eurovision contest for some time.”

Melanie – 3.5 – “I think that the biggest problem with this song is that the production is really basic. The violin in the chorus just doesn’t really fit in and that snare drum just sound weird. Also the wow wo wo oowhhh part just sound cheap. It really just is missing a lot of body instrumental wise and that’s why I’m afraid it’s not going to do well in Poland.”

Roy – 3 – “Erin is a good singer, let’s start with that. Lyrically this song isn’t very interesting to me with all of the “ooh’s”. I am not a fan of her voice while singing these “ooh’s” and it is the main part of the song. That doesn’t help the scoring of this song. Besides this, I feel like the song is kind of amateuristic. It is like Erin sang the song acapella at first and then the Welsh threw a bunch of instruments and sounds towards it. They kind of did a half-arsed job with it and the singing feels very disconnected from the instrumentations. This could of course be less of a problem when performed live, but that still doesn’t make this a good song to me. I am sorry Wales, I liked last years song, but this year I am not a fan.”

Sean – 6 – “It looks like the Welsh are already beginning to make a habit of sending cute, uplifting songs that many will like but not many will love, and I fear this is the same with Calon yn Curo. It’s musically more interesting than last year’s entry, but – as ridiculous as this next bit may sound – it’s too twee for Junior Eurovision these days. I appreciate what they’ve done, but can’t see Wales finishing much higher than last year. The UK Eurovision curse may carry on…”

Stefan – 5 – “Is it just me or it sounds a bit unfinished, like it’s a demo? I loved their last year entry and this is just wrong. She also looks like she’s constipated. I mean really girl, relax, you are gonna be singing in front of millions of people, but no stress, chill. 😀 ”

All countries have been reviewed and their scores tallied, and here are our final rankings for Junior Eurovision 2019:

Unfortunately for Wales, the only editor to rave about “Calon yn Curo” is the one with the Welsh connection. Some felt the instrumentation was too basic and it wouldn’t stand out among the competition.

At the conclusion of our series, it appears that France’s Carla was our runaway nominee for winner with near unanimous praise and a staggering average of 9.0. We shall see if that is the same result at the tournament itself. By our ratings, Internet favorite Poland will come in 2nd, surprise outside favorite North Macedonia will be 3rd, Armenia will be 4th, and shock comeback country Spain will be 5th. Portugal is, unfortunately, our combined vote for last place.

And a special thank you to #YOU for checking out what a random assemblage of foreigners from ports near and far had to say about the children’s version of our favorite international singing contest. See #YOU on the flip side.

What do #YOU think of “Caron yn Curo”? Will it be last, or do #YOU think it could surprise the doubters and finish high? Let us know in the forum, in the comments below, or on social media.