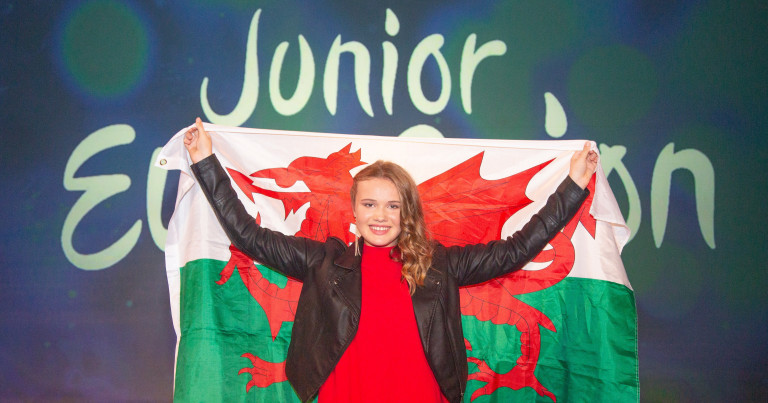 In addition to the reveal of Kazakhstan’s official video and song title, four other countries revealed their official videos for their Junior Eurovision 2019 entries: Albania, Poland, Portugal, and Wales.

In two instances (Poland and Wales) we had already heard national selection performances, and in the other, we already knew the song title and composer details and overall theme of the song.

First up, Wiktoria Gabor, representing the host nation of Poland in Gliwice-Silesia on November 24, 2019, released the official video for “Superhero.”

Next up is Wales, and Erin Mai’s entry “Calon yn Curo.” This Welsh language entry was co-written by two members of Jon Lilygreen and the Islanders, Cyprus’s representatives at Eurovision 2010 with “Life looks better in Spring.”

Erin Mai triumphed over five other acts in the Chwilio am Seren national selection final on Welsh broadcaster S4C. Wales will be confident that they can improve on their debut at Junior Eurovision 2018, where they came in last place.

The final song released today is Joana Almeida of Portugal, and her song “Vem Comigo” (Come with me).

Who do #YOU think, of these four, is the most likely to take the victory at Junior Eurovision 2019? If not, which do #YOU like the most? Let us know in the comments, in our forum, or on social media.