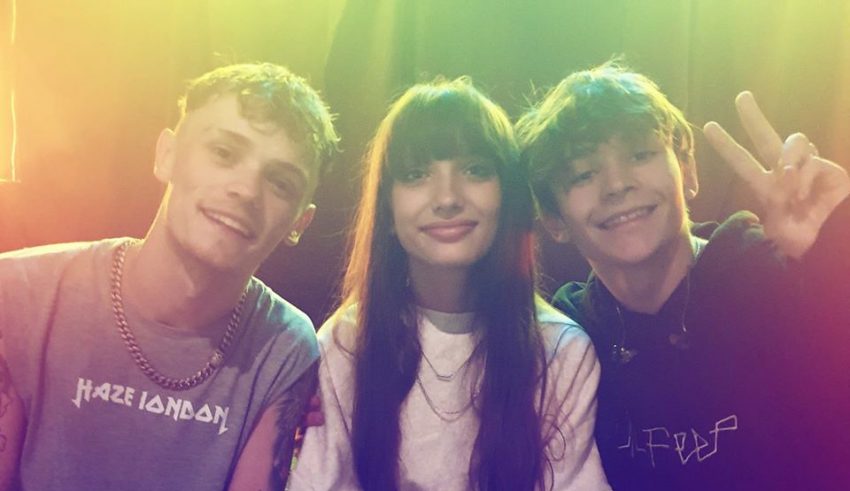 It’s 8 days to go until Junior Eurovision 2019, and we are counting down the 19 nations who are participating in Gliwice-Silesia on Sunday, November 24, 2019.

Every day we will do an overview of a participating nation in alphabetical order, recapping how they got to Junior Eurovision, a brief history of the nation’s participation, a brief biography of the artist, and finally, our “expert” panel of editors will give the entries a score out of 10 and a brief review.

Next up we check out Poland, the host nation as well as the defending champions.

Poland was one of the countries in the very first Junior Eurovision in 2003. They came last. Poland re-upped in 2004 and came in last. Poland took this as a sign, withdrew, and would not return until 2016.

She screamed it from the top of her lungs and delivered Poland’s first ever win at an EBU event. At present, her official video at over 30 million views is the most watched video in Junior Eurovision history.

To date, no Junior Eurovision host has won the contest, with the closest being Georgia’s 2nd place finish at Junior Eurovision 2017 in Tbilisi, Georgia. Could Poland create history with a win in their own backyard?

Born July 24, 2007 in Germany, Viki Gabor has also been raised in the United Kingdom and Krakow, Poland.

Viki was a finalist on this year’s season of The Voice Kids Poland, and achieved a hit with her debut single “Time.” Her high profile has already generated a lot of buzz in Poland, with that buzz being infectious and generating a lot of interest elsewhere.

Adding to the hype of Poland’s entry this year is who they selected as songwriters. First up, we have Małgorzata Uściłowska, who is better know by her stage name Lanberry. She came in 6th at Krajowe Eliminacje 2017, Poland’s national selection for Eurovision 2017, with “Only Human.” She has released two albums, but also had a Number 1 hit in Poland with “Gotowi na wszystko.”

The next composer on the single will certainly raise a few eyebrows. Patryk Kumór is keyboardist who has performed in metal bands, primarily progressive metal band Division by Zero and symphonic black metal band Darzamat. Kumór, performing under the name Specter, was the keyboardist and chief arranger on Darzamat’s 2005 album “Transkapartia.” Those interested in the early state of blending symphonic and orchestral elements with extreme sub-genres such as black metal or death metal will get a kick out of this album. Though Septic Flesh, Carach Angren and Fleshgod Apocalypse are the big names in the symphonic metal genre these days, Darzamat are a well-known and underrated symphonic metal band who bridge the sound between the current and the sounds of Dimmu Borgir and Cradle of Filth.

From the lyrics in the official video, no prizes for guessing what the song is about. Yes, it’s another one for the unofficial theme of Junior Eurovision 2019 (i.e. environmentalism).

This is what our editors had to say about “Superhero”:

Boris – 8.5 – “This dope beat launches this song into an upper quality orbit around Gliwice-Silesia, where it will inevitably get murdered by overearnest kiddie jurors. *sigh*”

Connor – 7 – “Alright so last year I wasn’t too sure on how Poland would do in the contest, but this year I feel much more secure that they could easily place top 5. This song is very clean and well-constructed, and I love how the track really builds and changes itself up as it goes along. That string/sitar like motif is killer. My only concern here is that there are some more impactful tracks in the contest, so it could be upstaged if they don’t do this in the right way live.”

Daniel – 8 – “If it isn’t broke, then don’t fix it. Poland has taken the formula of a modern, edgy song with a strong female vocal and in some ways made it even better. This song and Viki have certain dark pop elements (a la Dua Lipa) that extremely relevant today. While the song is not particularly the most original one, it still sounds well-produced.”

James – 7.5 – “This is a slick, modern pop song, and it hews to the unofficial theme of Junior Eurovision 2019 with the environmental message. The official video has her playing “too cool for school,” and translating that attitude literally to the staging could backfire. As will the kids Burning Man in a Polish field vibe for any song running under 180 bpm. It does have a memorable synthesizer riff running throughout, the repetitive “na na na” is surprisingly catchy, and Viki is a great singer and a popular performer in Poland. This is Poland’s Junior Eurovision to lose. And if they act like that in the performance, it will be their undoing.”

Melanie – 9 – “Please Poland, can you send Viki Gabor to Eurovision 2020 in Rotterdam? Poland is sending us an perfect package; An artist with an own style, great melody and instrumentation, meaningfull lyrics with a na na na na part that will be stuck in your head weeks after JESC and don’t forget that this girl can sing. Most of the time I hate it if the host country would win again, but this year I really don’t mind if Poland would win again.”

Roy – 10 – “Yes, I finally did it! I gave a perfect ten for a song. This is my first time ever for not only ESC United, but also when I wrote for my own little blog. This just sounds like a super smooth and polished pop-song that could have been from a massive popstar. Yet it is sung by a young girl with great vocals. The production of this song is perfect, the distribution of the Polish vs English is perfect, the melody after the chorus is perfect. This is just the perfect (junior) Eurovision song. Poland could become the very first country who wins back to back and I would love it since it is with this song! I have nothing to nit-pick on, I just hope that they also nail the staging. perfection from Poland!”

Sean – 6 – “So I’ve read and gathered that this year’s host country is also the favourite to take home the title once more. I can see why many are impressed, but this just seems like a slight cacophony of different elements and I’m not sure it works for me. It sounds like there are Middle Eastern elements mixed with dance pop and this jars a little with the mixture of English and Polish. It’s an enjoyable three minutes but also makes my head spin a little.”

Stefan – 10 – “This will rock the stage in so many good ways. I really think that Viki can make a second consecutive win for Poland. The only thing that could stop her is that Superhero is just another song in the sea of “let’s save the planet” songs. Greta really had an impact on people, wrong people.”

Thirteen countries in, here are our current rankings:

Our man from the Midlands is again the lone voice of dissent as Viki Gabor earns two perfect 10 scores and an 8.25 average, putting “Superhero” in the excellent range. After eking out 2nd place with 0.5 points above Mila Moskov’s “Fire,” Viki is another JESC entrant who, quality wise, comes close but not quite close enough to top Carla’s staggering average of 9.0 in our “expert” ratings. Will any of the remaining six contestants come close?

Do #YOU feel “Superhero” will deliver a second successive victory for Poland? Or do #YOU believe the hype will deflate as many other Eurovision ghosts of contests past have? Let us know in the comments below, on our social media, or in our forum.