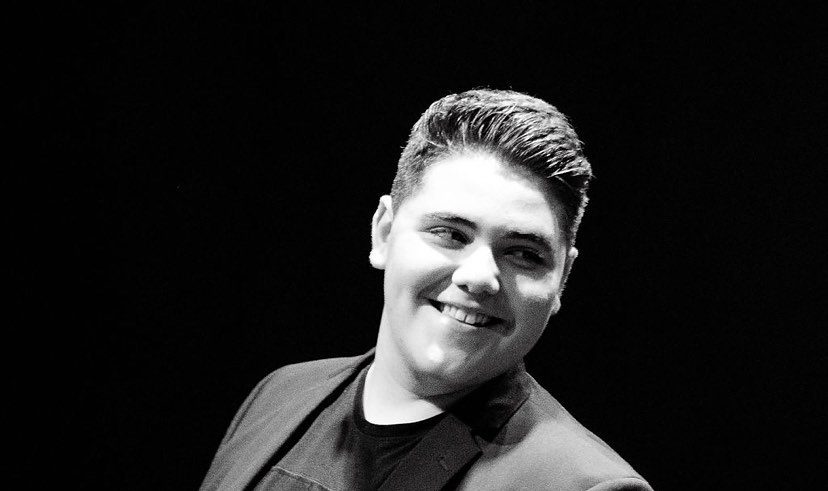 It’s 17 days to go until Junior Eurovision 2019, and we are counting down the 19 nations who are participating in Gliwice-Silesia on Sunday, November 24, 2019.

Next up we check out Australia, a country that has been in top tier of Junior Eurovision ever since their debut in 2015.

There’s a lot of bronzer being applied on Bondi Beach, and similarly for Australia, half of their four appearances since their debut in 2015 with Bella Paige’s “My Girls” have been third place. Isabelle Clarke’s “Speak Up” came in 3rd in 2017 and Jael Wena’s “Champion” came in 3rd in 2018.

As with the adult version of the contest, the majority of Australia’s points come from the jury. Is this due to professional juries being bedazzled by Australia’s slick productions or due to an intolerable and vocal minority who still can’t get over Australia being in a Eurovision event? Spoiler Alert: 2019’s entrant is not going to settle this debate.

Curiously, the largest amount of Australia’s jury points thus far has come from Georgia, which certainly disabuses one of the notion of regional voting in the junior contest, unless there is an Antipodean-Caucasian alliance that I am unaware of. #keepongoingonwalkabout?

This part will be brief. Jordan Anthony was internally selected by broadcaster Australian Broadcasting Corporation (ABC). Special Broadcasting Service (SBS) is in charge of the adults. Given how Eurovision fans took to Australia Decides, and how popular kids talent shows are in Australia, perhaps ABC could consider a similar national final in the future? It’s obvious they take pride and provide the cash to make sure their contestant has a slickly produced and staged entry.

Jordan Anthony Rabbone was born in Perth, Western Australia, on December 17, 2004, narrowly making the top end of Junior Eurovision’s age cutoff for 2019. As many have pointed out, Jordan is the first male representative for Australia at the contest. Pointing that out is a bit weird, as you’d imagine that it’s something Tony Abbott would say before yelling “WE AIN’T PC SJWs!” and ripping off his shirt and diving into the sea.

Now you’re going to find many alumni of Idol / X Factor / Voice represented at Junior Eurovision this year, but unlike those kids Jordan entered the adults version of The Voice Australia. Mentored by Delta Goodrem, who co-wrote Australia’s Junior Eurovision debut “My Girls,” Anthony managed to finish in 4th.

“We Will Rise” is written by Jordan himself and MSquared. Jordan told junioreurovision.tv that it is meant to be a self-belief ballad to help you lift yourself above your current malaise.

“When I started writing [my song], it was after my time on The Voice Australia. I was feeling in a really negative place, feeling overwhelmed at school and at home. This song is about knowing that those times of doubt and struggle will pass and there is hope. We just need to draw upon the strength within and from those around us and know that your time will come and we will rise.”

MSquared also wrote and produced Jael Wena’s 2018 entry. MSquared is the team of Michael Paynter and Michael Delorenzis, an experienced Australian duo who teamed up after creditable careers of their own. Paynter had some minor hits as a singer in his own right, with “Closer” being a charting hit in Australia back in 2008, even if he comes off as the love child of Adam Lambert and Daughtry. Not a bad thing. Delorenzis worked in Los Angeles and Nashville as an engineer. Together, MSquared (for those not solid in Arithmetic, that means Michael x Michael = M to the power of 2, geddit?), produced Anja Nissen’s “Where I Am” for Denmark at Eurovision 2017.

Boris – 2 – “The unwritten rule of JESC is “music by children, for children”. This middle-of-the-road Idol Coronation song is neither. Why do Australia insist on participating in JESC if they don’t plan on adhering to this very simple rule and just send the same insipid, insincere “Belyf In Urselv” humbug every year? Oh right, because juries ‘love’ that, somehow. Australia, at least make some effort to be fun.”

Connor – 5 – “Props to Jordan for being the first male participant for Australia in JESC! When I first heard this I immediately dismissed it, because it’s just another happy “don’t give up” pop song from Australia that we’ve heard from them for years now. While I’ve listened to the full thing now, there are some redeeming qualities, but not enough to salvage the song. I enjoy the piano line for the song, and Jordan obviously can sing no doubt. But there are so many times in this song where it flips from “not enough” to “whoa way too much” and they never found that happy middle. It’s not my favorite of the competition.”

Daniel – 4 – “Jordan can truly sing, no doubt about it. This song sounds like what you would expect from the Australian pop scene, and whether that makes it sound formulaic or well-produced is up to the listener. To me, this song is a good sounding song with a strong voice but quite a repetitive and formulaic chorus.”

James – 6.5 – “Jordan is very big on self-belief in his song and personal life, and that is an admirable attitude to bring to JESC. Jordan is a powerful and charismatic performer, but unfortunately has been saddled with a paint by numbers Idol / X Factor / Voice winner tune. For a “believe in yourself” track you want something a little more idiosyncratic and personal, and I feel Jordan was betrayed here. This is the most professional track in the competition but comes off a little antiseptic. When Jordan truly finds his own voice and wants to announce it to the world, I will be ready to hear it as technically he is quite the talent.”

Melanie – 5.5 – “Australia really brings diversity to the adult Eurovision Songcontest, but in Junior Eurovision they
sending the same kind of song over and over again. Jordan is singing an average pop song that we’ve heard before. The song is okay but it doesn’t excits me. And that’s too bad, because Jordan is a good singer and deserved a better song.”

Roy – 4.5 – “I am glad that Australia finally sent a guy to the contest, but I wish that they would be a bit more creative with their songs in the future. I just don’t really know anything to say about it. It will probably do really well with the judges since it is a basic slick pop-song, but that doesn’t mean that it is really good. I guess I am just sick and tired of Australia singing the same type of “safe” songs. I don’t want to discredit Anthony because he is really good, but I can’t give more than a 4.5, I’m afraid.”

Sean – 5 – “Standard pop ballad fare once again from Australia who are making a habit of sending this type of track to Junior Eurovision. Pleasant enough to be passable for radio but nowhere near remarkable enough for me to be in any way enthralled by this. Will probably finish somewhere in the region of 5th.”

Stefan – 6 – “Rise hire fire. What’s next? Desire? Seriously Australia, seriously? Jordan’s voice is amazing, but he looks like he’s in college. What are his parents feeding him? 😀 I can bet we will see loads of fireworks in his performance.”

Three countries in, here are our current rankings by ESC United editor scores:

Overall, the ESC United thought that Anthony is a great singer let down by a generic song.

What do #YOU think of Jordan Anthony’s “We will rise”? Do #YOU agree with the editors, or do #YOU think anti-Australia-at-ESC snobbery is at work again? Let us know in the comments below, in our forum, or on social media.