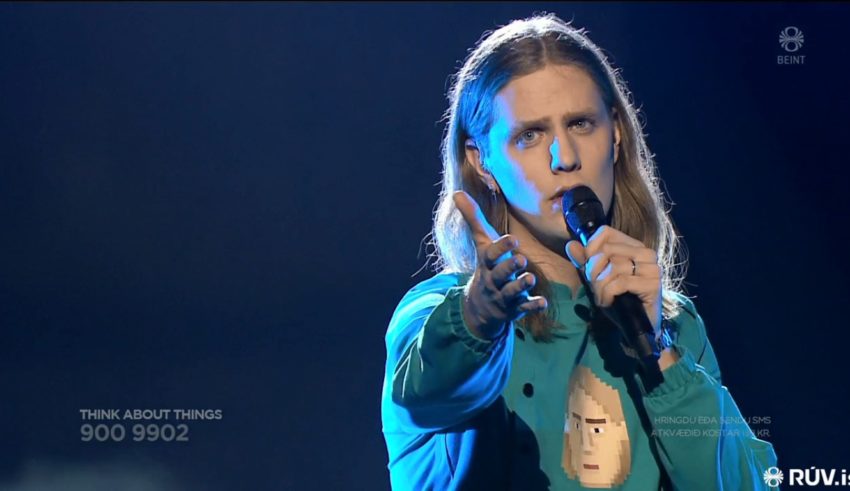 Daði & Gagnamagnið won Söngvakeppnin 2020 and will send “Think About Things” to Eurovision 2020 in Rotterdam, The Netherlands.

They beat surprise Super-finalists and metal band DIMMA and will represent Iceland. This is Berlin, Germany based Daði’s second attempt at Eurovision after entering Söngvakeppnin 2017.

Daði & Gagnamagnið went into this evening’s final on the back of a lot of hype – none other than Academy Award winning actor Russell Crowe shared “Think About Things” on his Twitter, helping spread the song like wildfire after several British and European journalists and musicians had shared the video.

In between the Final and the announcement of the two entries going through to the Super-Final, Hatari performed their 10th placed Eurovision 2019 entry “Hatrið mun sigra,” after a brief performance of “Klefi” with Bashar Murad in front of the Palestinian flag.

KEiiNO also performed their “space age” era single “Black Leather,” which they announced is the lead single from their forthcoming debut album, followed by their Eurovision 2019 televote winning entry “Spirit in the Sky.” Alexandra Rotan is also one of the judges, along with Hatari’s Klemens Hannigan, for tonight’s final.

Daði & Gagnamagnið will perform in Semi-Final 2 on May 14, 2020. They are scheduled to perform in the first half.

What do #YOU think of Daði & Gagnamagnið’s victory? If not them, who do #YOU think should have won? Let us know in the comments below, on social media, or in our forum.