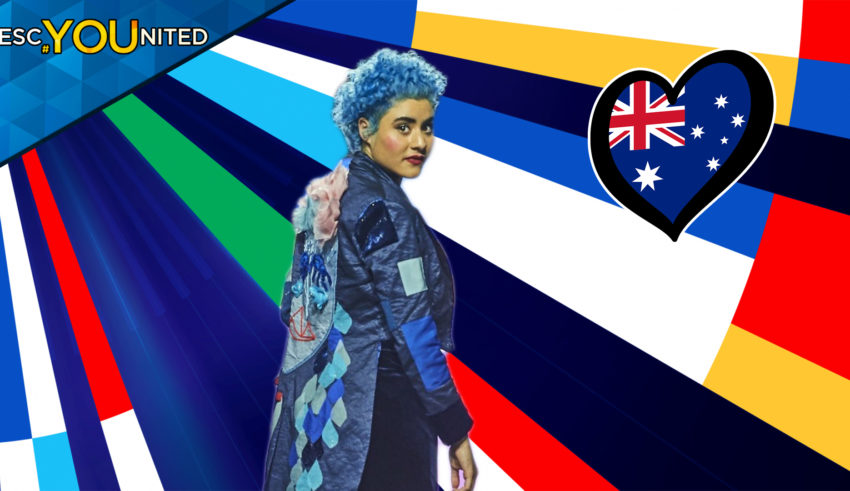 G’day mates from down under, we can now confirm that SBS (Australian National Broadcaster) has just recently revealed that Montaigne will be given another shot for Eurovision glory in 2021. In case you do wonder, if t

his is a low effort April’s Fool joke, then don’t you worry, since the Aussies have passed the date, so you better believe it.

This could be considered as some very interesting news, because first of all, when we look at all the countries that have confirmed that their act will return in 2021, Australia is now the second case of where the song and artist was selected from an national final, after Ukraine.

Most broadcasters currently are still considering which method of selection to approach when it comes to 2021, and most broadcasters that have selected through a national final, has so far not been willing to give their act another chance. This includes countries such as Sweden, Estonia, Iceland, Norway, Finland & Portugal so far.

It's confirmed,@actualmontaigne will represent Australia in the Eurovision song contest 2021 #Eurovision #Eurovision2021 pic.twitter.com/dpgxdYofos

Following this announcement, then there are 2 major things that many fans were looking forward to in 2021, which will no longer happen.

This internal selection pretty much confirms, that there will be no national final from Australia next year, but there could still be a possibility of having Montaigne performing a few amount of songs, which then gets either chosen by the public or along with an jury.

The other highlight, would be that the big fan favorite Dami Im, will no longer be eligible to represent Australia in 2021 either. During the 2020 national final, Dami Im performed along with Måns Zelmerlöw as an interval act, but also dropped a huge announcement, when she said that she was considering returning to the Eurovision stage. However, there is also 2022 and even many more years to come, so her shot at a Eurovision return will still looking bright, just a bit further away.

With the news, it means that Montaigne will now join the more than 10 other artists that were supposed to perform at the 2020 contest.

Multiple countries have so far acknowledged the wishes of the fans, by letting the 2020 stars have another shot, since the 2020 contest was cancelled due to the Coronavirus 2019-pandemic, which was pretty much out of the hands of anyone involved.

There are still a bunch of countries that are yet to decide whatever method of selection they will go with, but if you’re wondering what the status so far is, you can just click here and you’ll see our updated post about the current situation.

Are #YOU happy that Montaigne will return in 2021 or what did #YOU want that SBS did for 2021? Let us know on our social media sites, or join us on the forum by clicking HERE.