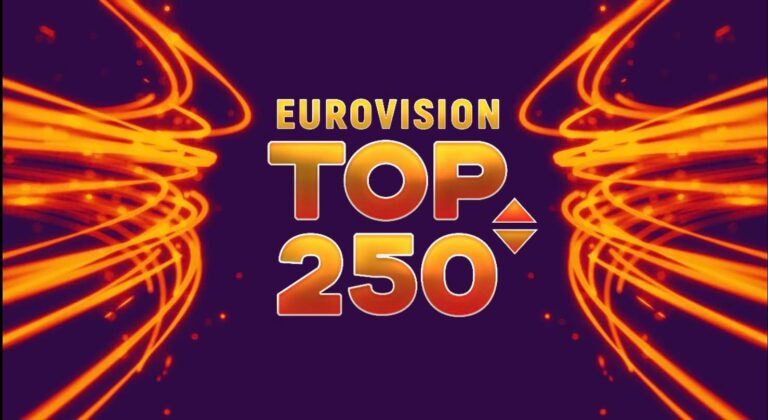 Boy oh boy is this my guilty pleasure from 2017, and one of the best non-qualifiers from the year. Sure, I don’t think that Europe was ready for this acid trip and neon colors, but I sure was. I think that this song is so much better than how it came off live, and the studio track is so radio friendly. It’s actually on my office playlist and I listen to it with coworkers all the time and they say “wow that sounds really cool I like that!” It’s genius.

Talk about a Eurovision entry that no one talks about. Sure this song isn’t the most stunning thing out there, but it’s got ethnic appeal, a fun track, and a wonderful balance between the chorus and verses. My only drawback on this one is that I really prefer the verses over the chorus, but it’s such a minor detail. Overall, this is a great Turkish entry and one that should be talked about more often.

There’s h0nestly not much to say here, this was a good song that was a commercial hit, but with all the strain of Eurovision, it was delivered poorly on the night of the final. There were moments where the girls were out of tune with each other, Lena sounds like a dying cat when she’s singing solo towards the end, and ultimately it just didn’t work. But it was bold and big for that year, which is something I appreciate.

Talk about a standout song, honestly. This one came with interesting standstill choreography, a creative message, and the first and only time that we will get a telegram machine on the Eurovision stage. I actually love how simple this song is, because it makes it memorable and beautiful. Also their outfits are killer.

Wow wow wow. I always love reliving this entry, because it is so beautiful, elegant, soft, passionate, and clean. It’s something that is magical both from the live performance and the studio, which is really impressive. Plus there’s like a 9 foot tall women on the stage, how crazy! This song was stellar and a real hit for France.

I’m still waiting for the moment wher eI get to throw a house party and send this song out in the invitation. Honestly, its a jam that has longevity, spunk, and something really memorable to grab onto in the staging. Quite literally whenever I hear this song on my playlist I can always envision what this staging looks like, this is how many times I have watched her performance. Bang on job this one.

Boy this song really smoked the rest of the competition eh? Okay, that was a really bad pun – I’ll apologize for that one. But this was a good gamble from Georgia, sending a moody dark pop song with matching staging that really made an impact. This song squeaked into this placement because of the sheer of times that I’ve listened to it.

A band that really has evolved since they took place in the contest. They really had a lot to compete with in their year, and they managed to still end up in the top half. I think that they really helped start a trend of Latin-pop all across Europe and the world. They also really created a fun song that has a cool track, great vocals, and showcases who they are as a band. It’s a great song from a great band.

Another stellar performance and song from the country of Andorra, and another song that should have qualified for the Grand Final. This is another song that I listen to repeatedly because it’s a fun and exciting song, it’s young and fresh, and at the end of the day it won’t get boring no matter how many times I hear it. Also I wonder if Susanne was sponsored by Bump-It for that hairdo?

Ah yes, what a song this one was. And a really big social controversy of a highly religious country sending a transgendered contestant to the contest in the late 90’s. There were some people who definitely didn’t like that. But in the end she still won and did it with a pretty good song. I really am not fond of the random bridge “aah’s” but that’s a minor issue. This song set the way for many future divas to enter the contest.

From one winner to another, Sweden is up next with their bizzarre winner of the 80’s. This song still confuses me a little bit not becasue it won (let’s face it the 1984 contest was a lame duck) but because it’s about a guy who finds golden shoes and dances in the street. But this is also the last song to perform first in the line-up and win, so hey they have that going for them. Overall it’s a good song, but there’s some whacky lyrics going on.

The moment that launched a chunk of votes to come FYR Macedonia’s way and help the country qualify for the first time since 2007. This is a song that is crazy in character, starting off as a calm ballad that soon escalates into a rock anthem complete with screeching! This is one of those songs that every Eurovision fan knows by memory or at least appreciates.

Greece really screwed the pooch on this staging, but it can’t kill off how amazing this song is. Yes, her live vocals weren’t as great as they could have been, but this song is a real gem when you listen to the studio track. Also thank goodness they sent an entry entirely in Greek again, I’ve missed it.  Too bad that they messed up the live performance so much.

Ah the beginning of the peace entries from Russia! This song was an interesting song since it came right after the dancing Babushkahs, and was a much more quality entry that ended in a worse place than 2012. It’s a shame that her career has basically ended post Eurovision. But at least we have them gem to hold onto.

Well that’s it for this installment of the Eurovision 250 list. Tune back in soon as I reveal songs #175-189 for my list!