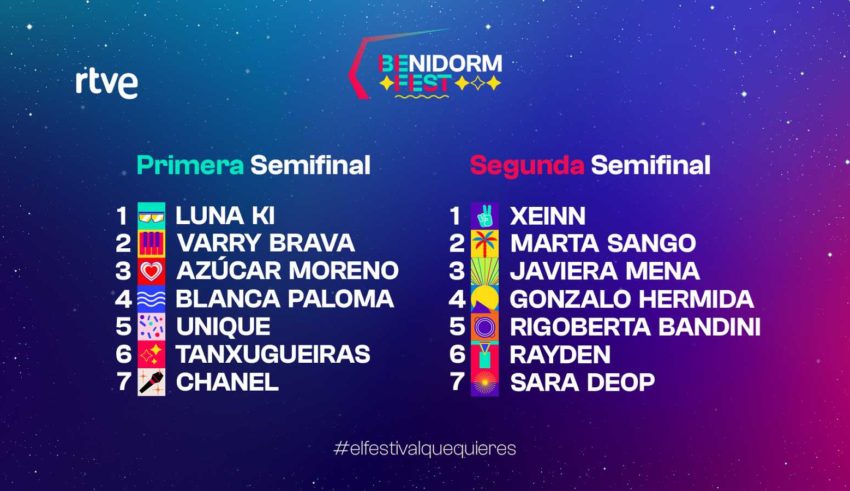 The countdown has started! Spanish broadcaster RTVE just revealed the running order of the two semi-finals of their brand new national final Benidorm Fest. The 14 acts will compete in groups of 7 for a ticket to perform in the Grand Final on the 29th of January. The winner of Benidorm Fest will represent Spain at the Eurovision Song Contest 2022 in Turin Italy.

Both semi-final will start at 22:40 CET and will be 70 minutes long. The Grand Final will start at 22:10 CET and will be 90 minute long. The shows will be broadcasted on La 1 de Televisión Española and the show will be recorded in Palacio de Deportes L’Illa in Benidorm. Four acts of every semi-final will proceed to the grand final. The results in each show will be decided by jury voting (60% Spanish jurors and 40% international jurors) and public voting (50% televoting and 50% demoscopic jury).

Which semifinal are #YOU the most excited for? Who are #YOU rooting for? Let us know in the comments, on social media or on our forum HERE.