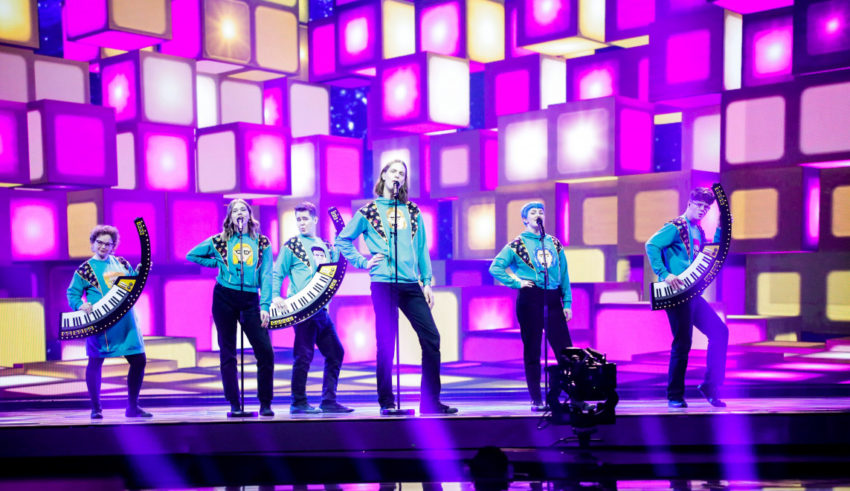 Sup everyone! Are #YOU ready for round two? Here we are, with the report on Austria, Poland, Moldova, Iceland and Serbia.

Austria was next to hit the stage. They stand out from most other competitors because they don’t make use of any of the LED’s and just purely focus on the lighting. The big issues for use as a team was that it felt a bit too stagnant throughout the performance.

With the second rehearsal it came together much better. Vincent seemed to be into his performance and song way more and the simple staging made a lot more sense. It also seems like they had decided on having more of a moment in the end of the song. A few lighting shots were made more dynamic and the overall feeling was better and more emotionally invested. There was less of a stagnant feeling that we were left with and Austria definitely improved on a lot of aspects. 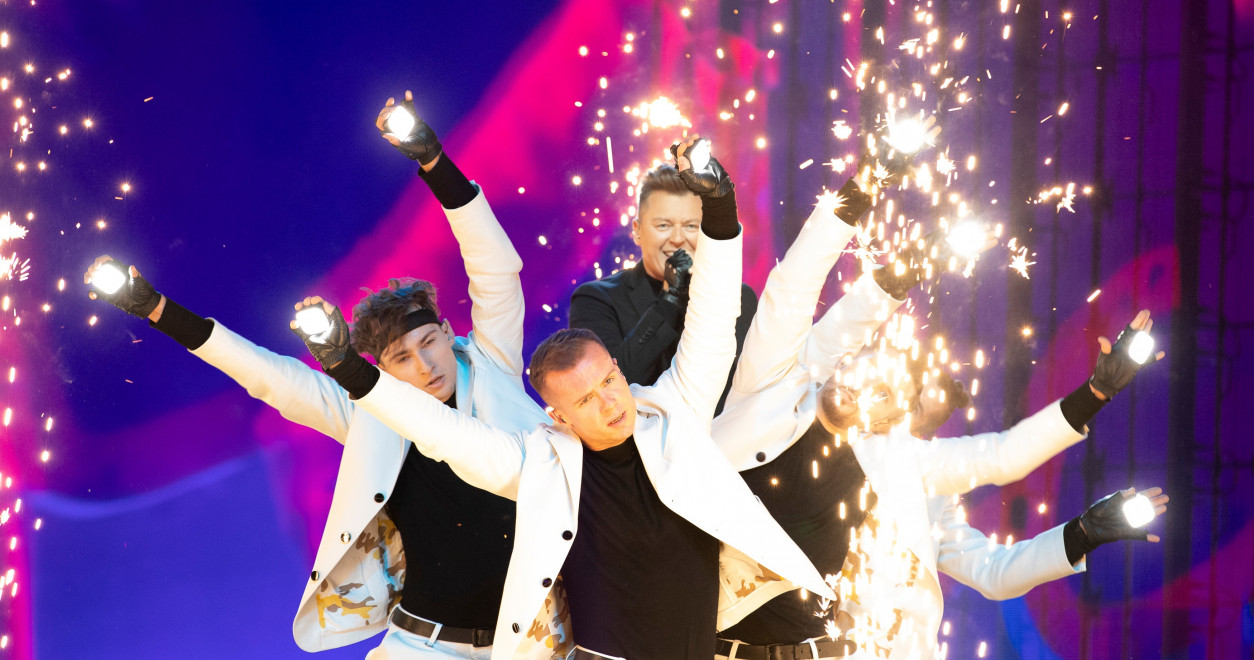 So baby hold on to the ride of your live! Poland’s act is one of high energy, with Rafal’s dynamic dancers taking the sporadic spotlight. We aren’t entirely sure whether that’s a good or not, as yes, the act is quite fun to look at, but it also causes Rafal to get drowned out by his own support squad.

Only minor changes from Poland on these runthroughs as they’re still figuring out the camera angles with which they can portray The Ride as well as they can.  Poland seem confident in their final product, let’s see if that pays off. 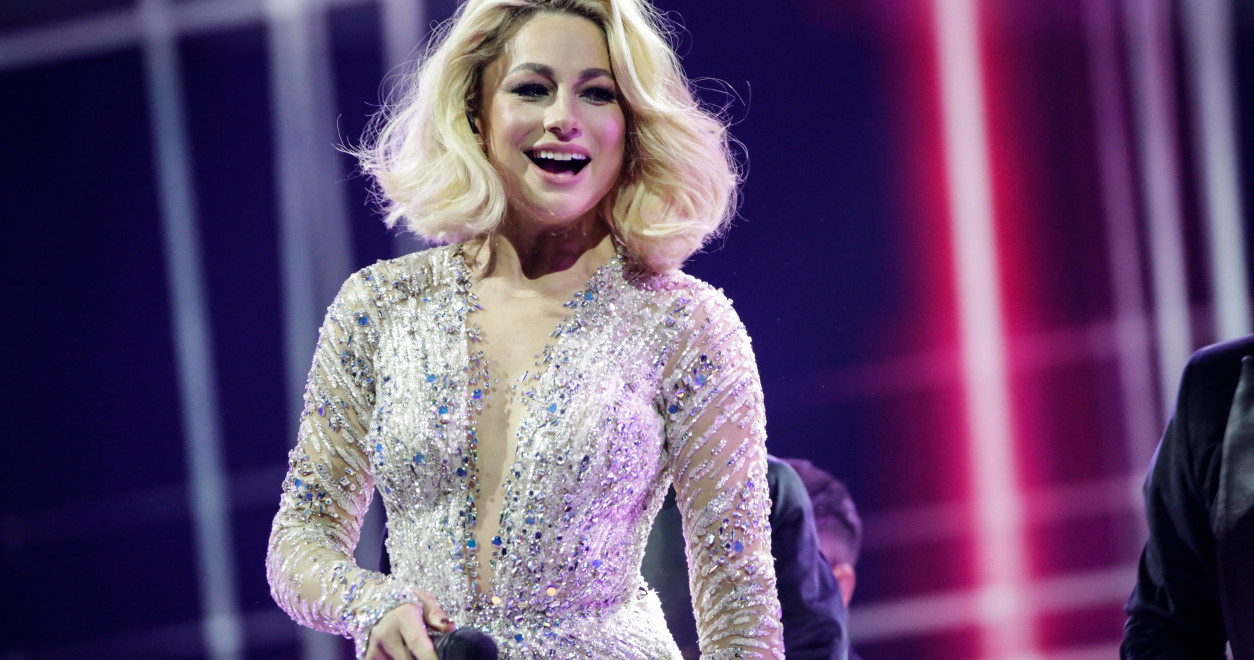 Natalia Gordienko has finally delivered facial expressions and vocal work during this second round of rehearsals. To our amazement, she sounded fine, although she still didn’t sing the high note at the end, saving her voice for the important show. Natalia even managed to pull off a nice pageant-esque smile for the rehearsals of today, which made a world of difference.

Like several delegations today, Moldova made no real adjustments to their staging, barring a few camera angles and light changes. They are confident in that what they have is good enough to qualify with. 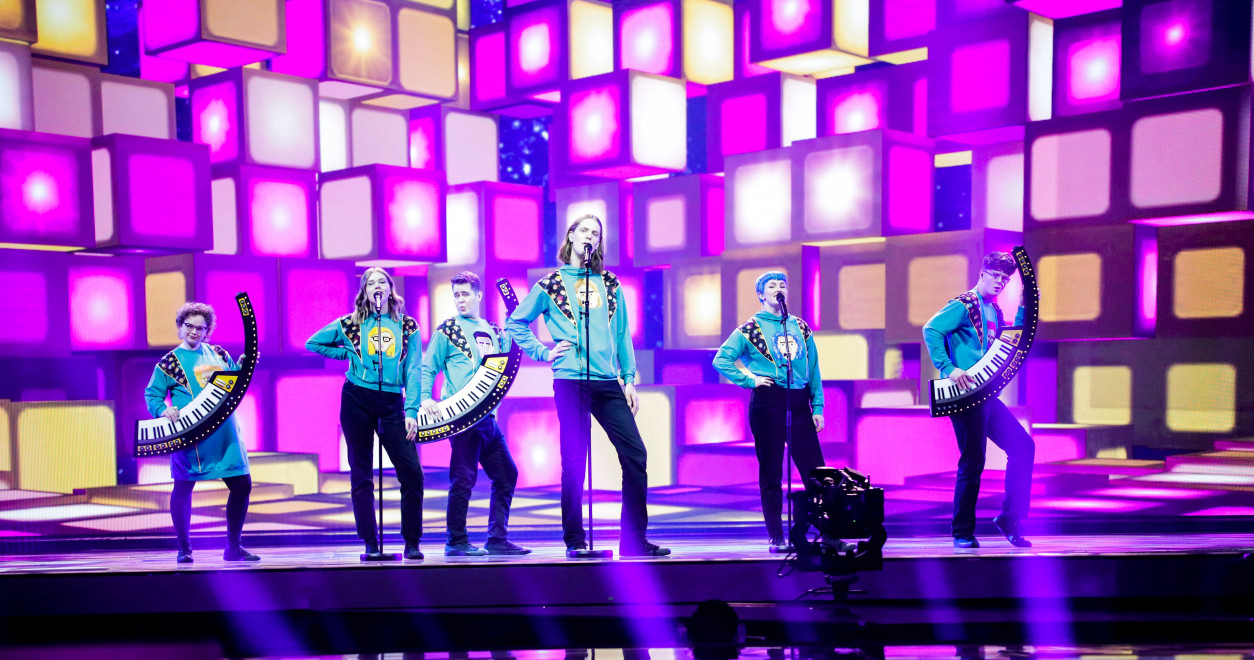 Like the previous countries, Iceland are already confident that their entrant is ready to go during the semifinal. However that does not mean they shirk experimenting with camera angles and lights. Several of the wide shots from the first rehearsal round were replaced by close-ups of the two female backing singers (Sigrun and Hulda). This approach makes the ~entire group~ stand out more as a unit, as opposed to “Daði and his friends”.

Some of the changes Iceland tried weren’t successful however: The lighting during the bridge was off during the first and second run, but this was fixed during the third. Iceland are really commited at exploring every angle (camera or otherwise) to ensure their song gets across and this can only bode well for their chances. 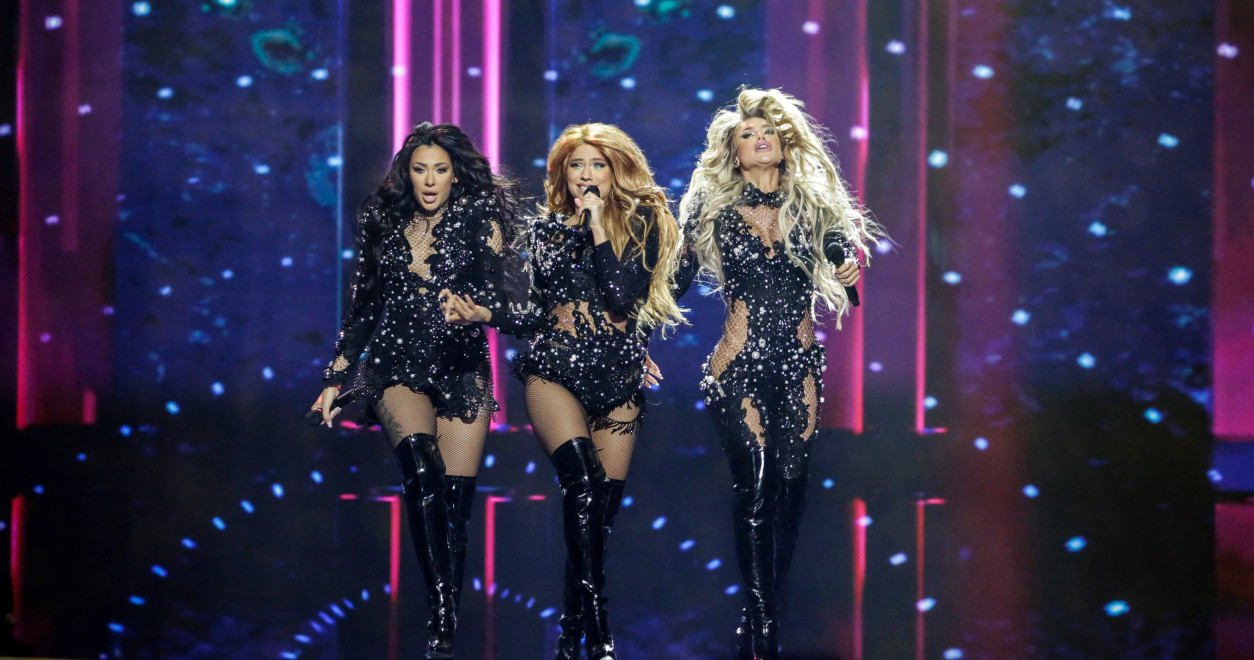 The girls of Hurricane hit the stage with energy, sass, and a whole lot of class. While the girls had three very impressive runs, there were clear moments where  vocals took a backseat for choreography and blocking. One thing the team noticed was that the girls have used the backing vocal rule in their favor, as it appears that when Sanja, Ivana, or Ksenija take the main melody, the other girl’s parts are pre-recorded. It allows them to go all out on choreography but is an odd choice given their vocal power.

Not many changes were seen throughout during this rehearsal block through, but some things were polished up for a fully slick package. The girls are likely very happy with their time on stage, and they feel ready for the Semi-Finals next week.

Hungry for more Eurovision news? Join Matt on the stream during the reveal of the BIG FIVE (+ NL) rehearsals or the discussion on our forum HERE.