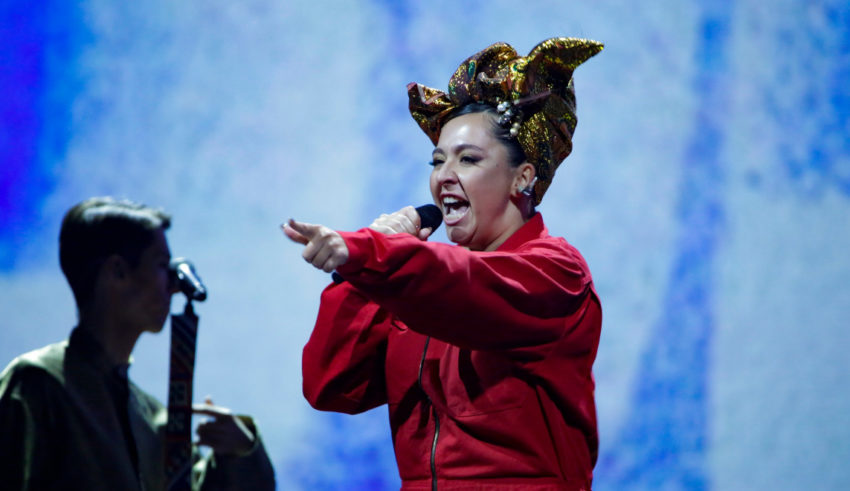 ‘Sup you fools! ESCUnited here from the AHOY Arena, with your daily dose of Eurovision News. Here’s our report on the first five countries to perform their second rehearsal today. 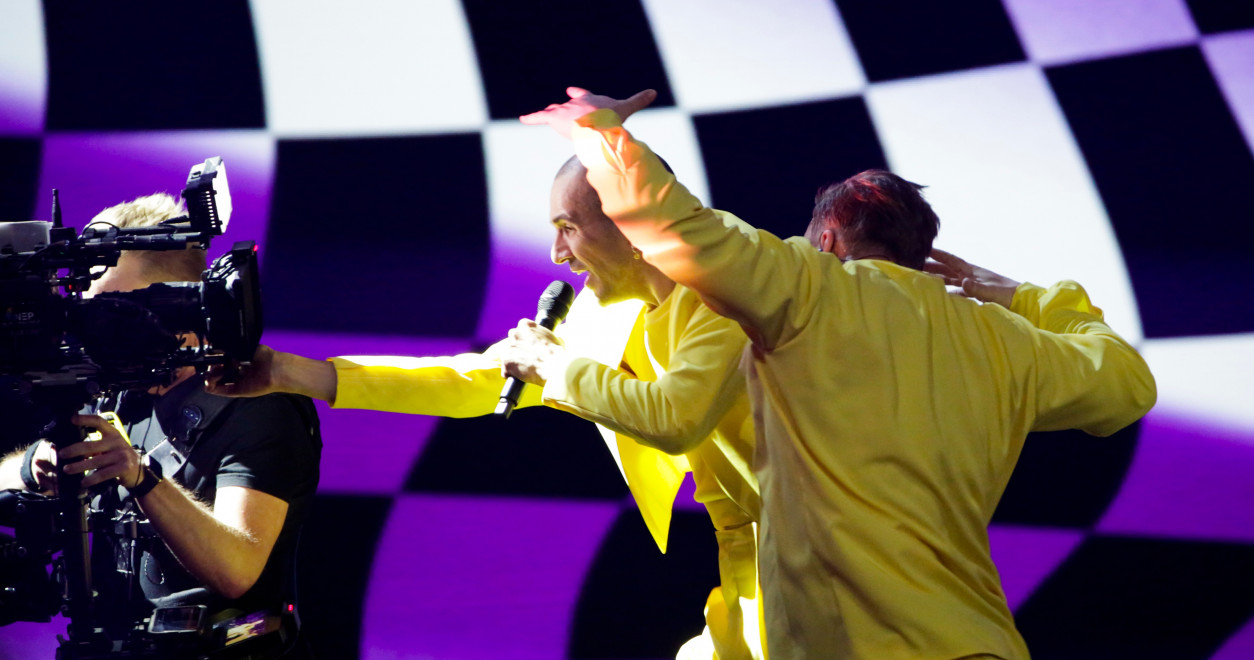 The Lithuanian band enter the stage with confidence and are bang on the entire time. Discoteque is a flurry of zany facial expressions, acid-trippy backdrops and wacky dance moves. The Roop engage in high voltage hijinks, making them an excellent opener for this semifinal.

We saw very few differences between today and Saturday’s rehearsals. They know they have a finished product. They know they will do well. Why jeopardize this for the sake of change? 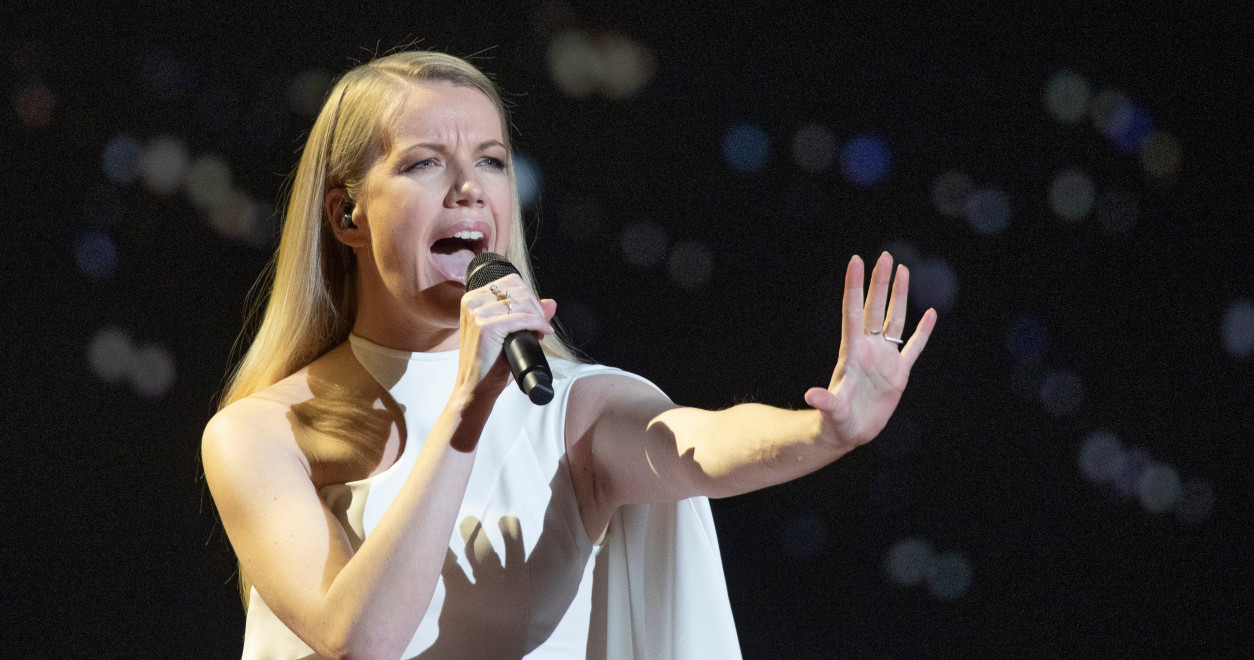 Ana Soklič needed a few runthroughs to reallyhit her stride. In the first and second rehearsal, Ana experimented with her facial expressions, while her team adjusted the camera angles. By the third runthrough (out of three.) she got into the zone and delivered a strong emotional performance. Slovenia are banking on powerful vocals and genuine emotions to earn their Grand Final ticket.

As mentioned, Slovenia have altered some of their camera shots to better get their backdrop (and the transparent screens on the catwalk) across. Ana also seems much more into performing than she was on Saturday. Both of these improvements will prove crucial in this do-or-die semifinal. 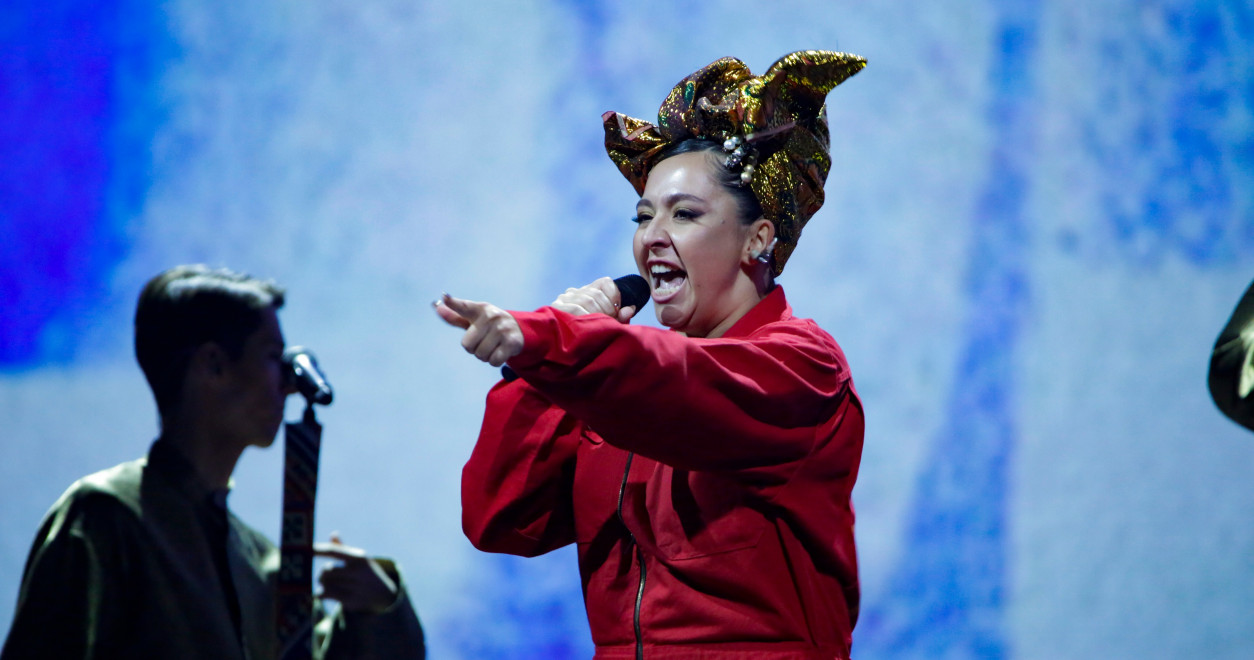 Manizha delivers the two things one would expect from her: Powerful vocals and absurdist humour. She starts off in her matrojshka-dress-contraption (that we have affectionately christened as “The Dressmobile”), only to emerge with full confidence, kicking ass (and air). Her choir is excellent and their booming voices are like a clarion of justice thundering over the rehearsal proceedings.

Russia have made some minor changes. Manizha’s facial expression are more on point and we notice a marked improvement in her comedic timing. Her emergence from “the dressmobile” is also significantly smoother than it were before. Overall, a strong set of rehearsals from the Russian-Tajik underdog. 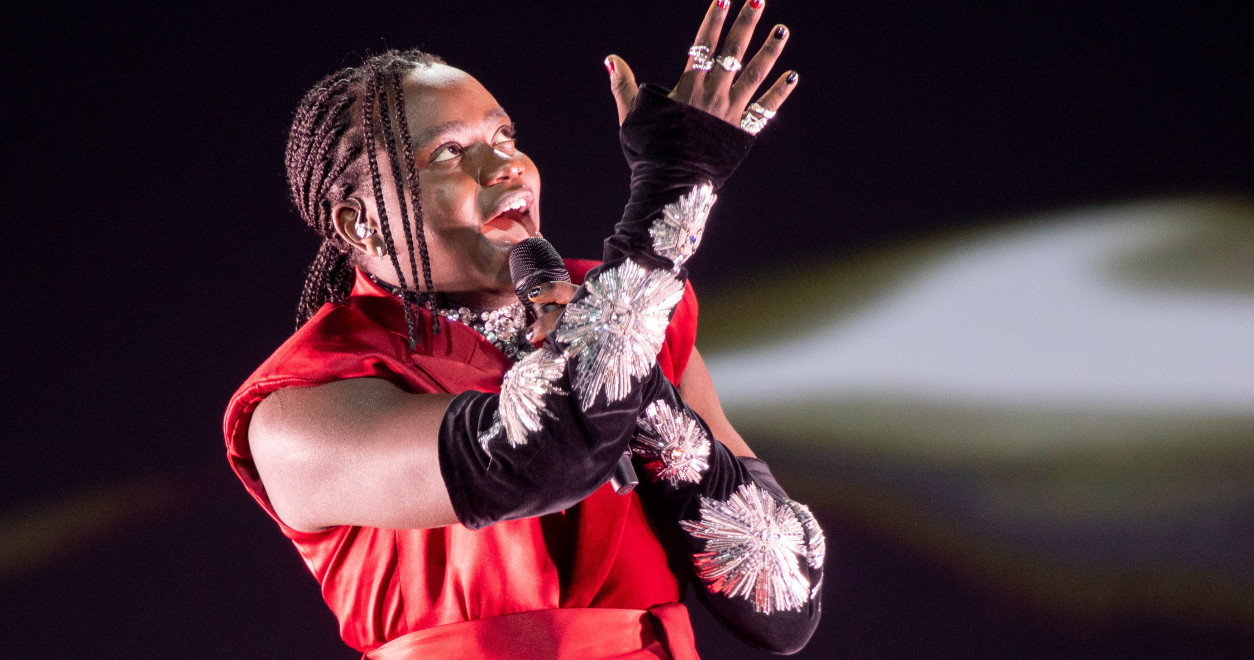 Sweden appears to have toned down their staging for the second set of rehearsals. Some of the backdrops have been streamlined, some of the lights have been changed. Tusse appears slightly more confident now than on Saturday, and his dancers are once again impeccable. We get the impression that Sweden are still in the process of polishing out their staging concept, but some of the ideas they’re using have questionable effects. The lack of overhead lights mean that Tusse is lit up from underneath, which results in some unflattering camera shots of the Congo-born Swedish débutant.

Tusse’s voice also sounded a bit more strained during the second rehearsal. One can hear the tiredness in his voice by the end of his second rehearsal, an effect of the vocal chord surgery he underwent some time ago. Overall, Sweden’s rehearsal wasn’t too bad, but we hope Tusse can find the opportunity to rest his voice enough in preparation for tuesday’s semifinal. 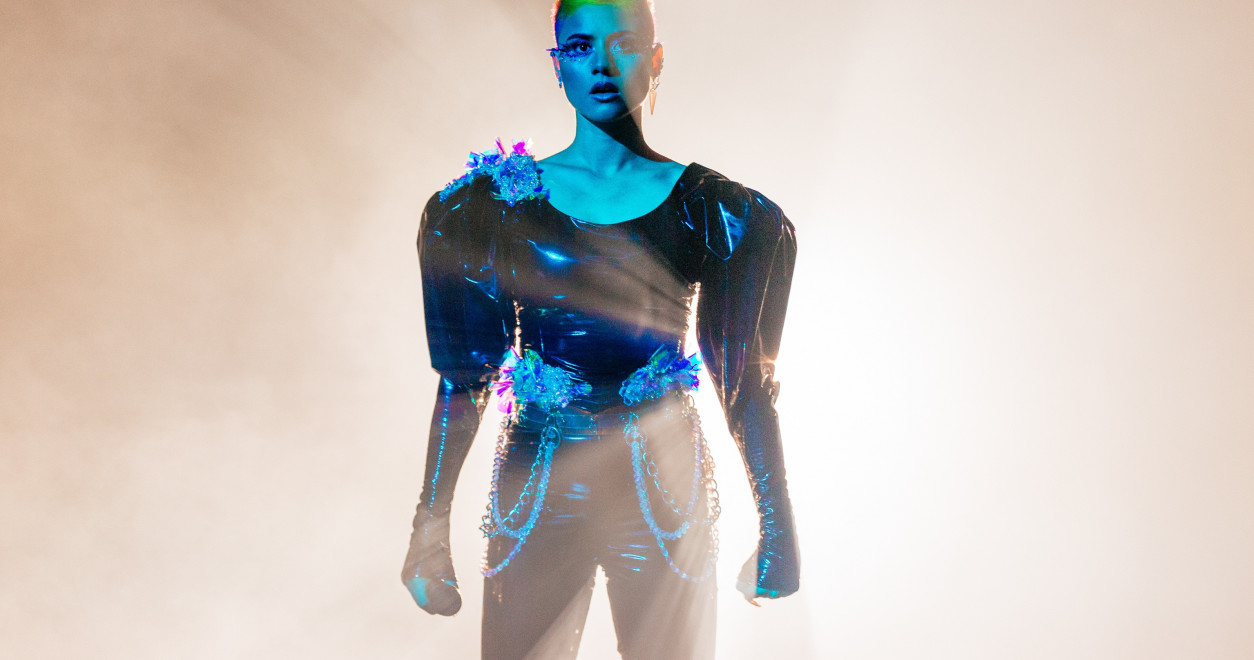 Australia actually showed us the full thing todaty. However, only the press people present in the AHOY Arena were able to hear her vocals.
Still, it looks as if the antipodean Eurovision has a good act cooked up from afar. Montaigne starts off by herself, a shining beacon in the darkness, before being joined by her dancers and engaging in a brightly coloured choreography. The whole ensemble is majestic and psychedelic. It’s almost as if she’s actually there! It might be unwise to write off Australia as a qualifier yet.

Want more info? Why don’t #YOU join Matt on the stream live from the AHOY arena!

Who is #YOUR favourite out of these countries? Who do #YOU think will qualify? Share your thoughts with us in the comments, on our forum HERE or on social media!