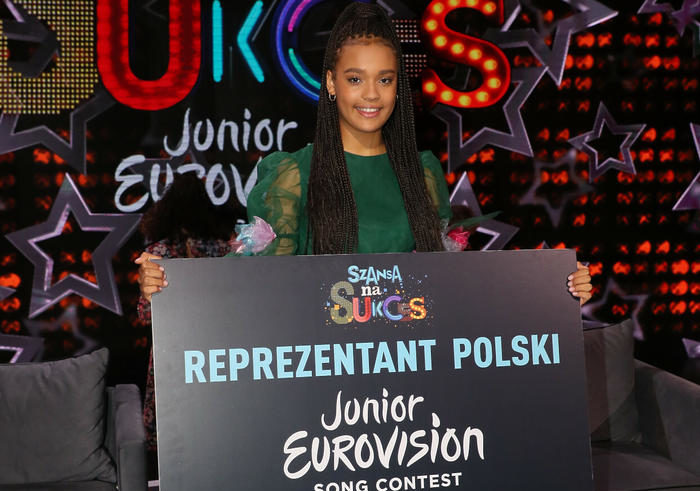 Poland has decided! After a nerve-racking national final with 3 semi-finals, it was announced that 13-year-old Sara Egwu-James has won Szansa na Suckces and will represent Poland at Junior Eurovision in Paris with her song “Somebody”.

The winner of Szansa Na Sukces was determined by 50% public televote and 50% jury vote. The full results were as follows:

Since her arrival at the national final, Sara was a huge favorite for the win. She started her passion for music from an early age. At the age of 6, she already took part in her first singing competition, called: “Christmas carols, pastorales and songs festival,” which she won. For the last 4 years whe’s being a student at the Slubice Municipal Cultural Center, where she gets vocal coaching. Besides singing, Sara enjoys dancing and cooking in her free time.

Sara is known in Poland as the winner of the fourth edition of The Voice Kids Poland, which was broadcasted last spring 2021. In the final she performed a cover of “My hometown” from The Eurovision Movie. We first saw Sara in the Polish national final in the third semi-final, where she did an amazing cover of “That’s the way it is” by Celine Dion.

After winning two times in a row, Polish represantative Ala Tracz finished 9th last year with her song I’ll Be Standing. She received a grand total of 90 points during the show.

What do #YOU think? Can Sara gives her country a third win in four years? Share your thoughts with us on our forum HERE or join the discussion below in the comments and on social media!

Ayana will represent The Netherlands at Junior Eurovision in Paris

After months of preparation, the four finalist of Junior Songfestival performed in a full …