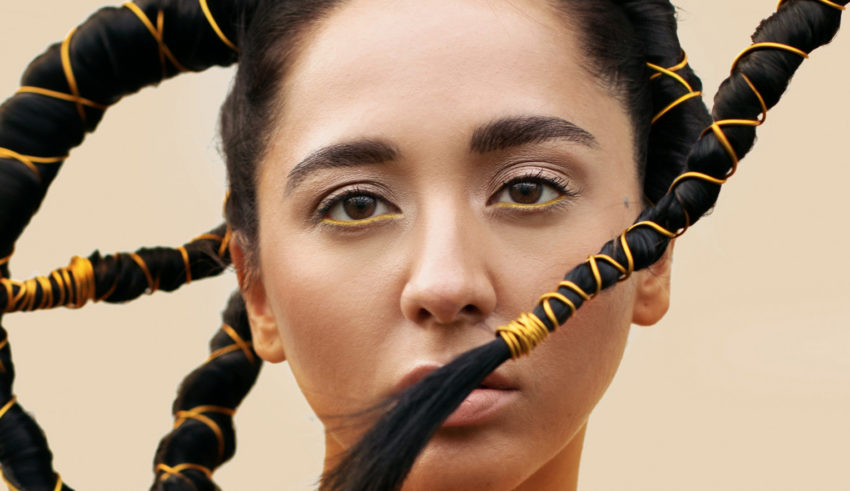 Today, Russia finally decided who is going to represent them at the Eurovision Song Contest 2021 in Rotterdam. After selecting their artist internally for already 8 years long, they surprisely announced a last-minute National Final last week. Before the show aired tonight, it was whether unknown who were the acts that will be competing in tonight’ show. Also we got mixed signals about a possible return from Russia’s 2020 representative Little Big. After an hour-long show, it was determined that Manizha will fly the Russian flag at the Eurovision Song Contest 2021 in Rotterdam.

During the show, it came clear that this were the competing acts:

Yana Churikova opened the show as our host tonight. After a little introduction they started a throwback video about Russia’s journey at Eurovision. Finally, Little Big got hit the stage afterwards to perform their 2020 Eurovision Entry “Uno.”

After their performance, frontman Ilya Prusikin announced that they will NOT represent Russia at Eurovision this year. They made the decision together with Channel One.

The first act who performed was the band Therr Maitz. There are a Russian indie band founded in 2004 by Anton Belyaev. They presented their song “The Future is bright.” They received the MTV Europe Musics Award for “Best Russian Artist” in 2016. 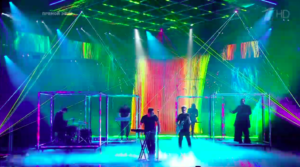 Second acts in the line-up was the duo 2Mashi, that exists out Mariya “Masha” Zaitseva and Mariya “Masha” Sheikh. They performed their song “Bitter Words” The duo became big in the Russian music industry with their song “Босая” (Barefoot). They won several prestigious awards such as “The Golden Gramophone” & “Song of the Year.” 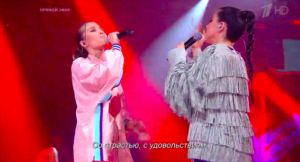 Last but not least, 29 year-old Manizha took the stage with her Russian song “Русская Женщина”(Russian Woman). Manizha is a Tajik-Russian singer-songwriter. After the Tajik CivilWar, her family moved to Moscow. She started her music career in 2009 and released several albums. 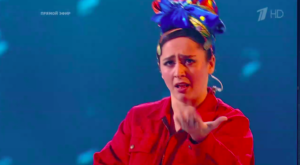 After the last performance, the voting started. The winner of tonight’s national final will be determined 100% by the people at home. This means that everyone in Russia can vote for their favourite. Eurovision fans outside the country unfortunately can’t cast their vote.

What is a national final without interval acts? While we are waiting for the votes to come in, Eurovision legend Philipp Kirkorov took the stage to perform a revamped version of his 1995 Eurovision entry “Kolybelnaya dlya vulkana” (Lullaby for a Volcano). 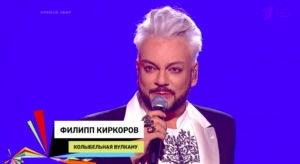 Also Polina Gagarina performed her 2015 Eurovision entry “A Million Voices.” Only difference that she did it in Russian this time! 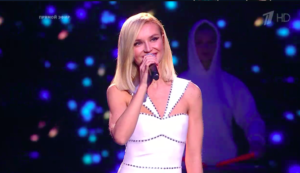 And when we all thought that the show would end at 19:00 CET, Dima Bilan just took over the stage to sing his 2008 winning Eurovision entry “Believe.” 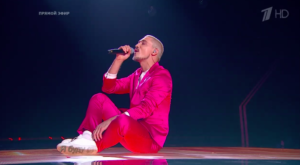 Dima Bilan’s speech after his performance got interrupted by the news! During the news break it was still available to vote for your favourite act of the night.

After the news break, the voting closed and all participants took the stage again awaiting for the outcome of the televote. In the end Manizha won the televote with 39,7% and will represent Russia at the Eurovision Song Contest 2021! 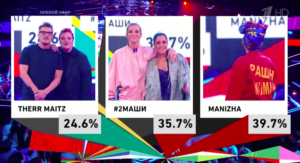 What do #YOU think of Russia’s choice for Eurovision 2021? Share your thoughts with us on our forum HERE or join the discussion below and on social media!