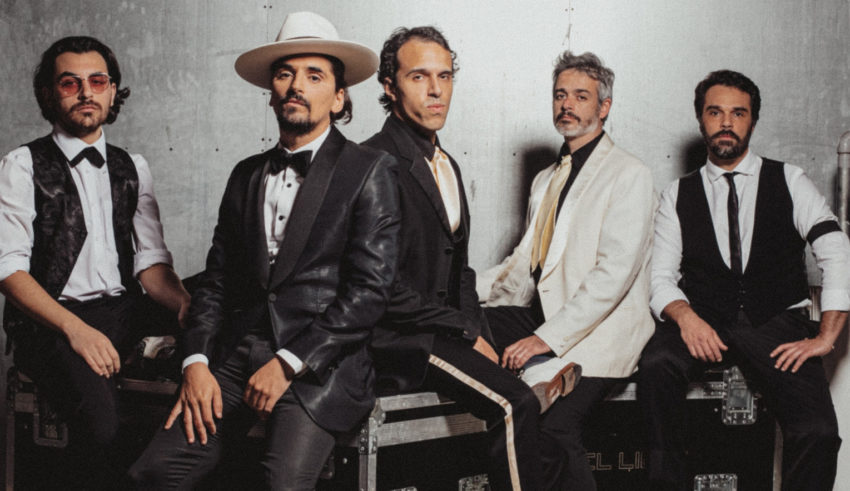 Next up, we take a look at the band that broke Portugal’s streak of native language tracks to bring Europe some laid-back vibes in Rotterdam. Effortlessly blending blues, soul and funk, it’s The Black Mamba’s time to shine!

Who are The Black Mamba?

The group was founded by Tatanka, Casais and former band member Ciro Cruz in May 2010 to perform blues, soul and funk, with their debut album also titled “The Black Mamba” arriving later that year. The group quickly found success in their scene, embarking on a debut tour that took in dates in London, Philadelphia, Luanda in Angola and the Spanish cities of Madrid and Seville, before embarking on a tour of Brazil in 2013, including appearances at Rock in Rio festival in Rio de Janeiro and the Bourbon Street Music Club of São Paulo.

The second album by the band, “Dirty Little Brother”, propelled the band to greater heights, achieving a #15 placing in the Portuguese album charts, accompanied by another international and domestic tour. Two of the band’s singles from the album, “I’ll Meet You There” and “It Ain’t You” finished in the iTunes Top 100 of the year.

A third album followed from the group in 2018, with “The Mamba King” cementing the group’s status as blues and soul auteurs and earning #5 spot in the album charts. The group embarked on “The Good Times Tour” in 2019 and ended in February 2020, to celebrate the ten year anniversary of the group’s foundation.

In June 2020, the band were part of the roster for the “Return to the Future Festival”, which symbolised the return to post-lockdown activity in Portugal with around 20 other bands taking part. They also took part in “F Nights” in Faro and “Palácio Nights” in Porto.

How did The Black Mamba get to Rotterdam?

On 4th December 2020, the Portuguese national broadcaster RTP announced the names of twenty composers that had been selected to take part in Festival da Canção, the long-running traditional programme that selects Portugal’s entry for the Eurovision Song Contest. On the list was Pedro Tatanka, one of the eighteen composers invited by RTP.

The entry, “Love Is on My Side” by The Black Mamba, was revealed on 20th January 2021, and was announced to be opening the competition as the first song of the first semi-final on 20th February 2021. As last year’s winning artist Elisa was not in the final line-up, it was confirmed that a new face would represent Portugal in Eurovision 2021.

On the night of the semi-final, The Black Mamba finished in first place, earning second place with the juries but winning over the Portuguese voting public. While others were considered more likely winners of the Festival da Canção final on 6th March, such as Carolina Deslandes or NEEV, The Black Mamba eventually won the competition on a tie-break; the band finished second in the jury behind Carolina Deslandes and in the televoting behind NEEV, but finished joint-first on points.

As the Portuguese public preferred The Black Mamba to Carolina Deslandes, they were declared the winners of the competition, and would thus fly to Rotterdam to represent Portugal in Eurovision 2021.

The entry for the contest was inspired by the story of a woman the band met in Amsterdam during their 2018 tour. “This song is her story. She left the countries of the East (sic) full of dreams, full of passions, then drug addiction problems that led her to prostitution. Although life was so bad for her, she always believed that love was always on her side. The song’s story is that story.”

“The stars aligned themselves in this way. It is not Amsterdam, it is Rotterdam, but it is the Netherlands. Let’s sing this song that was born there.”

How have The Black Mamba been preparing for Eurovision since selection?

Immediately in the aftermath of winning Festival da Canção 2021, the lead singer of the group Pedro Tatanka confirmed that they were not expecting to win the competition because of the fact their song was entirely in English, and Portugal had never been represented by a song in English at the contest before.

Most of the band’s pre-Eurovision press came in their native Portugal, performing at various occasions on RTP and giving interviews to Portuguese news and music outlets. The group performed a ‘late night jam’ on their social media on April 15th, featuring many of their hits in an intimate session.

A post shared by THE BLACK MAMBA OFFICIAL (@theblackmambasound)

Portugal’s The Black Mamba will perform “Love Is on My Side” in the second semi-final of Eurovision 2021 on May 20th, performing twelfth on the night.

What do #YOU think of Portugal’s entry for 2021? Share your thoughts on this article in the comments below, on our forum HERE and on social media!