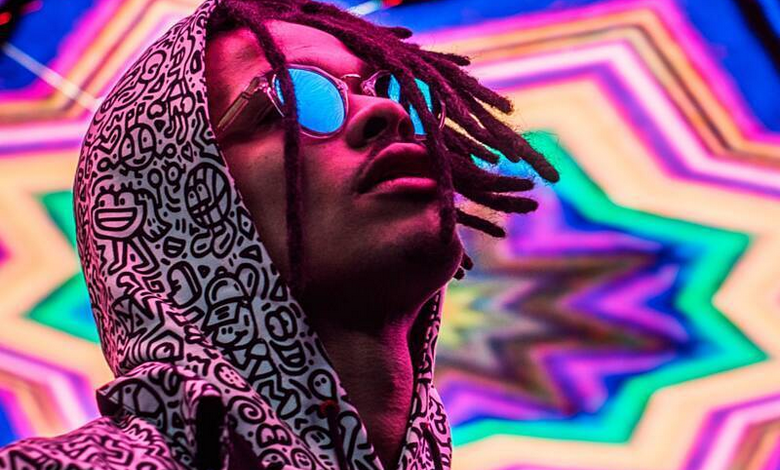 It’s time to take a look at the Czech Republic’s larger than life artist Benny Cristo, who has over a decade of experience in the industry and is now ready to take the Eurovision stage by storm with his dance-pop banger “Omaga”!

Who is Benny Cristo?

Born in Plzeň on 8th June 1987 to a Czech mother and an Angolan father, Ben da Silva Cristóvão has spent the last decade or so honing his craft and making a name for himself in the Czech RnB scene.

Benny first caught public attention in 2009 when he entered the first season of Česko Slovenská SuperStar, the localised version of Pop Idol for the Czech Republic and Slovakia after the two countries’ individual versions merged. 22 years old at the time, Benny finished 7th after being eliminated in the ‘rock week’ of the competition, performing Lenny Kravitz’ “American Woman”.

The experiences he gained in the SuperStar competition motivated him to continue pursuing his music career, and Benny released his debut album “Definitely Different” in 2010 under his birth name Ben Cristovao. The album saw Benny develop his sound, with elements of hip hop, RnB and electronic music featuring in this release and his follow-up 2011 effort “Benny Cristo”.

Benny’s rise saw him featured as a supporting artist for performances from Far East Movement and Pitbull, and was nominated for the 2013 Český slavík award for Best Music Video for “Bomby”. His third album “Made in Czechoslovakia” was released later in this year. This album in particular cemented his working relationship with Toronto based production duo The Glowsticks, who have extensively worked with Benny on a number of his works and established themselves as a production force in the Czech Republic and Slovakia as a result.

During the next few years, Benny continued to release music in both Czech and English, regularly featuring on the Czech download charts, and released a number of EPs; “Poslední” in 2017 and “Live Ben” and “Kontakt” in 2019. He held a concert at Prague’s O2 Arena to support the latter release and mark his 10 year anniversary in the public eye as a performer. In 2018, he was also announced as a new judge for the competition that kick-started his career, Česko Slovenská SuperStar.

Outside of music, Benny is known for his activism, participating in a number of causes in his country and being outspoken on various views. He is a vegan and an animal rights activist, having appeared in appeal videos for the animal rights organisation Obránci Zvířat in 2018.

He has also participated in school campaigns to warn children of the dangers of the online world and acted as ambassador for the  zálohujeme.cz recycling initiative. In 2016, despite being nominated for a Český slavík award for his song “ASIO”, he did not attend the ceremony in protest at the presence of the Czech group Ortel, known for the often xenophobic views expressed in their lyrics.

How did Benny get to Rotterdam?

In 2020, the Czech Republic’s Eurovision delegation announced that they would be continuing to hold a national selection for their entry, Eurosong CZ. Seven acts were chosen to take part in the online selection; Barbora Mochowa, Benny Cristo, Elis Mraz & Čis T, Karelll, Olga Lounová, Pam Rabbit and We All Poop. In a selection that was widely praised in the Eurovision community for its competitiveness and high quality entries, Benny Cristo’s song that he had produced with The Glowsticks, “Kemama”, was chosen on 3rd February 2020 following a combination of jury voting and televoting – Benny had won the public vote and finished second to Barbora Mochowa’s “White and Black Holes” with the juries.

The song chosen was an Afrobeat-RnB number that detailed Benny’s journey to success and was subsequently performed at Ukraine’s Vidbir national selection by Benny on February 15th 2020. A revamped version of the song was released on March 16th 2020, but the song’s tenure as a Eurovson entry would be short lived, with the contest cancelled two days later.

On 13th May 2020, the Czech broadcaster Česká televize confirmed that Benny Cristo would remain the Czech entrant for Rotterdam 2021, with an internal selection of the entry poised to take place.

The new Czech entry “Omaga” was released on 16th February this year, with a music video that featured various cultural references to The Simpsons, Forrest Gump, The Shining, Pulp Fiction, Grease and other iconic films and TV shows. Benny worked with Filip Vlček, a member of the Czech rock band John Wolfhooker, on production.

Benny Cristo has said that the song is a celebration of human interaction which has been missed during COVID-19 lockdowns, saying of the track: “I’m a single man in the lockdown. I just wanted to meet people. I just wanted to spend time with people. I genuinely want to have fun. That’s what the lyrics are about.”

How has Benny been preparing for Eurovision since selection?

On March 18th, Benny performed a live acoustic session with Karol Komenda and Fiedlerski of “Pápá”, a song by the latter that Benny featured on back in January. He once again showed his versatility as he collaborated with his “Omaga” producer’s band John Wolfhooker, on a new track called “Tidal Wave”, which was released on April 1st.

Benny’s first live performance of his Eurovision entry was uploaded to the official Eurovision YouTube channel on April 18th, performing “Omaga” with a full band that took on a more rock-influenced sound compared to the dance-pop vibes of the studio version.

It was confirmed that Benny Cristo would not be making use of the new rule allowing for pre-recorded backing vocals, with four dancers expected to join him on the Rotterdam stage. On May 8th, he shared a post with his Instagram followers showing him pack his suitcases for Eurovision; “I packed about 4 suitcases, packed for the last time and this morning went to represent the Czech Republic [to Rotterdam]”.

Czech Republic’s Benny Cristo will perform “Omaga” in the second semi-final of Eurovision 2021 on May 20th, performing third on the night.

What do #YOU think of the Czech Republic’s entry for 2021? Share your thoughts on this article in the comments below, on our forum HERE and on social media!