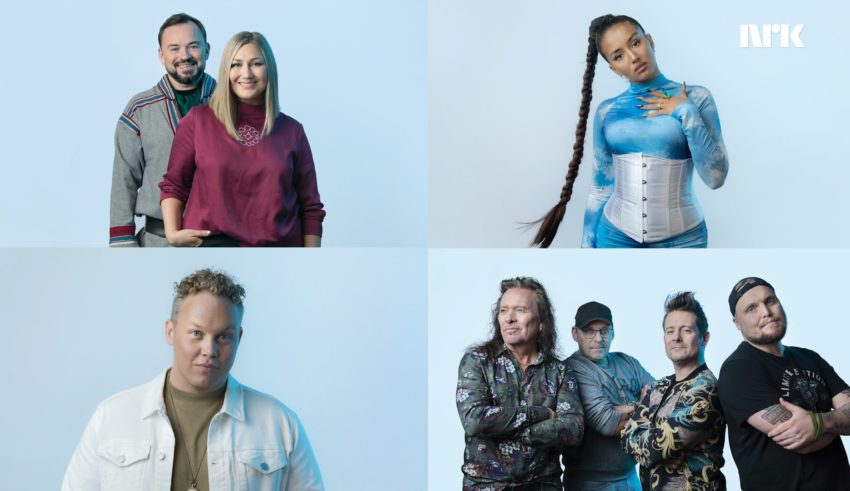 We just recovered from the win of EMMY last saturday, when NRK announced the next 4 hopefuls who are in the running to represent Norway at the Eurovision Song Contest in 2021. Let ‘s find out who are competing next Saturday in Semi-Final 4!

We will see the following acts on the 6th of February:

You can listen the songs here on Spotify

Attle Pettersen will perform his song “World on Fire” during this Semi. His song will be released on the 5th of February.

We see some familiar MGP faces back by Norwegians newest boyband Landeveiens Helter. The band consists of Rune Rudberg, Dag Ingebrigtsen, Lars Erik Blokkhus and Stian Staysman Thorbjørnsen. Three of the four heroes have previously participated in the MGP, while for Dag Ingebrigtsen this is his debut.”All That” is their first song as a band and is about a lived life which, despite some setbacks, has been worth living anyway. They hope that people can feel a little better after hearing it.

KIIM broke through with a third place in Idol 2007. After that he was active for a couple of years with the band Spinning Foundation which, among other things, warmed up for A1 and Europe. Since then, he also participated in the Norwegian version of The Voice 2015. After doing alot of cover songs, he now participates with a song at MGP he has written about his own experiences and feelings.

Several people wil know Royane from her popularity on TikTok and Instagram. She has also been in season 3 of “The Influencers”. However in the last two years, she’s also working on her music career. She’s an unsigned, independent artist who takes responsibility for most of the stages of production herself.

At last but not least, we’re getting another entry this year at MGP with yoik! Marianne Pentha & Mikkel Gaup have known each other all their lives. They have collaborated on several occasions, and already in 2017 started working on the song which they are now looking forward to finally show.

What do #YOU think of the acts for semi-final 4? Share your thoughts with us on our forum HERE or join the discussion below and on social media!