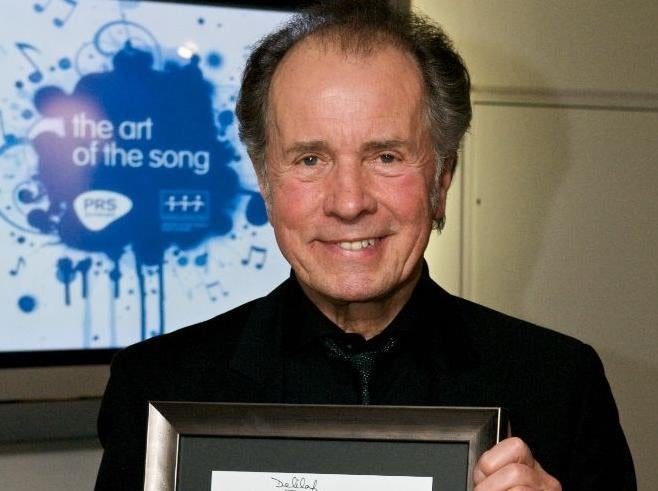 Legendary British songwriter Barry Mason, who co-wrote some of the biggest pop hits of the 1960s and 1970s in the United Kingdom and United States with Les Reed, passed away at the age of 85 this past weekend.

Mason, awarded an MBE in 2020 for his services to music, had his hand in over 11,000 songs and has won five Ivor Novello Awards. His first collaboration with Reed, who passed in 2019, was “I’ll Try Not to Try,” a song for Kathy Kirby to perform at A Song for Europe 1965.

Tributes poured in this week from leading British musicians, with the likes of Sir Tim Rice and Spandau Ballet’s Gary Kemp commenting on Mason’s passing.

Very sad music business news. The wonderful lyricist Barry Mason who wrote so many hit songs, many with Les Reed, has died. He was a delightful modest fellow and will be greatly missed by his many songwriting and musical friends. RIP Barry.

Engelbert Humperdinck, the legendary British singer for whom Mason wrote so many of his hits, including “The Last Waltz,” wrote a personal series of tweets about Mason’s passing. Mason was a groomsman at Humperdinck’s wedding to Patricia Healey in 1964. Sadly, Healey passed away from Alzheimer’s Disease on February 21, 2021.

You made such an extraordinary difference in my life dating back to the late 50s. From groomsman at my wedding in ‘64 to writing some of the most wonderful lyrics I had the privilege of singing. Life changing words that folded into Les Reed’s beautiful melodies pic.twitter.com/Y7sngjqdGt

Humperdinck also represented the United Kingdom at Eurovision 2012 with “Love will set you free,” which came in 25th.

Mason was born on July 12, 1935, in Wigan, Lancashire. Mason’s family moved to Blackpool and London – where his father worked as a journalist – and Mason was initially set to follow in his father’s footsteps, though he took a circuitous route to get into his first love of music.

Barry Mason had a career as a singer and an actor, working stages in Blackpool, Hollywood and ultimately being understudy to Albert Finney at the Royal Court Theatre, which resulted in a small role in the hit Finney film “Saturday Night and Sunday Morning.” After this stint, Mason got into talent management and provided his services as a lyricist and producer for a series of minor hits.

Mason produced the debut album for Tommy Bruce, hitting Number 3 on the British singles chart in 1960 with a cover of Fats Wallers’s “Ain’t Misbehavin’.”

Mason told Songwriter.co.uk “I met this boy called Tommy Bruce and I spent my last few pounds making a demo of him singing an old Fats Waller song, “Ain’t Misbehavin'” – and he had a hit (No.3, UK, 1960). Suddenly, I was his manager, not knowing anything about the business. But the important thing was, I was in the business – and when people ask me what to do to become a songwriter, I always say, “Try and get into the business in any capacity, then you’re a step nearer to it”.”

Before working as a lyricist with Les Reed, Mason worked with Peter Lee Stirling, who would go on to have hits on his own in the 1970s under the name of Daniel Boone (“Beautiful Morning” hitting Number 15 on the Billboard Hot 100 in 1972).

Towards the end of 1964, Mason came to the attention of Reed, and they began what would turn out to be one of the UK’s most prolific and successful songwriting duos of the ‘60s and ‘70s.

“I’ll Try Not to Cry” garnered 96,252 votes, not enough to beat the more low key, though more thematically upbeat ballad “I Belong” and its 110,945 votes. The writer of “I Belong” would himself go on to have a career of note – “I Belong” was written by Peter Lee Stirling, with whom Mason had worked with previously.

At the end of the night, “I Belong” earned the United Kingdom another 2nd place, its fifth. “I Belong” was fairly representative of the pop ballads at the time, but in both Eurovision and the UK Singles Chart, it got lost among newer and fresher material. “I’ll Try Not to Cry” would probably not have fared better, even though Kathy Kirby’s being 27 and reminiscent of Marilyn Monroe largely made her immune to the critique leveled by Gainsbourg and Gall. She could get away with acting mature in the face of romantic adversity, regardless of the more triumphant “I Belong” or the more despondent “I’ll Try Not to Cry.” The performer was not the problem: the genre choice was when a wave of modernity hit the Eurovision Song Contest.

And being older style songwriters in the UK, it was only a matter of time before their paths crossed Engelbert Humperdinck’s – in 1967, Reed and Mason wrote an easy listening ballad that remains one of Humperdinck’s biggest hits, “The Last Waltz.” More hits followed, including a few early ‘70s Elvis Presley songs, The Dave Clark Five, Connor Francis, and Des O’Connor.

Another famous Reed and Mason composition is “Marching on Together,” a 1972 anthem for famous English soccer team Leeds United, who were in the middle of a decade of dominance under the management of Don Revie with legendary players such as Peter Lorimer, Jack Charlton, Allan Clarke, Billy Bremner and more.

It capped off a fine decade of hit-making work before Reed moved on to film score composition and stage musical productions.

Reed continued to have hits into the 2000s, with Declan Galbraith’s “Tell Me Why” hitting the British Top 40.

The team at ESC United would like to extend our thoughts and prayers to the family and friends of Barry Mason at this time.