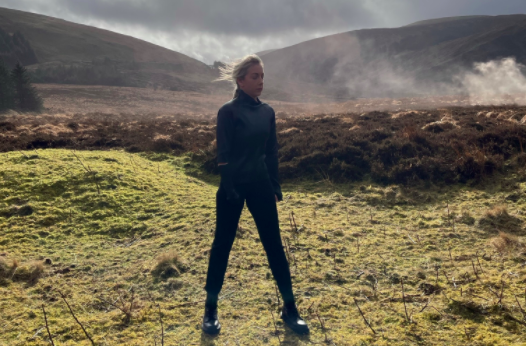 After some speculations in the fandom, Irish representative Lesley Roy confirmed today that the title of her 2021 Eurovision entry will be “Maps.” The song will be revealed on the 26th of February.

Lesley announced this news on her social media pages. The news was accompanied with a picture what looks like the Irish country side. Lesley has spent the past three months in studio working on a new song to represent Ireland with. The song was written and produced by Lesley, along with Eurovision producer Lukas Hallgren (Who also produced “She got me”, Switzerland at Eurovision 2019), Philip Strand (producer/songwriter), Normandie, Deepend and Emelie Eriksson, Stockholm based songwriter at Baggpipe Studios.

Lesley Roy was supposed to fly the Irish flag at the Eurovision Song Contest in 2020 with her song “Story of My Life.” Last December RTÉ announced that Lesley would get a second chance to represent Ireland in 2021. She will be performing on 18th of may 2021 in the first half of the first semi-final.

What kind of song do #YOU want to hear Lesley perform at Eurovision? Share your thoughts with us in the comments, on our forum HERE or on social media!