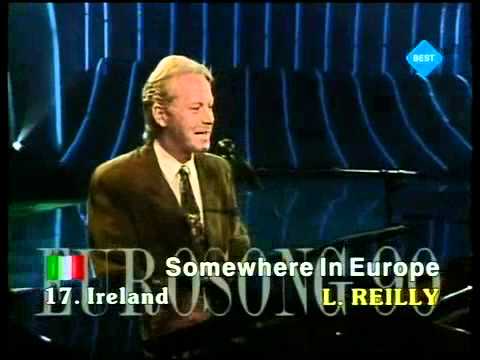 Ireland’s representative at Eurovision 1990 in Zagreb (then Yugoslavia), Liam Reilly, has sadly passed away at the age of just 65.

The singer-songwriter from Dundalk represented his country at the 1990 contest with “Somewhere in Europe”, finishing joint second alongside France’s Joëlle Ursull and behind eventual winner Toto Cutugno of Italy. He also wrote and composed the following Irish entry for Eurovision 1991 – “Could It Be That I’m in Love” by Kim Jackson.

Outside of Eurovision, he was best known as the frontman, principal songwriter and keyboardist of Bray-based rock band Bagatelle, a band whom Bono of U2 stated had had a significant influence on him.

“We know that his many friends and countless fans around the world will share in our grief as we mourn his loss, but celebrate the extraordinary talent of the man whose songs meant so much to so many.” a family statement read, which confirmed that he had “passed away suddenly but peacefully at his home” on 1st January.

Our thoughts are with Liam’s family and friends at this sad time.