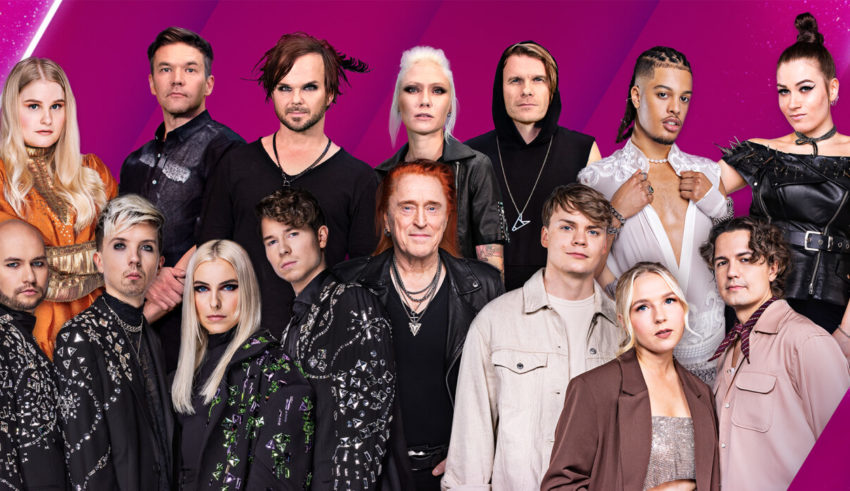 Finnish broadcaster YLE has revealed the 7 acts and song titles that will compete in this year’s Uuden Musiikin Kilpailu! From today, the songs from the acts will be released one per day at midnight on major streaming services. The winner of UMK 2022 will be selected during the Grand Final on Saturday 26 February and will represent Finland at the Eurovision Song Contest 2022 in Turin, Italy.

The 7 acts are (with the release date of their song):

312 entries were submitted to the UMK22 song search in September, which was clearly more than in the previous year. A total of more than 1,000 people participated in the writing of songs submitted for screening. In fact, the UMK jury, headed by YleX Head of Music Tapio Hakanen and composed of music professionals, had a challenging task of selecting seven songs and artists for the 2022 contest. He said:

— This year’s artist and song roster is probably the most versatile and best we’ve ever had. We’ll hear from Finnish music legends, and hottest rising stars. The overall quality of the songs in the final is amazing and I’m grateful that so many top composers and producers have participated in creating these future classics. The seven songs feature many powerful and different moods, and I hope every Fin will find one or several favorites among them. Previous finalists Erika Vikman, Aksel, Ilta, and Blind Channel have all shown how UMK can take to the stars both in Finland and internationally, and I believe this year’s artists will all further their careers through the competition. Combined with our super skilled team behind the show, I’m confident we’ll witness an unforgettable UMK final show in February.

Blind Channel represented Finland this year with their song “Dark Side” The song finished in 6th place in the Grand Final with a total of 301 points.

Which act do #YOU want to represent Finland in Eurovision 2022? Share your thoughts with us on our forum HERE or join the discussion below and on social media!