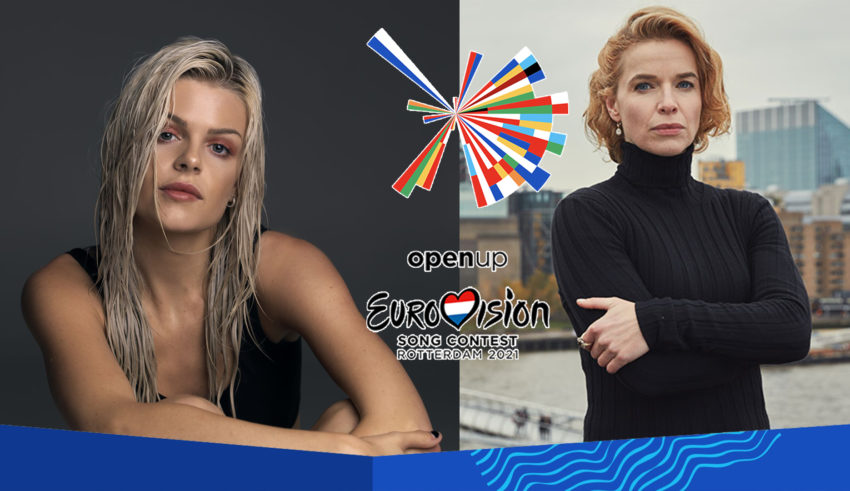 It’s almost time everyone, two years have soon passed since the last competition took place, and now we’re only about a month away from the next competition to take place. Never has the wait for the contest ever been that long, and the Dutch broadcasters are making sure, that it will be an unforgettable show!

Today’s story is about the interval act, that viewers across the world will be able to see, during the first semi-final that will take place on the 18th of May 2021.

“The Power of Water”

Dutch singer Davina Michelle and Dutch actress Thekla Reuten will join forces for this interval act. The idea of the act is to tell a story of The Netherlands history with water. For those who don’t know, The Netherlands has had a rough history when it comes to taming the greatest element of our planet, water. A big part of The Netherlands are in fact below sea-level, and without any water control, The Netherlands wouldn’t exist as it does today.

Head of Show, Gerben Bakker had the following to say:

It’s clear, that the world is in for a Dutch treat when these talents will tell this story for worldwide viewers, but who are they exactly?

Davina Michelle, born as Michelle Davina Hoogendoorn, originates from Rotterdam and has in the past 5 years build-up her singing career, she took part in the fifth and until now last season of Idols Netherlands in 2016, where she was eliminated quite early on in the competition. After that, she started uploading covers on her own YouTube channel, where things really started to grow after she uploaded a cover version of P!nk’s song “What About Us”.

Thekla Reuten originates from the town Bussum, located in North Holland. Her career started early, back when she studied acting in Amsterdam. Since then, she has been featured in numerous Dutch movies and series and has even featured in both British and American television as well, and been active within the industry since the 90’s. Most of her roles have been within the Drama-genre.

Reuten will the role, that symbolizes the power of the water, while the music will be composed by Michelle, who also had the following to say about the interval act:

There is not long left until the first semi-final finally takes place on the 18th of May, and with every detail we get, there more we all can get excited for a fantastic show, which hopefully the two year long wait will deliver.

What do #YOU think about this interval act piece and are #YOU happy about this inclusion of telling something about the Dutch history? As always, drop by our social media platforms or discuss and/or share your opinion on our forum HERE.

Can’t wait for the Eurovision Song Contest? How about a warm-up with our Expert-Panel! This year we’ll have 4 live streams where we share our thoughts on this years competitors, for more details, just click here.