Home 2021 Editorial: The many flaws of Roxen’s “Amnesia”

Disclaimer: This post is an editorial and therefore heavily prone towards subjectivity. Also, swearing, strong opinions and speculation. Anything stated beyond this point is the author’s personal opinion and does not necessarily represent the views of ESC United as a whole or other editors.

It’s done. Eurovision is over. After two aaaagonizing years, we finally have a new incumbent winner, Italy’s Måneskin. This edition was all-round amazing and the chants of SONO FUORI DI TESTA MA DIVERSO DA L’ORO were like a clarion of righteousness thundering over the libelous outcries of butthurt francophones.

However, not everyone seems to be having a brilliant time. Romania do not appear to be enjoying themselves much, as Roxen’s NQ has caused several meltdowns. Here’s my favourite, as it involves #TeamUnited: 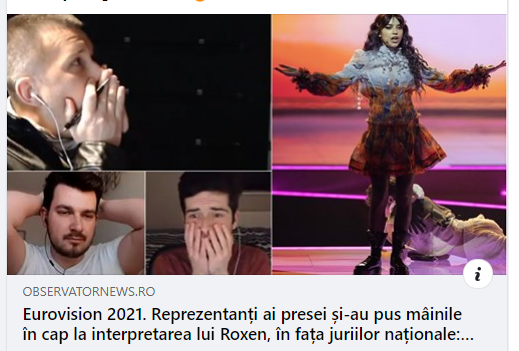 In fact, I hear Romanian officials have now now turned to blaming Roxen directly for the NQ, and that doesn’t sit well with me. Not one bit. I’ve a feeling she’s getting scapegoated, when in reality the Romanian team as a whole failed. Romania were at risk the second they picked their song, and ran it into the ground by making bad decisions throughout the process.

Hence, an editorial. I happen to know a thing or two about devastating Eurovision NQ’s. My home country is responsible for arguably the most shambolic NQ in all of Eurovision.

Hint: She echoed, echoed and flopped.

I will start by pointing out that Roxen’s NQ is nowhere near the level of “Thick-of-It-esque Omnishambles” as Sennek’s was, fortunately. “A matter of time” was a good song that bombed because the Belgian delegation was too arrogant and blasé to do anything with it (how/why are that HoD and Stage Director still alive, let alone functional members of 2021’s Belgian delegation). This does NOT apply to Romania this year. They were through with the professional juries and deservedly so. I can say that confidently even though I don’t like “Amnesia” myself.

Besides, there were bigger trainwrecks this year. I’m sure you’re all wonder in excitement who I’m refering to, edging in anticipation like this: 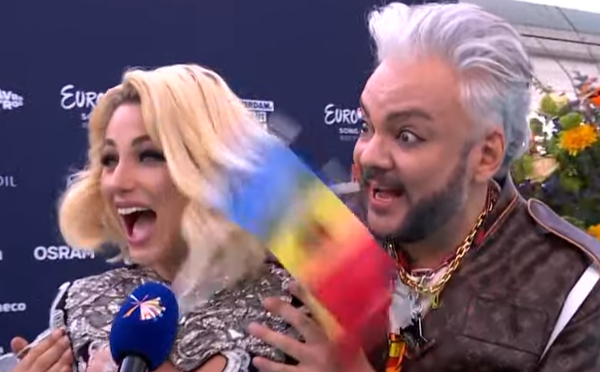 but I couldn’t possibly name names.

Anyway, the main problem that Romania had this year was their song. “Amnesia” was lowkey a very poor song if you want to appeal to televoters. Here’s why:

Why “Amnesia” was not a good song

Music at its core is a form of communication. It evolved as a tool for heralds to tell stories with, using rhythm and rhymes to better remember its contents, and also make it easier for the listener to remember what they said. The oldest musical record discovered to date, the Hurrian Hymn to Nikkal, was recorded in cuneiform and predates the first alphabet by several centuries. Messages are an important part, but it’s the melody that allows the messenger to connect with their audience. No melody and the meaning gets lost. Therefore, melody will ALWAYS be more important than meaning, regardless of which genre of music we’re dealing with.

As far as the meaning was concerned, I have no qualms with picking mental health awareness as the topic.  Personally, I really love that Romania wanted to tackle an issue as important as mental health, especially concerning how it has affected many (esp. adolescents) during the ubiquitous quarantines. It’s an important topic to raise awareness on, and who better to sing about it than an introverted young adult such as Roxen? I was certain she would do such a delicate topic justice.

However, one needs to keep in mind that “Mental Health” is NOT an easy to topic  to get right at  Eurovision. Most people that tune in do so for the camp and the cray-cray. They want to have fun, and “mental health” is a decidedly not-very-fun subjects. Several other songs that delved into similar subject matter (including Switzerland 2018 and Austria 2019) did not do so well in Eurovision.

That said, discussing a taboo subject doesn’t necessarily need to be a problem. Unpleasant topics CAN do very well at Eurovision (most notably: “1944” which was literally about genocide), but you need to make it digestible for the masses. You need to ensure that people are able to empathize with you, or better, admire you. This is where the melody and the lyrics come in.

Problem is, “Amnesia’s” melody was as forgettable as its title implied. Maybe it’s a me thing. Maybe I am the fool for needing at least ten tries before I finally managed to remember how the chorus went from memory. But hey, a lack of catchiness isn’t inherently a kiss of death. “Proud” wasn’t exactly a banger either, and it won 2019’s jury vote, thanks to Tamara’s crystal clear diction and engaging body language.

This brings us to another problem with “Amnesia”: the way it communicates its (already dificult) message is rather… suboptimal. To use “Proud” as a contrast again, Tamara Todevska had crystal-clear diction. Her song had profound but simple English lyrics. Both of these things are amazing assets in ESC, as the majority of the people that tune in every year speak English as their second, third or fourth language, if at all. Listening is always the easiest skill for ESL learners, and enunciating well helps to connect with the limited English they can understand.

However, that would ALSO require for the lyrics to be easily understood and alas. I would say I’m quite fluent in English, and even I struggled making out the words. Yes, I could have read the libretto, but audience members don’t get that luxury and it’s them who vote, not I. Roxen’s poor diction during the live / warbled autotune in the studio did NOT help, but it wasn’t the main culprit. The main villain was the song itself. Enjoy this image that visualizes how I experienced “Amnesia”

Effectively,  Amnesia was pelting the audience with slogans and left it up to them to connect the dots.

This is a terrible approach towards an audience that does not have English as their first language. It’s the equivalent to showing up to a Beginner-level English Poetry cCass and IMMEDIATELY being given “The Colossus” as study material. Actually, Sylvia Plath’s nebulous writings may be more lucid than Amnesia’s lyrics or the way they are communicated. What on Earth are “curfews in a rush“? I can, with enough investment, make out that “Amnesia” is about the forgotten voices of depressed adolescents, and that it intends to coach them on “Self-love” and “getting strong”, using Roxen as an exemplar.

SADLY, most of Europe does not have a Eurovision-obsessed gay son on speed dial to cue them in. They have to do it themselves and hence why the song always would have NQ with televoters.

Add this to “Amnesia” having an unmemorable melody AND a difficult topic, and you’re heading right into the unlikely qualifier purgatory before rehearsals have even started. “Amnesia” is a difficult song because it struggles with the fundamental purpose of music: communication.

The Act clashed with the song

Have no fear however! Eurovision is fortunately an audiovisual spectacle and good staging can often patch up the weaknesses of a song. However, Romania’s act did not.

Now, don’t get me wrong: I thought the act was very well-designed. The choreography was beautiful and symbolic, the backdrops were gorgeous and the other aspects such as timing and camera angles were largely spot on. Technically, the Romanians had thrown together a very good act for Eurovision.

Problem is, a visually stunning act like that CLASHES with a song as unmemorable as “Amnesia”.

You see, the audience already needs to pay a lot of attention to remember the melody, let alone make out the connection between the seemingly random words slurred at them with reckless abandon. If you’re going for busy act like “Amnesia’s”, one rife with tryhard symbolism (or as I call it: “f’cking meaningitis“) that you *also* need to pay attention to, you will create so much sensorial clutter that everything becomes a wash.

Good staging in Eurovision is not defined by how good the act looks by itself, but by how much it complements the song. Some songs need a lot, some need very little. Regardless, an act must always been adapted to what the song needs to conneect with he audience and the less you need, the better.

Surely, a more skilled performer could have worked it… but… *sigh*. Alright, let’s address Roxen’s responsibilities in the matter:

The problems specifically tied to Roxen ~ and why I don’t blame her.

Okay so, yes. The diction. The vocals. The lack of eyecontact. These are all things Roxen failed to do correctly. Two things however: (1) Are we really surprised this happened after Selectia Nationala 2020? We all saw Roxen massacring four up-/midtempo songs, leaving her only with the ballad. Why wasn’t “Amnesia” composed as a slow ballad instead, then? (2) even taking that into account, Roxen improved a LOT when “Amnesia” came around. A lot went into that act and she executed the dance portion perfectly. There’s definitely growth here, and that speaks volumes for her motivation and effort.

You see, while Roxen’s lack of maturity and stage experience are what ultimately cost Romania the qualification, true, but they come ON TOP OF the aforementioned problems with the song. “Amnesia” sucks, and was outclassed by its own act. Romania were never, *ever* getting through with the audience in that semifinal, Roxen or no Roxen.

So whose fault is it? All too easy to pin it on Roxen, who did her best working with what she was given. So I ask myself this:

Did Roxen compose the song? Did she pick it herself?

Did she come up with the act? Did she insist on doing that act over the rejected stage concepts that indicated a simpler idea?

Did she make all of the decisions autonomously, without any intereference from the delegation?

Even if the answer is “yes“, then the responsibility still lies with TVR’s delegation. They have been doing this for years. They should know better.  They chose Roxen twice. They knew what her strengths and weaknesses were. Now that they failed to qualify for the third consequetive contest in a row, they’re pinning it all on her. A young talented musician’s fledging career lies in tatters because some people fail to understand (or admit) where the true responsibilities lie.

There is only one truth.

Romania’s NQ was a group effort.

Pray that they learn from their mistakes next time around.