Home Announcements Crime is a Disease. Eurovision 1977 is the Cure. 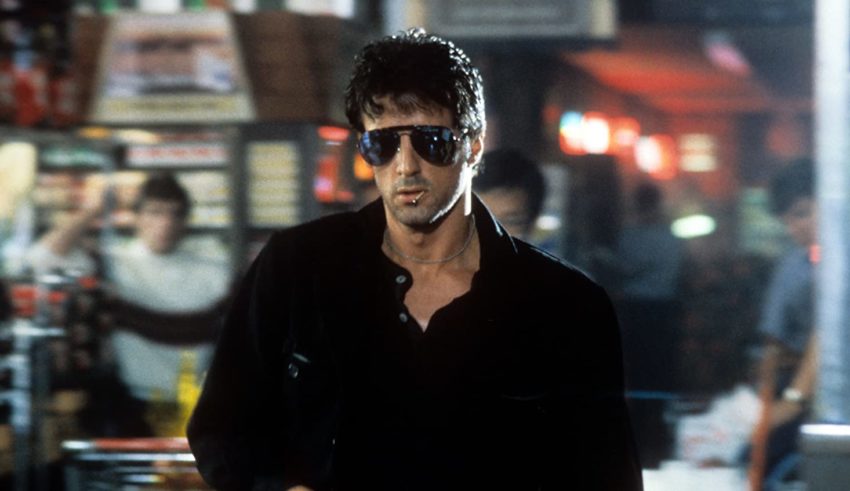 Hands up those of you who are going stir crazy because of the COVID-19 enforced social distancing!

Alright, quite a few of you out there in Eurovision fan land. How about to pass the time we have a look at a few movies where the score was written by a Eurovision alumnus?

And by movies, we’re talking about some of the best American action and comedy movies of the 1980s and 1990s with a score written by the hit-maker behind one of the biggest disco hits of the 1970s.

Yes, we are going to have a movie marathon of the select works of Sylvester Levay. But first, an introduction to the man who wrote “Telegram” for West Germany’s Silver Convention at Eurovision 1977.

Born in Subotica, Serbia (then Yugoslavia), on May 16, 1945, Levay grew up with and hoovered up American popular music of the 1950s and 1960s as he simultaneously studied classical music arrangement and composition.

Levay moved to Munich, West Germany, in 1972 and immediately struck up a rapport with lyricist Michael Kunze, who also went by the name Stephan Prager. Though both were classically trained, Levay and Kunze wanted a modern pop side project to the musicals they’d been working on, and they threw their hat in the disco ring and created a studio disco project called Silver Convention (Levay’s nickname was Silver). Levay was the keyboardist and composed their tracks, while Kunze was their lyricist, with Penny McLean, Ramona Wulf and Linda G. Thompson as their three singers.

Silver Convention hit the ground running with a minor charting single in “Save Me,” but they soon struck gold with their Billboard Hot 100 Number 1 single “Fly, Robin, Fly” in November 1975. It has several distinctions, in that it only has six words in the song (the titular fly and Robin and chorus lyrics “up to the sky”) and that Silver Convention were the first ever German artists to hit Number 1 on the charts in the United States. Its stay at Number 1 was also bookended by KC and the Sunshine Band’s “That’s the Way (I Like it).”

Silver Convention’s next single “Get Up and Boogie” managed to reach Number 2 on the Billboard Hot 100 in June 1976. They then decided to embark on an unusual project for a group that had already achieved chart success in the United States and Europe: Eurovision. (Rhonda Heath replaced Thompson at this point.)

Despite being a well-known act for West Germany, they only came in 8th with “Telegram.” Marie Myriam scored the win with “L’oiseau et l’enfant,” the last time France won Eurovision. Silver Convention’s career ended fairly quickly after Eurovision 1977, with the singers going on to attempt solo careers of varying degrees of success. But its group founders Levay and Kunze who continued with work in film and theater. Levay did arrangement and conducting work on the scores for Scarface and Flashdance, working with the great Giorgio Moroder on both.

And it’s Levay’s original compositions we’re going to look at today, starting with perhaps the most infamous entry.

Sylvester Stallone had achieved superstar status with his turns in the Rocky and Rambo franchises, but his output outside of those were a mixed bag. The critics of the time would have you believe Cobra is horrible, but film audiences in the summer of 1986 told the critics where to stick it, as Cobra grossed $160 million at the box office. Cobra was nominated for Six Razzies, but it remains a cult classic to this day, particularly for fans of action films from this era.

Cobra is about a group of psychopaths led by The Night Stalker (the first large role for Brian Thompson, who’d enjoy a lengthy career as villains in several Star Trek franchises) that call themselves “The New World” and terrorize and murder those they consider “weak” and “inferior.” Stallone plays Detective Marion “Cobra” Cobretti, a tough as nails cop who protects a model (played by Bridgette Nielsen) being stalked by these nihilistic lunatics.

Predictably, Stallone shows up their “supremacy” by running through each villain in ever more hilarious ways until a final showdown in an abandoned mill. Directed by George P. Cosmatos (though with a reported heavy hand from Stallone), it’s a plot light action extravaganza that gets from plot point to plot point through a series of car chases and shoot outs. Perfect.

I also put Cobra first as this is a perfect example of how a film’s score can provide individual moments such as tension for a car chase or add a seductive element to a love scene. And also how a film’s score can throughout the movie highlight larger themes, such as how breakdown in law and order can make a murderous philosophy seem appealing to the lost and despondent.

Fans of modern synthwave will get a kick out of Levay’s opener for the movie, which fits in perfect for the cold nihilism of the villains.

Cobra never had a sequel. But Stone Cold is a Southern cousin of sorts, with former NFL star Brian Bosworth playing Joe Huff, an Alabama cop on suspension for excessive force. He is recruited by the FBI to infiltrate a white supremacist biker gang called “The Brotherhood,” led a lunatic called Chains Cooper played with psychotic glee by famous Hollywood character actor Lance Henriksen. The Brotherhood has some side action in murdering politicians and supplying drugs to the mafia.

The end scenes, where bikers storm the Mississippi State Capitol to free a member of their gang and kill the judges who have sentenced several of them to jail, ends with an awesome scene where a biker charges at Bosworth, gets blown off his bike, and the bike flies out of the window and into one of the gang’s helicopters!

If you like seeing racist scum being obliterated in a hilarious manner by a ridiculous muscle-bound wisecracking tough guy, then Stone Cold is a turbo-charged version of the sort of action movie you’d like. Director Craig R. Baxley, who made his name as a stunt coordinator and director on the over-the-top ’80s action comedy The A-Team, brought that punch everyone and blow everything sensibility to the silver screen.

Levay knew what material he was working with, and fashioned an appropriate score that punctuates the action scenes appropriately and emphatically and adds to the identity of the American South as the setting and the scuzzy nature of the villains.

Coincidentally, Eurovision 1988 winner Celine Dion always claimed that the song and video for her 1996 hit “It’s All Coming Back to Me Now” was inspired by Wuthering Heights, but after seeing the ghost of her biker beau riding down the halls of her Southern mansion, we all know she really saw that final act scene from Stone Cold and saw an opportunity to pay homage in this song!

As with Cobra, film critics were not kind to this movie, and Bosworth never had another shot at a theatrically released action film. It was also a box office bomb, but has lately become a cult classic. No doubt by us Celine Dion fans who recognize a great action movie when they see one.

Created by television legend Donald P. Belisario, who also has the spectacular science fiction show Quantum Leap and the great Magnum P.I. as credits, Airwolf is a television show featuring the antics of Stringfellow Hawke (the late Jan-Michael Vincent) and Dominic Santini (the legendary Ernest Borgnine) flying the high-tech military helicopter Airwolf on various Cold War missions at the behest of the United States government and the shadowy Firm, represented by dodgy eye-patched operative Archangel (Alex Cord) who occasionally joins them as a flight engineer.

Levay lays on the synth pretty thick to bring home the idea that the baddies are going to get heat from something very high-tech. He did it well, as Airwolf is a resident of many “Best theme song of the ’80s” or “Best theme of all TV shows” lists.

Levay did the score another military movie, this time Navy SEALs. One of the most memorable scenes of the movie is the HALO jump (High altitude, low opening) sequence, which is a beautifully shot depiction of the Navy SEAL team dropping in off the coast of Lebanon to rescue an air crew kidnapped by terrorists.

Admittedly, the score is a tip of the hat to Top Gun, another film that has been brushed off as slick military propaganda. But in conveying a sense of wonder at the difficult task of a HALO jump, Levay nails it.

Navy SEALs is about the elite fighting unit of the US military called the United States Navy Sea, Air and Land (SEAL) Team, with Michael Biehn, Charlie Sheen, Bill Paxton, Dennis Haysbert, and Rick Rossovich (Slider from Top Gun), and Cyril O’Reilly as Navy SEALs rescuing an air crew. The villains are terrorists doing terrorist-y things, and the SEALs are American soldiers saving the world from their terrorist doucheyness in the manliest of ways.

Navy SEALs did not achieve the box office heights of Top Gun, but it is a well-regarded and slickly shot action film that earned a second life on home video. It also helped that Navy SEALs was the butt of jokes in the independent hit comedy Clerks, with many of the “ironic” crowd paying good money to watch a movie that their snark-lord Kevin Smith made fun of.

Navy SEALs is not going to be a classic in the Top Gun vein, but it is nowhere near as bad or intellectually devoid as its detractors claim.

Speaking of Charlie Sheen and Top Gun, Levay did the score for the memorable Top Gun spoof Hot Shots!

Getting screwball comedy and mimicking the Top Gun score just right is a touch challenge, but Levay nailed the tone of this Naked Gun-esque spoof.

The plot spoofs that of Top Gun, though plenty of other movies from the time period are parodied. Though Sheen is in the role of Tom Cruise’s Maverick, it is really legendary American actor Lloyd Bridges who steals the show as the daffy naval commander, blending the performance of Police Academy’s Commandant Lassard (George Gaines) and Naked Gun’s Frank Drebin (Leslie Nielsen).

As a common criminal involved in a conspiracy above her head, Goldberg largely succeeds in this largely forgotten comic caper. After her stints on The View and her serious work, you forget that Goldberg started life as a stand-up comic and entertained in some R-rated comedy. And that she did it rather well, even in harmless hijinks such as this movie.

Should you feel like exploring some of his other work, his full list of work can be found on his IMDB page.

Whether or not you choose to do a Sylvester Levay marathon, stay distant, stay healthy, and stay safe!

How are #YOU coping with social distancing? If #YOU have any playlist or movie marathon ideas that are Eurovision related, let us all know in the comments below, on social media, or in our forum.