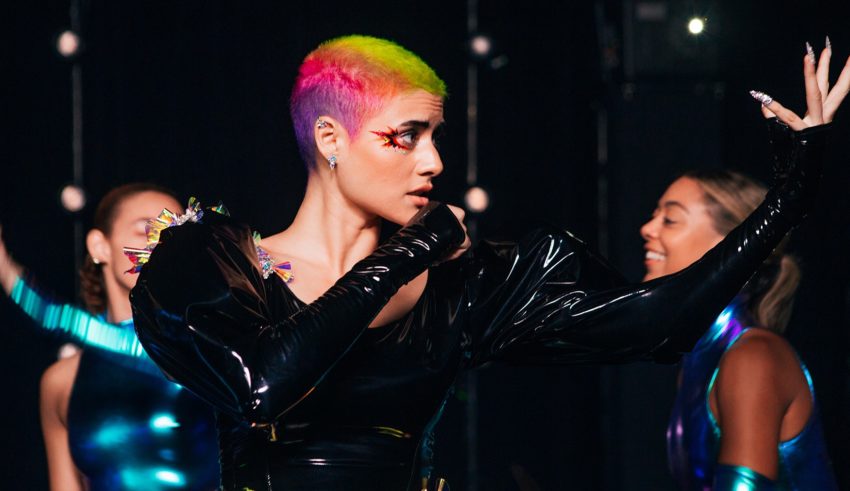 Time to take off those cloaks! Montaigne may not have been present in Rotterdam this morning, but we  were shown rehearsal footage from her live-on-tape instead.

If we’re honest, we weren’t given much from Australia. A mere 30 second clip (without sound) of “Technicolour, right at the beginning. But we’re giving the few details we have anyway, as we deem it important Australia don’t fall behind in terms of press coverage.

Montaigne was wearing a dark, angular outfit, somewhere between an asteroid and an astronaut. Her face was embezzled with many shiny crystals and some eye-catching red and black eyeshadow. As she sings about the “technicolours” of the first verse, we notice a few special effects.  The stark colour palette is livened up with flashes of yellow, cyan and magenta.

Our careful and early assumption is that the overal staging will transition from dark and gloomy into colourful and whimsical but without more material to judge this conjecture remains entirely speculative.

Some official rehearsal material has been released however, which you can check out at your leisure:

What do #YOU think of Montaigne’s rehearsal? Has she got the power, yeah? Share your thoughts with us in the comments, on our forum HERE or on social media!