Home 2022 Albania: FiKmas Kicks Off With a Bang, Juries Narrow the Field 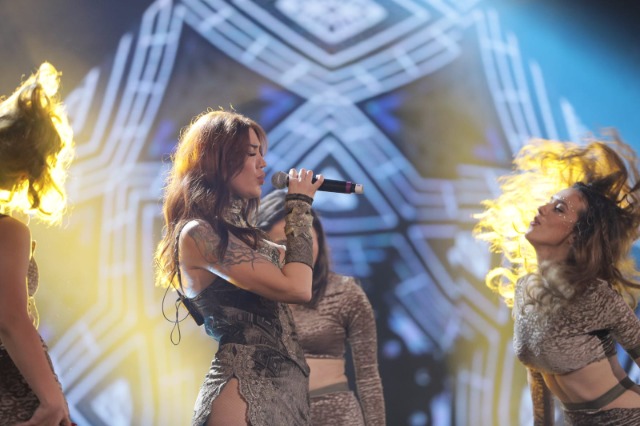 RTSH
Olimpia Smajlaj performs "Dua". She was one of the three newcomers at this year's FiK to advance to the final.

Tonight was the kick off for the 60th edition of Festivali i Këngës, and we got our first looks at how the fan favorites like Mirud, Alban Ramosaj, Ronela Hajati, and Janex would perform on stage. But while those artists were strutting their stuff on stage, six of the competitors were fighting for their place in the final.

As previously announced, the format for this year’s FiK is a little different. In past editions, the field of competitors at the semi-finals has been cut down before the final night. Instead, this year, all of the veteran performers automatically qualified for the final, with only 3 acts being eliminated from the group of six newcomers.

Those newcomers, who all performed one-after-the-other in the middle of the line up, were:

The seven-person jury, one of whom is FiK59 winner and Eurovision 2021 competitor Anxhela Peristeri, were tasked with whittling that number down. At the end of the night, Eldis Arrnjeti, Ester Zahiri, and Olimpia Smajlaj were selected to advance.

Did #YOU thave a favorite performance tonight? Were #YOU shocked that Kejsi Rustja didn’t advance? Just me?   Sound off in the comments below, in our forum, or on social media @ESCUnited.