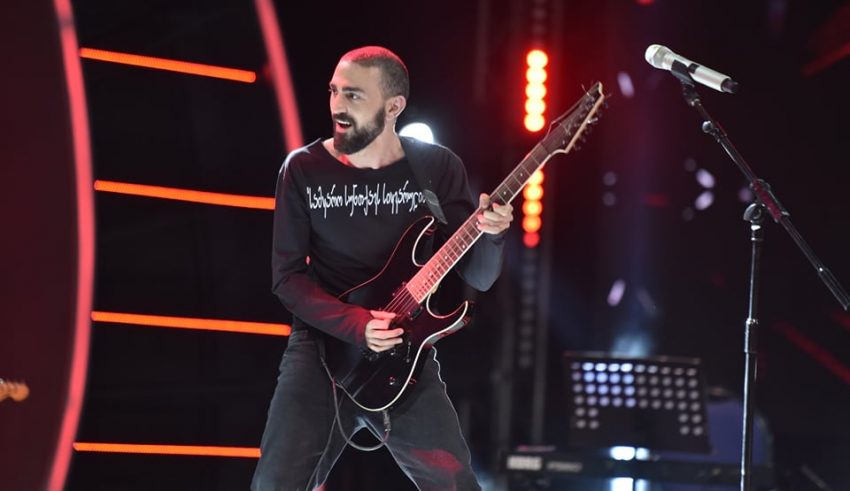 It was a battle of three queens this evening on Georgian Idol as Tornike Kipiani edged out Tamar Kakalashvili and Barbara Samkharadze to become the new leader in the musical and soundtrack themed second elimination round.

Kipiani triumphed with 19.13% of the televote with his performance of indie punk rock band The Subways’s “Rock ‘n Roll Queen.” Kakalashvili, who was last week’s leader and earned her Queen Tamar crown after she had arrived at the competition with a rousing cover of Jessie J’s “Queen,” was second with 15.71% of the vote. Not to be outdone, Samkharadze proclaimed she was Queen Barbara before her cover of a famous Queen Latifah performance, though she came in 3rd with 12.11%.

Liza Shengelia was eliminated as her performance of Audrey Hepburn’s “Moon River” failed to impress the public and the judges, with her minimalist performance getting criticism from judge David Evgenidze. Shengelia was joined in the bottom two by Anri Guchmanidze, whose “Heaven on the Minds” from “Jesus Christ Superstar” failed to land with the Georgian public. Shengelia got the chop, as she was the lower of the two with 8.09% to 8.64%.

The second round results are, with percentage of votes, as follows:

The margins were particularly narrow, with only 0.08% separating 5th and 8th. A narrow 0.04% kept Nika Kalandadze out of the outsiders group, though she earned praise for a restrained performance of “Don’t Cry for me Argentina,” a song contest favorite that trips contestants up who always choose to belt more than a leather goods store in Fort Worth, Texas.

Hosted by Ruska Makashvili, Star of Georgia or Georgian Idol is the Caucasus nation’s version of the Idol franchise. It is the second straight year the show will serve as the selection method for Georgia’s representative and song at Eurovision 2020, to be held in May 2020 in Rotterdam, the Netherlands. After tonight, the remaining eight will be eliminated one by one by viewer votes until the Grand Final.

Berdzenishvili was absent this evening, participating as part of Georgia’s Junior Eurovision delegation for the 2019 contest being in held in Gliwice-Silesia tomorrow night in Poland.

What do #YOU think of Tornike Kipiani’s performance? Do #YOU think Liza Shengelia’s elimination was too harsh? Let us know in the comments below, in our forum, or on social media.