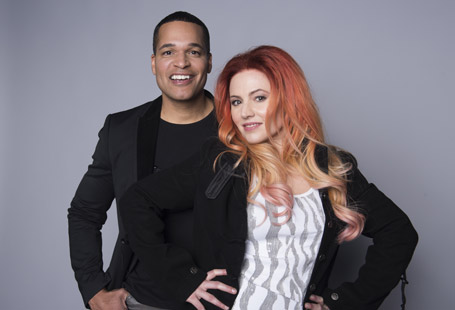 Moments ago the Sammarinese broadcaster revealed their song for Kiev. Valentina Monetta will take part in Eurovision for the fourth time! This time she will be joined by Jimmy Wilson.

The song “Spirit of the Night” was written by Ralph Siegel, Steven Barnacle and Jutta Staudenmayer. It is a disco tune which will bring Kiev alive!

This will be the eighth entry from San Marino. They have only made the final once, that was thanks to a Valentina / Siegel combination, so why tamper with a winning system? Well I am sure that is what SMTV were thinking, so they have asked Valentina to return and just to spice things up they have added another name to the team, Jimmy Wilson

You can watch the video here: