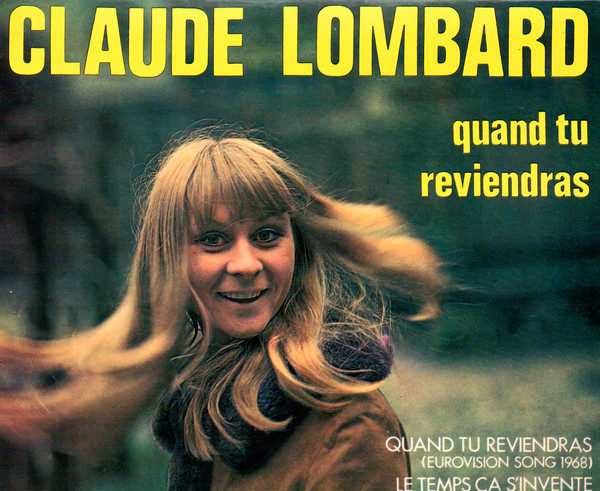 Claude Lombard, the singer who represented Belgium at the 1968 Eurovision Song Contest, has died at age 76. The news was announced on her official Facebook page on Monday. No cause of death was given.

Born on February 25, 1945, in Etterbeek, Belgium, Lombard performed the haunting love ballad ‘Quand tu reviendras’ at the 1968 contest. She performed 3rd and finished 7th on the night. The news of her death comes just days after the #EurovisionAgain stream of that contest.

Eurovision was in Lombard’s blood. Her mother, composer and cabaret performer Claude Alix, and her father, jazz musician David Bee, wrote the music and lyrics for one of Belgium’s first Eurovision entries. Performed by Mony Marc, ‘Le plus beau jour de ma vie‘ was one of the two songs that represented Belgium at the very first contest in 1956.

Post-Eurovision, Lombard had a long and varied career. She hosted and wrote songs for a children’s show in Belgium. In 1969, she recorded and released the psychedelic chanson album, Chante. The entire album has been uploaded to YouTube and is well worth a listen! It can be found here. After relocating to France, Lombard released a self-titled second album in 1978.

She also composed a musical theater piece that year titled Attention fragile for noted French actors Anny Duperey and Bernard Giraudeau. No video footage of that musical is known to exist, but you can view clips of the rehearsals and hear some of Lombard’s playful pop compositions in this archived news report:

Lombard eventually transitioned into a career in children’s music and animation dubbing. She was featured on dozens of shows, including the French dub of Fraggle Rock, and she provided the singing voice of Miss Piggy for the French dub of Muppet Babies. Throughout the ’80s, she also sang the theme song for a long list of cartoons. If you grew up in a French-speaking country in the ’80s, there’s a good chance you’ve heard her singing the theme to Rainbow Brite or The Snorks. The Rainbow Brite theme, in particular, really slaps.

In the ’90s, Lombard began taking a more active role in the French-dubbing industry. She oversaw the music dubs of several noteworthy animated films, including Beauty and the Beast, The Prince of Egypt, Frozen, and Tangled.

She continued to work in dubbing into the 21st Century. French-speaking Buffy the Vampire Slayer fans may recognize her as the singing voice for Tara in that show’s musical episode.

Lombard also created a children’s choir known as ‘Les Chatons’ (‘The Kittens’) and directed it for many years, producing several albums. In 2019, she rerecorded some of her most fondly remembered children’s TV theme compositions and released them on a compilation album.

Do #YOU have affection for any of Claude’s non-Eurovision music? Did #YOU grow up hearing her voice every Saturday morning, singing the theme song of your favorite cartoons? Sound off in the comments below, in our forum, or on social media @ESCUnited.

Source: And the Conductor Is