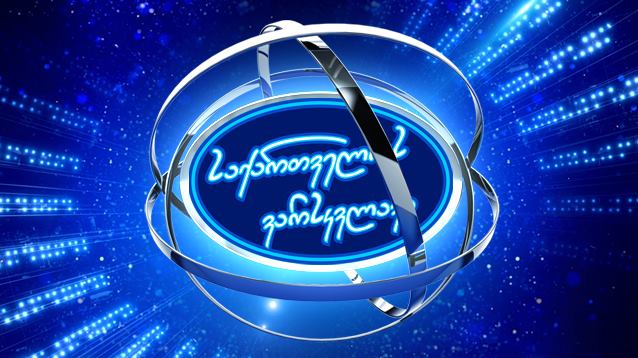 It’s golden ticket time as the eight season of Georgian Idol kicked off tonight, with nine performers moved on to the next round as Georgia searches for its next star to represent the nation at Eurovision 2019 in Tel Aviv, Israel.

Hosted by Vaniko Tarkhnishvili and Ruska Makashvili, the Georgian Public Broadcaster opted to use the Georgian Idol format to find their next singer, after two years of internal selection resulted in non-qualification from the semi-finals at Eurovision 2017 and 2018. Additionally, the song entry will be selected separately, with submissions to be incorporated into the later rounds of the show, though the GPB’s call for the public to submit their entry is still open until February 1, 2019.

Judging by social media reaction thus far, an early favorite has to be the 16 year old student, violinist, and dead ringer for Genevieve Bujold in Tato Lachkepiani, whose soulful voice and strong stage presence for such a slight frame impressed the judges. Performing last on the night, she capped off a range of impressive, memorable and musically diverse contestants.

First up, and performing Jessie J’s “Burning Up” with as much gusto as she does on the rugby field, Mariam Goduadze impressed the judges right out of the gate. Judge Natia Todua was, in particular, taken with her interpretation and her movement on the stage.

Following on – and if social media is an indicator – another strong favorite for the crown is young make-up artist and singer Mariam Zhordiana, who cites Eurovision 2018 winner Netta as an influence aesthetically, but soul and rhythm and blues musically. She nailed her performance of “Must be Love on the Brain,” though her impressing the judges before the performance with a brief make-up tutorial certainly helped.

Two performances that were not given a golden ticket followed, with Avatandil Kikhianidze’s youthful take on an older classic in “Strangers in the Night” failing to wow the judges, and classically trained pianist Eto Tskipurishvili puzzling the judges with her Frida Kahlo inspired look, and judge Stephane Mghebrishvili questioning why someone of her pedigree would present a flat and unambitious take on Elvis Presley’s “Can’t Help Falling In Love With You”.

As ‘tis still the season when Georgian Idol was taped, floppy-lock adorned teenager Ikko Aleksidze did impress with another Frank Sinatra song, “Have Yourself a Merry Little Christmas,” proving that done right, a youngster can do soulful and mature.

A former X-Factor contender in Giorgi Nakashidze followed, and given his good looks, natural charisma, stage presence and smooth voice, will also be a strong contender and televote favorite.

Teenager and high school student Natia Nanobushvili impressed with her take on Emile Sande’s “Clown”, knowing like Mariam Goguadze that the judges will be keeping an ear out for someone who can do modern and not just nailing the classics.

Speaking of modern, Azerbaijani rapper Afik Nawruzov caused a bit of debate with his performance titled “Assassin”, but ultimately the judges felt that his stage presence and charm, as well as his sense of humor, were enough to carry on to the next round, though they were concerned about his range.

Back to Christmas, and another young fellow trying old soul, this time David Kalandadze performing “White Christmas”. A dapper young guitarist with a fantastic moustache, this smooth crooner is a strong rival in the suave sweepstakes against Giorgi Nakashidze.

It was skit time, as Santa Claus performed “Let It Snow.” The humor did not stop and was actually topped by the next performer who did Herb Alpert and The Tijuana Brass Band’s “Tequila.” Famous for only one word – no prizes for guessing which one – this young man’s take had the judges in stitches and garnered a golden ticket.

The second last performance of the night belonged to 21-year-old Mariam Dokvadze, whose raw talent was enough to get a golden ticket even though there were critiques from the judges. But Mariam, who brought her young son, moves on and expressed relief that her hard work and self-training paid off.

Judging the performances were: Stephane Mghebrishvili, whose Stephane & 3G were famously barred from Eurovision 2009 in Moscow, Russia for their controversial “We Don’t Wanna Put In,” the lyrics of which they refused to change; Natia Todua, a serial X-Factor contestant who participated in Germany’s national selection “Unser Lied fur Lissabon” in 2018; Tinatin Berdzenishvili, GBP’s Media and Communications Director; and Zaza Shengelia, former Channel One executive and now head of London-based Bravo Records.

What did #YOU think of the first round of Georgian Idol? Are there any contestants in particular who impressed #YOU? Comment below, in our forums, or on social media.