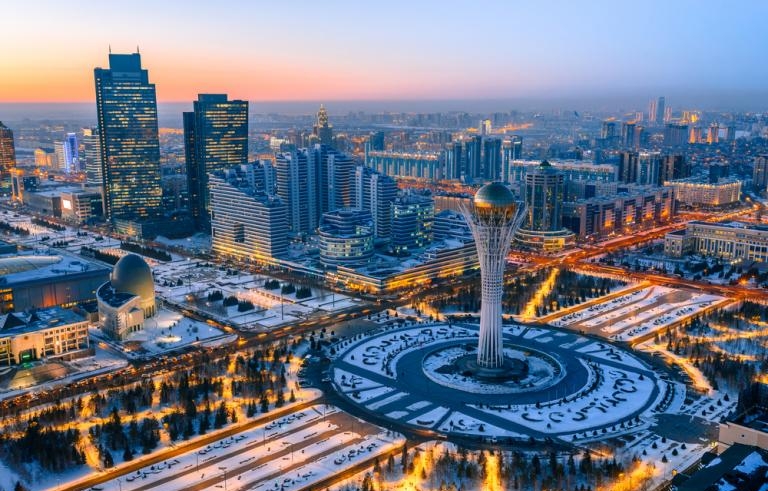 It appears that the prayers of many Eurovision fans longing for another debutant in the contest could be answered very shortly, as it is revealed that the Kazakh broadcaster Channel 31 is in positive talks with the EBU regarding the Eurasian nation’s debut in the contest – and could join Europe’s favourite TV show in 2019.

The broadcaster, available nationally in Kazakhstan and an associate member of the EBU, today released details of their meetings with the organisation and are currently in the process of joining as full members of the broadcasting union.

“31 Channel this year initiated a participation in Junior Eurovision. In November this year, we brought 7 Kazakhstani children to Georgia, among them were the Zhugunusov brothers and Danelia. They performed at the Euroclub, while the working committee of the Junior contest has been watching there for the possible candidates for  participation. We will host a national casting and in the first half of the year it will be clear who will travel to Minsk to represent our country.”

The broadcaster also seems to reveal that Kazakh performers will be involved in some capacity in Lisbon; “Today we have received an answer from Portugal, according to which in May 2018, we will bring this time the adult singers to the Eurovision Song Contest in order to participate first in the qualifying round, and in 2019 in the main Eurovision Song Contest. We will also be holding a national qualifying round”.

The EBU has responded by confirming that any applications for membership would be dealt with following the upcoming winter holiday season.

The last country to debut in Eurovision was Australia after being invited as a guest in 2015. Before this, San Marino and Azerbaijan were the last countries with full EBU members to join in Belgrade 2008.

Kazakhstan has had various broadcasters attempt to join Eurovision, including K-1 since 2008 and Khabar Agency since 2015, however it seems that Channel 31 are the first to formally apply for full membership.

#YOU can watch Kazakhstan’s winning performance from Turkvision 2014 below to get an idea of what the country could bring to Eurovision!

Will we see Kazakhstan in 2019? Who would #YOU like to see sing for them in Eurovision? Share your thoughts with us on our forum HERE or join the discussion below and on social media!