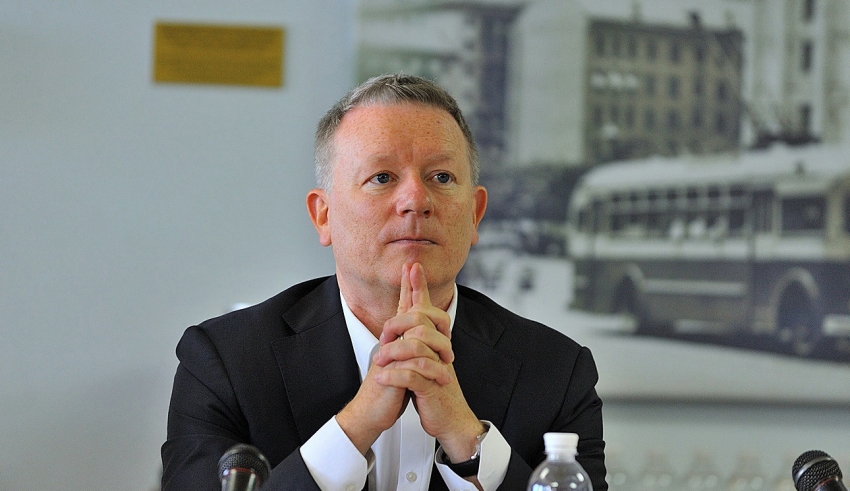 Jon Ola Sand, the Norwegian TV executive who has been executive producer of Eurovision since the 2011 contest, has admitted that Kyiv’s hosting of the contest has been difficult and the “most challenging Eurovision yet”.

Sand has confirmed that EBU officials have had to be a lot more hands on with the competition this year, as Ukrainian TV officials and the production team for Kyiv’s contest have hit multiple stumbling blocks, such as multiple resignations and delays in the organisational process.

Speaking to Aftenposten, a Norwegian news outlet, Sand explained the reasons behind this revelation.

We have been forced to work much more closely with the national organizers than before. Therefore, there are also a lot more people from the EBU in action than normal, in order to strengthen and speed up the process. Personally, I’ve also been in the host city a lot more than I normally tend to.

Organizers in Azerbaijan in 2012 decided to buy the entire output from a German production company. Here in Ukraine, they used the national TV people. Yet there are many Swedish, Danish, English and German production staff involved, many of them were also part of the TV team in Stockholm last year.

The interview also saw a focus shift towards safety at the contest, with tensions between Ukraine and Russia, at least in contest terms, reaching fever pitch in recent weeks. Of course, it was only two years ago that Ukraine was forced to withdraw from Vienna’s contest as armed conflict took place in Ukrainian territory.

We are working closely with the authorities here in Ukraine and the embassies that live here. None of these believe that the situation that takes place on the border between Russia and Ukraine will spread to Kyiv. There is nothing to suggest that.

What do #YOU think of Ukraine’s build-up to hosting? Let us know your thoughts!