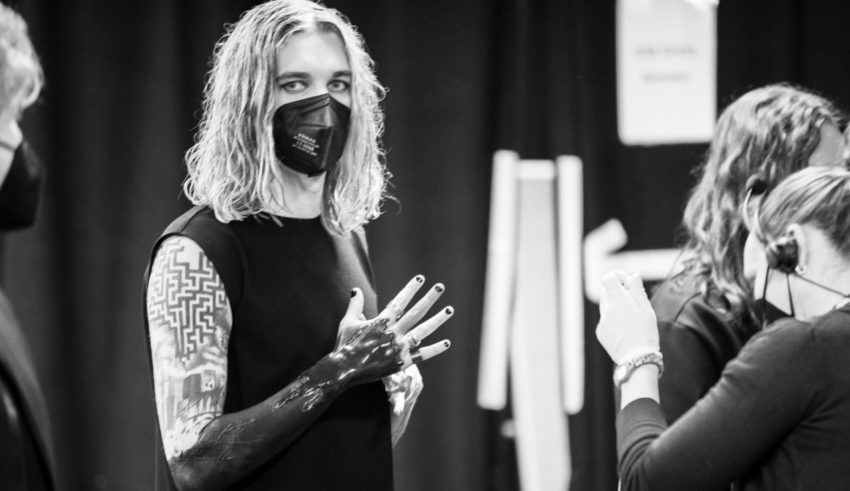 Every psycho in the scene, raise your hands and follow me! Our favourite Finnish violent poppers, Blind Channel just rehearsed for the first time!

Blind Channel’s act is similar to the one we saw in the National Final.  The band members are dressed in simple black clothes showing off their unkempt hair and tattoo’s.  Each member gets a good amount of attention from the camera, keeping the momentum of the uptempo song alive. Both of the leads deliver powerful vocal performances. Since middle fingers cannot be put up during the family shows, the Finns have painted their middle fingers red instead.

The Rotterdam staging enhances their already powerful performance. Pyro’s fire up, the wind machine roads, the strobe lights flash.  The backdrops show them hanging upside down, and on one occasion the camera makes a spin, creating an illusion of being upside down. The lighting is aggressively red, almost swallowing them whole near the middle eight of the song.

Overall, “Dark side” is a power spike coming right after a streak of introverted songs and that will pay dividents for Finland during the semifinal.

What do #YOU think of  Blind Channel’s rehearsal? What finger will you put up in their honor? Share your thoughts with us in the comments, on our forum HERE or on social media!