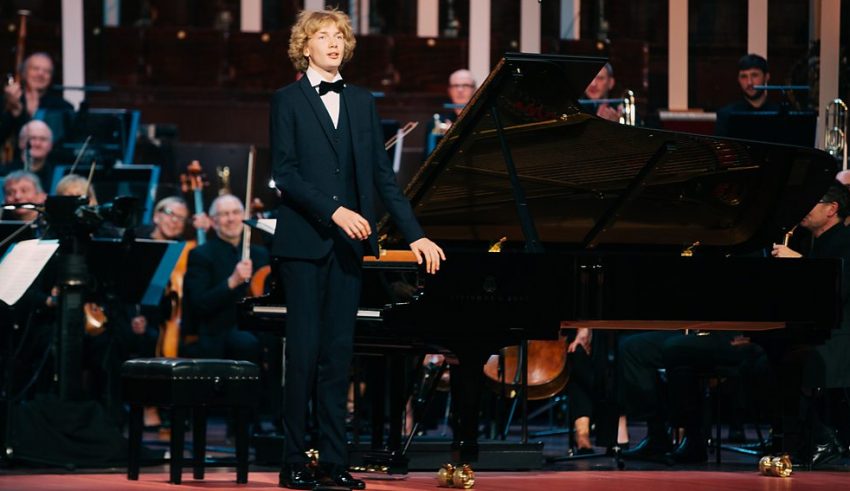 The European Broadcasting Union (EBU) announced today that the 20th edition of the Eurovision Young Musicians Contest will be held on an open air stage in King Tomoslav Square in the Croatian capital of Zagreb.

To coincide with World Music Day, the Eurovision Young Musicians Contest Final will be held on Sunday, June 21, 2020. Croatia’s Hrvatska Radiotelevizija (HRT) is the host broadcaster of the Grand Final, as well as the two Semi-Finals to be held earlier in the week.

The outdoor stage for Eurovision Young Musicians also ties the contest to World Music Day in that the day was started on June 21, 1982 by French Cultural Minister Jack Lang and French composer Maurice Fleuret to be an outdoor celebration of live music. The first World Music Day kicked off as the Fête de la Musique in Paris, and due to its overwhelming success, the concept carried over to other countries, with most countries having either publicly funded or privately funded events to recognize the day.

Zagreb has hosted a Eurovision event before – in 1990, while still part of Yugoslavia, Zagreb’s Vatroslav Lisinski Concert Hall hosted Eurovision 1990, which was won by Italy’s Toto Cotugno and “Insieme: 1992.”

“We are delighted to bring the 20th Eurovision Young Musicians competition to Croatia in 2020,” said the EBU’s Eurovision Executive Supervisor Jon Ola Sand. “HRT have been closely involved with this format for over 20 years and are very much a part of its heritage. We know that HRT will produce a fantastic event for the best young classical musicians to shine. This competition has launched some of the biggest stars of the classical world and we’re looking forward to giving the big names of the future an international stage next summer.”

The Eurovision Young Musicians contest has been held every even year since 1982. 16-year-old Russian pianist Ivan Bessonov, who you might recognize as the young lad who announced Russia’s points at Eurovision 2019 in Tel Aviv, Israel, won in 2018 at the Usher Hall in Edinburgh, Scotland. Bessonov won with his piano performance of “3rd movement from Piano Concerto Number 1” by Tchaikovsky.

Now when Jon Ola Sand says this contest has launched some of the brightest stars of the classical music world, he is not making an idle boast. Some winners have reached the pinnacle of the classical music world, such as 1988’s Julian Rachlin, who went on to be the youngest ever violin soloist at the Vienna Philharmonic and collaborated with legends such as Andre Previn. In the year since his victory, Bessonov earned a solo program at the St. Petersburg Philharmonic, and also performed on Russian TV’s New Year’s Eve celebration.

Austria have the most victories in this Eurovision contest, racking up an impressive five wins of the nineteen contests and 42 countries entered so far, the most recent in 2014 (violinist Ziyu He). A violinist has won the contest eight times, and a pianist has won five times.

Apart from 2014 and 2016, where there were only 14 and 11 countries represented, the format has been similar to Eurovision in that there has been a semi-final or semi-finals where judges place contestants in three performer brackets, with each performer having to perform about three to four solo pieces, with the winner of each bracket moving to the Grand Final. In the Grand Final, the performers play a three minute piece.

The judges will be chosen by the EBU, and will be a diverse group of performers and conductors from around the world, and the judges will mostly be luminaries with a lot of experience at the top level. Dodgy jury scores like what happened with Belarus at Eurovision 2019 will not happen here. Performances are judged on the following four criteria: technical accuracy, quality of sound, interpretation and performance.

The contestants are soloists who are 18 years or younger, and perform an instrument alongside an orchestra provided by the host country (in 2020’s case HRT). The instrument must be from either the percussion, keyboard, string, brass, and woodwind families.

Are #YOU looking forward to Eurovision Young Musicians 2020? What instrument do #YOU want to hear played at Zagreb next year? Let us know in the comments below, on social media, or in our forum.