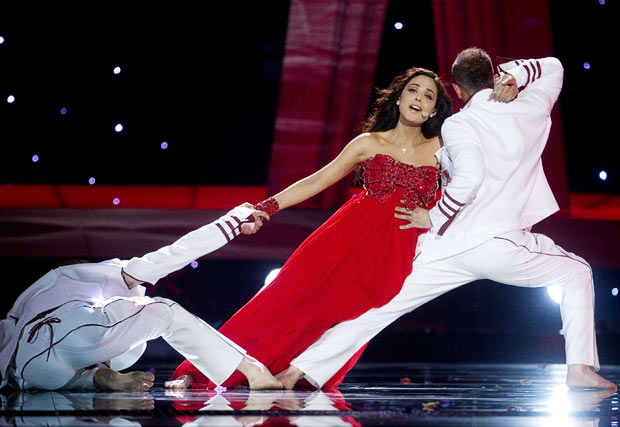 All opinions expressed in this article are those of the editor quoted and do not necessarily represent those of ESC United as a whole.

Hello and welcome back to Eurovision This Decade! The series where we as a team here at ESC United look back at the decade just gone and review each country’s Eurovision journey and the great entries they’ve offered us. Today it’s Georgia’s turn, but before we get into Georgia, let’s take a look at the France poll and see who #YOU picked as your winner!

Unsurprisingly, it was Amir in 2016 with “J’ai cherche” which took the title in our French poll, with 39% of the vote. Second place went to his successor, Alma with “Requiem” in 2017, with 22%, and conveniently followed by Madame Monsieur in 2018 with “Mercy”, achieving 12% of the vote.

Now, back to Georgia!

Georgia have participated in all ten of the contests this decade and have given us a wide variety of entries from pop, to rock, to ethno-jazz! Let’s take a quick look at their track record and then get into the reviews and rankings!

Performed 16th in the second semi final and qualified for the final in third place with 106 points. Sopho then performed 13th in the grand final and finished in ninth place overall with 136 points.

Performed ninth in the first semi final and qualified for the final in sixth place with 74 points. Eldrine then performed 25th in the grand final and finished in ninth place with a total of 110 points.

Performed 12th in the second semi final but failed to qualify for the final after finishing 14th on the night with 36 points overall.

Performed 15th in the second semi final where they qualified for the final in tenth place with 63 points. They then performed 25th in the grand final and finished in 15th place overall with 50 points.

Performed fourth in the second semi final but failed to qualify for the final after finishing 15th (last) in the semi final with 15 points overall.

Performed 16th in the first semi final and qualified in fourth place with 98 points. Nina then went on to perform 23rd in the grand final where she finished 11th overall with 51 points.

Performed 16th in the second semi final and qualified for the final in ninth place with 123 points. The band then performed 23rd in the grand final and finished in 20th place with 104 points.

Performed second in the first semi final and failed to qualify for the final after finishing 11th in the semi final with 99 points.

Performed tenth in the second semi final and failed to qualify for the final after finishing 18th (last) in the semi final with 24 points.

Performed 11th in the first semi final and failed to qualify for the final after coming 14th in the semi final with a total of 62 points.

Our diverse team have ranked Georgia’s entries. Here are their personal favourites and why they are there:

Okay now some of you may be thinking like…..why would you pick Iriao over some of the other amazing Georgian entries out there? Well this song is stinking majestic and the European public didn’t appreciate the beautiful and haunting harmonic structures that exist in this song. There is a reason that they are recognized as amazing vocalists in their country and this song live gives me goosebumps every time. I won’t apologize for choosing this.

The most annoying cliché of Eurovision fandom is when the fans request a country sends an “ethnic” song, and when the country does, the fandom reacts with indifference or vitriol (“he’s too angry!”). In Oto Nemsadze’s “Keep On Going,” Georgia sent a powerful appeal to peace across the divide, and European fans at large ignored it. Nemsadze was one of the best vocalists on offer and it is a stain on Europe that his entreaties to Abkhazia and South Ossetia were dismissed. A beautiful and passionate song, and the distillation of the current state of Georgia in three minutes.

I think Georgia have been treated too harshly in recent years. All of their entries from 2016 to 2019 have been good in one way or another, but yes, my favourite is the stereotypical slice of pop this time. Nina has a great voice, the song had a great beat and it was staged well. I was pleased to see this do quite well. (It was a bit overhyped at the time though…). I hope to see Georgia back in the final sometime soon.

Georgia wasn’t easy to pick a winner for me. I really enjoy Nina sublatti’s song but I did feel like I had to put it in second place behind the masterpiece that is Midnight Gold. Honestly, one of my favourite bands outside of Eurovision is known for not really having a specific genre so this kind of artsy and out of the ordinary song grabs my attention easily. I definitely feel like it is one of the best “unique” songs in the modern Eurovision Era so I think they are deserving of my top spot!

I am a massive alternative/indie fan and, while Georgia had some brilliant entries this decade, nothing tops the sheer joy I had when this came to life in Stockholm. Electronic shrieks, a fantastic live performance and a blitzkreig of lights made this a true standout in a high quality year, and I never felt more proud of the UK in Eurovision than when our jury gave this the top marks it deserved.

[Zack did not leave a review]

We as a team have combined our rankings for Georgia’s entries and converted them into Eurovision style points. Here is our team’s winner for Georgia! And it’s 2016’s “Midnight Gold” which takes our Georgian crown, ahead of Nina Sublatti’s “Warrior” from 2015 and “For You” from 2018! Surprisingly, Georgia’s two best results this decade only finished 7th and 8th in our editors’ ranking… but will our readers agree?

In the poll below #YOU can vote for your favourite Georgian entry from this decade!

We’d love to know what #YOU think of Georgia’s entries and the series as a whole. Get in touch with us by commenting below, posting on our forum or visiting our social media pages!