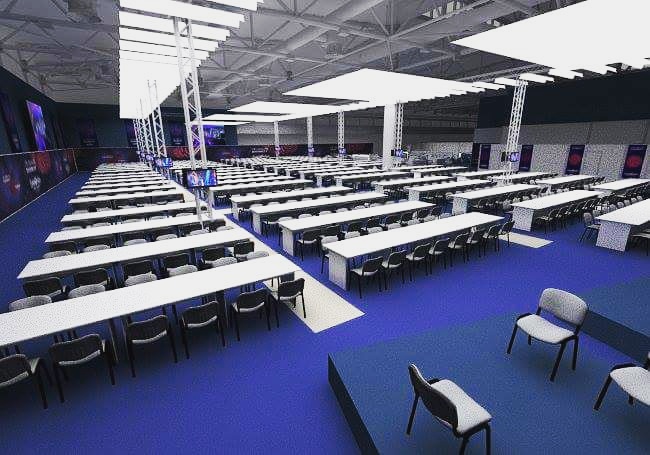 The press centre, the beating heart of the Eurovision Song Contest year on year, and the room in which over 1500 accredited journalists and fan press will squeeze into for two weeks, has finally been revealed by the EBU and UA:PBC, with more details on the layout also published. The centre, also based in eastern Kiev’s International Exhibition Centre which will host this year’s contest, boasts a substantial amount of facilities for fan and media, including radio interview rooms, a large press conference room and space for up to 2,000 journalists to work and watch the rehearsals take place.

A plan of the facilities has also been released by the EBU which suggests that a lot has been squeezed into the space, including a restaurant and fan zone for those without press accreditation to sit and view proceedings. The press centre and accreditation centre are both expected to open early on Sunday 30th April, with Sweden’s first rehearsal due to begin at 10.00 local time.

With everything housed under one roof, it’s sure to be a convenient place for fans and journalists alike!

What do #YOU think of the press centre? Share your thoughts with us!