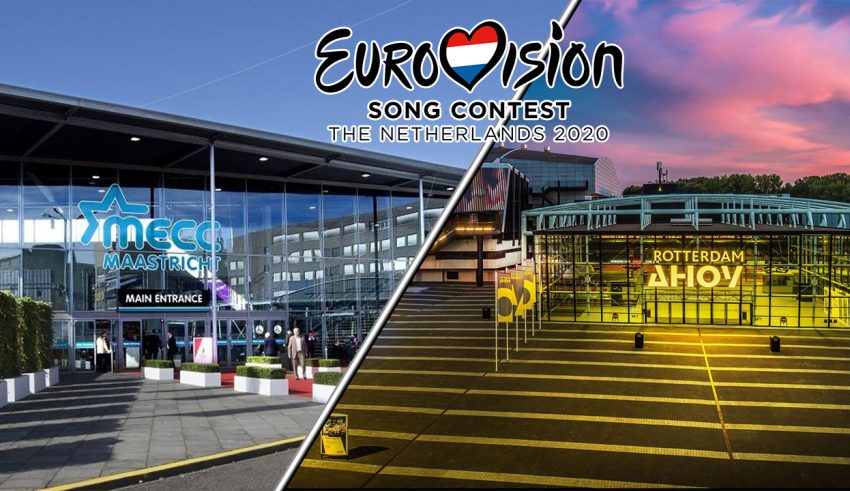 It’s only been 2 months since Duncan Laurence took home the Eurovision trophy back to the Netherlands after a 44 year long wait, but the tension for next years contest is already very high. We started with more than 10 cities, now we’re left down to the last 2 cities.

Ladies and gentlemen, it is time to book your hotels and flights and whatever is needed. The EBU has now confirmed, that only 2 cities remain in the running, to host next years contest. Last week, the deadline for submitting the handbook was set, and now only about 1 week later, 3 cities have already been eliminated, which are Arnhem, ‘s-Hertogenbosch and Utrecht.

The 3 mentioned cities that are no longer in the running for hosting next years contest, has been eliminated due to the fact, that they could not deliver the needed requirements when it came to specific things, this would be things like accommodation, facilities, transportation and more. The EBU however, did point out that all bids were still very well down and the EBU hope that the enthusiasm for the contest still remain when the contest will be held.

Rotterdam and Maastricht has therefor been deemed as the best suitable cities for the upcoming contest, which will take place in May 2020, dates are still to be confirmed. Let’s have a small look on the 2 remaining cities.

The clear favorite in this 2 horse race, Rotterdam has been offered the help of former rival city, Den Haag, to host the contest. Rotterdam is the largest city in the province of South Holland, while Den Haag is the capital. It is also the second most populated city after Amsterdam in all of The Netherlands.

Rotterdam is offering to host the contest inside the Ahoy Rotterdam arena, which has hosted the Dutch national final in the past, but most noticeable also hosted the Junior Eurovision Song Contest in 2007. The area is proposed to have enough room for more than 16.000 spectators, so this area sure has the experience.

Maastricht is located very closely to Belgium, to be more exact, it is right next to Belgium and is the largest and also the capital city of the Limburg province, should you not be lucky enough to find any suitable place in Maastricht, then you can also find a place in either Hasselt(JESC 2005) or Liege, Belgium.

Maastricht is offering to host the contest in the MECC Maastricht arena, which would have the capacity to host up to 20.000 spectators, a bit larger than what Rotterdam offers, and the bid is backed up by the entire Limburg region.

We could easily talk more about both cities and the bids, but we have something planned for the near future, and you can also just check out the video right above.

Anyhow, 2 cities left, we are either going to Rotterdam or Maastricht, which city do #YOU want to host the contest in 2020? The host city will be announced in mid-August.