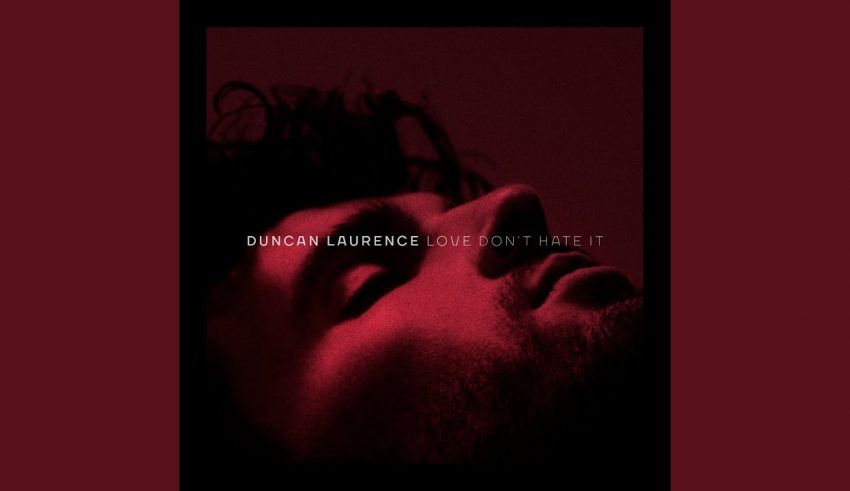 The long awaited time is finally here: the Eurovision 2019 winner has finally released his first single following his victory in Tel Aviv. Fans of Duncan Laurence have waited patiently for 5 months to hear new music from the Dutch artist, and were rewarded with a surprise accoustic version of “Arcade” back in July. But that release wasn’t enough, as people awaited some sort of musical announcement from Duncan. Well as we reported last week, that wait is finally over as today Duncan release his single “Love Don’t Hate It”.

The track is a pop track that pairs Duncan’s voice with a beautiful melody and complicated layers of instruments. It is a complete change from the simiplicity that Duncan displayed in “Arcade” but showcases how versatile he is as an artist. The lyrics however, are very similar to his Eurovision entry as it’s all about love. The lyrics describe many thoughts about how Duncan wasn’t “ready for his heart to drop” and how “they could have it all”. Who he’s talking about, if anyone, is a total mystery. Interestingly enough the track is exactly 2:51 in length, which is shorter than “Arcade” is.

As you likely remember, Duncan took home the coveted Eurovision trophy after his song “Arcade” won the 2019 contest with 498 points, just 26 points ahead of runner-up Mahmood from Italy. The win was a monumental occasion for the Netherlands, as this was the first time they had won since 1975, and ingited celebrations all over the world. Following his victory in Tel Aviv, Duncan was a vocal supporter of Rotterdam’s bid for hosting the contest from the beginning. As it so happens, his preferred host city won the bidding process, and is where we will be heading come May 2020.

What do #YOU think of Duncan’s first single? Does it meet your expectations? Share your thoughts with us on our forum HERE or join the discussion below and on social media!