Home 2020 Anyone You Want To Be – Country Spotlight: POLAND 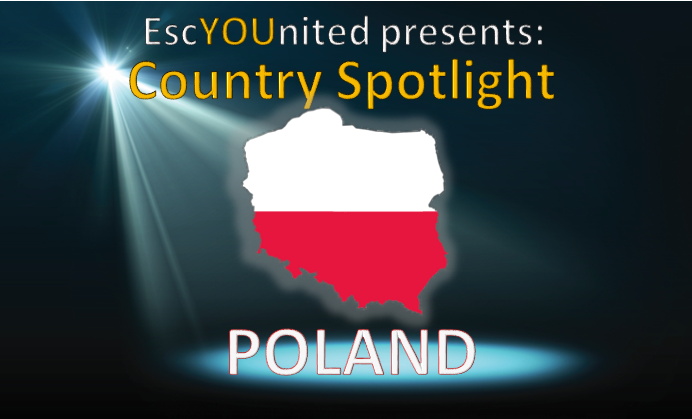 I promised myself that I would report on the JESC winner next – fully expecting it to be Spain – but Poland pulled off back-to-back wins, so here we are.  Could this sudden surge translate itself in success in adult Eurovision?

ANYONE YOU WANT TO BE

A little caveat before we start – this will be a Junior-heavy write-up. It speaks for itself, as Poland is currently one of the most successful countries in JESC and one of the most hapless ones in ESC. This contrast between results isn’t new – we’ve all observed it with Belarus, Georgia and Malta – all countries which have won JESC more than once and usually flounder in adult Eurovision. Poland is another name to be added to that resumé.

Naturally, if we were to properly compare JESC and ESC we need to recognize the differences in format. The JESC jury vote is comparable to the one we see in ESC. However, the current format of Junior Eurovision doesn’t have a conventional televote: instead the winner is decided via an internet poll, which opens a whole two days before the live show. The average voters’ ages are much lower as well. There is also no restriction whom you are allowed vote for – multiple votes are prohibited but you can vote for any country you want – including your own – as long as you vote for at least 3 songs.

This system is made so it can facilitate childen the best (children are very tech-savvy nowadays and because voting is free, there aren’t any drawbacks.) However, it does possess a fatal flaw: because of its all-inclusive nature, it greatly benefits entries with rabid (adult) fanbases or tall diasporiae. As it happens, the country which had scored the highest viewer count, both percentage-wise and numbers-wise has been Poland, ever since their return to JESC. Their internet dominance is therefore nothing short of surprising. Neither is it a shock that the Netherlands, France and recently, Spain, have joined the pantheon of JESC Giants. Tall numbers, tall votes. Too bad if you’re a small country’s entrant.

Which of course wakes the elephant in the room: Did Poland merit their latest JESC Wiktory? Because god, were the odds weighed in their favour. A loaded question many people have opinions on, but my answer is a resounding ‘YEA’.

Viki deserved it arguably more than Roksana did – her song was a smash favourite across all fanbases ever since its selection (everyone recognized “Superhero” was one of the best songs. Everyone.) and that’s about as close to objective goodness as one can get. I personally would have rather seen North Macedonia win (their persistent rebranding into a country of kick-ass female empowerment has to be awarded with a medal someday, right? Right???) but there’s no doubt the Poles deserved to win both times, irrespective of whether the current system favours them or not.

Of course, adult Eurovision is a whole different beast. For starters, Eurovision is experiencing a renaissance – its prestige has been growing since the past decade and is slowly convincing the sceptics that ‘hey, this campy trashfest might have some musical merit after all’.

With renewed interest from the casual fans, there came an evergrowing influx of new, unbiased voters which has completely diluted the voting diasporiae in most countries. While the cultural vote is still wide awake (the Netherlands will always win the Flemish televote, period.) the ethnicity vote only has a lingering presence in countries with low total vote counts. For instance Ireland and Norway’s televote is often hijacked by the Lithuanian minorities – easily so, since there are fewer ballots to be cast anyway.

This is bad news for Poland, because one of their biggest advantages in JESC is therefore of little consequence in adult ESC. This comes with the added problem that their ESC entries aren’t nearly as good. “Anyone I want to be” may have been a Rihanna hand-me-down, but in ESC, let alone JESC, this amounts to pixie dust. If you asked a diehard fan to name the last good Polish ESC song, most would dial all the way back to their 1994 début, Edyta Gorniak’s “To nie ja!”. I personally would have said “Ale Jestem” (1997) or “My slowianie” (2014), but nevertheless, we have to go back several years at least.

An average song can always be pimped to the next level by technical superiority and inspirational staging, but Poland are sort of bad at this as well. Michal Spzak’s impressive rendition of “Colour of your life” (a song that is immensely difficult to sing because of the ludicrous range requirements bestowed upon the singer) and Kasia Mos’s pitch perfect “Flashlight” were performed well, but were let down by the somewhat insipid composition and non-descript staging. Maybe I wouldn’t have felt that way if they provided visual stimulation as well? Likewise, TVP threw away Tulia’s “Fire of Love”  – arguably the easiest Polish qualifier on paper – with poor staging decisions: selfie backdrop, wide camera shots, NO staging twists beyond the lazy susan, no fire whatsoever, etc…

There is no reason as to why Poland couldn’t turn it around, but they have a mound of homework ahead of themselves. They need to select songs that have a certain credibility in a jury vote OR can entice the non-Poles into voting for them (or both, but let’s not get too ambitious). They need to invest in staging that compliments their entries. If they could do these things twice in JESC then why the hell not in Rotterdam?

However, their most daunting task will be rebranding themselves into a country people take seriously. Even after deservingly winning JESC twice in a row, a loud contingent of the eurofans are still trying to discredit these victories for flag-based reasons. Too many critical minds are closed to the idea of a “Good Polish Entry”. It is TVP’s duty to – somehow – find a way to open them.

We live in a digital age and delegations need to establish a certain amount of hype before the contest – Poland usually builds up no momentum pre-show, resulting in a terminal lack of interest. Nobody expects Polish domination… but this can become an advantage if you play it right. Portugal, North Macedonia and the Czech Republic used the element of surprise to receive their best ever scores. If Poland can refresh themselves, like they have in JESC, their luck could change.

Life is never really black or white. There’s always more to it than what meets the eye. If Poland open their minds they’ll see they can become anyone they want to be.

Next up: Another contender for the win will be taken under scrutiny.

Do #YOU agree with Boris? Did #YOU enjoy this editorial? What do #YOU think of Poland’s chances at the upcoming Eurovision? Let us know in the comments, on social media or on our forum HERE.