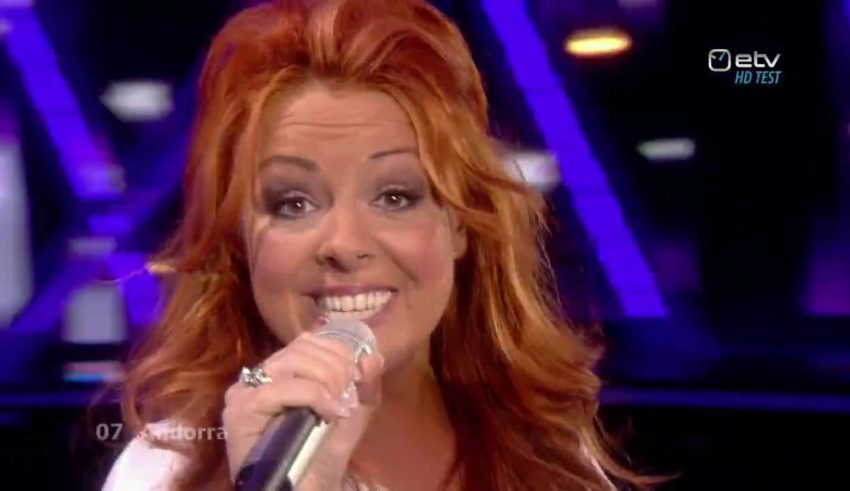 Fresh off the presses, former Andorran participant Susanne Georgi-Puigcerdos (or known professionally under her maiden name Susanne Georgi), has strongly hinted in  Wiwibloggs’ podcast that Andorra may return to the contest in two years, with her as the representative.

Georgi-Puigcerdos stated that she and the Andorran government had “a really good contact since the last time” [sic] and later went on to mention that she and the Andorran broadcaster RTVA had reached a verbal agreement not for 2021, but 2022 instead. “It’s all verbally, it’s on meetings, nothing has been signed. It is not my job to say officially that ‘yes, we go back’ but it is so positive that we’re actually having this debate doing on and verbally it is sort of confirmed now” [sic] she added.

She explained that Andorra would definitely sit out the 2021 contest no matter what, as the governments funds will be directed towards measures to prevent the further spread of covid-19 in Andorra and its surrounding territory. (nb: Northern Spain is experiencing a strong second wave at the time of writing).

Earlier, Andorran broadcaster RTVA had already expressed an interest to return to the contest, as the newly elected government saw potential benefits to boost Andorra’s tourism and renown via their participation. With this podcast, Georgi-Puigcerdos has now given us a date to look forward to, if cautiously.

Georgi-Puigcerdos, a native Dane who has lived in Andorra since 1995, never outright stated that she would be the representative, but at the same time never outright denied that she wouldn’t be. She mentioned that the entire Andorran music industry was enthusiastic about the potential re-debut, which [opinion] speaks more for an Andorran return than for a Susanne Georgi return [/opinion].

It’s worth noting that Susanne Georgi was also Andorra’s last participant to date, having represented the Pyrenees Principality in 2009, at the Eurovision Song Contest in Moscow, with the song “La teva decisió- Get a life”. As with all Andorran participants, she failed to reach the Grand Final, finishing in 15th place with 8 points total.

Andorra to this day remains the only country to have participated in Eurovision without ever having reached a Grand Final. Since then, San Marino (who took over from Andorra as the token microstate participant) have qualified twice by their own merit.

If any new information concerning Andorra’s participation in the 2022 contest comes up, we’ll let you know as soon as we can.