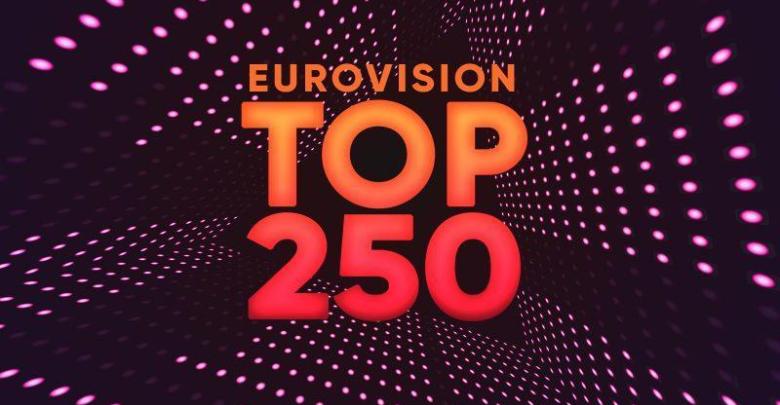 The Eurofans will likely think this is a weird choice for slot 114, but honestly this was such a fun and wacky song, and the live performance always makes me laugh. Plus, who doesn’t love seeing four beautiful backing vocalists in amazing white beaded gowns knitting on stage? This song is everything Eurovision is, hopeful, fun, entertaining, and cultural.

I will admit, Linsay’s live performance for this song was pretty shaky, but this was one of three good songs the UK sent in the 2000s. This is also one of four songs that I actually remember from the 2001 contest off the top of my head (the others being Greece and Denmark as covered in other editions, and also France).

Origo will always be the better of the Joci’s two Eurovision songs, and I won’t apologize for saying that. This song was a great addition to a good year of songs, and was one of those songs we’ll never see again. This song summarizes his life but also features the Gypsy lifestyle and sound with a heavy electronic beat. It’s a highly unique entry.

Europe’s most beloved couple from the 2017 contest is next up on my list. Now, when you look at their recent list of songs and albums, “Story Of My Life” is not the best thing they’ve put out there. However, for this contest it was a breath of fresh air, something enjoyable, fun, and you can pretend to know the lyrics to. Plus their staging matched their eccentric personalities.

This was definitely a song that has grown on me since the 2016 contest. During that year, I found this song to be somewhat boring and borderline annoying, but with time this song has become one of my favorites from that year. Plus, it was lovely to see Spain attempt to send something different for a change instead of Thomas G:son songs, reggaeton songs, or ballads. This was the pop song you didn’t ask for, but my goodness we needed. If it wasn’t for Laura in the same year this might have done better.

In the last edition we talked a lot about fan wanks, and now we’ve hit the 2014 fan wank. I’ve never understood the buzz around this song, and why a lot of people were disappointed that this lost to Conchita. Maybe it’s just because I dislike Waylon so much? Who knows. This is a fine song and perfect for both Waylon and Ilse, but not the best thing they’ve ever sent to the contest.

The siblings that were robbed come up next on my list, and my goodness watching this back makes me remember how mad I was about this non-qualification.  This was such a step up from the prior Swiss entries, and this is another type of song that we may never see again. This was the emergence of Laurell Barker in the contest I believe as well, and look where she ended up. I also appreciate that this song has a really deep message.

Every time I talk about my love of this song, my co-workers often call me crazy and question why they brought me on. And hey, that’s totally fine by me. This song is so weird but in the best way possible. It’s got a better melody that “Water” ever had, and it comes with traditional Bulgarian outfits! Oh and a man with a bagpipe-like instrument. Overall, how could you not like this song?

And now for something hella different, it’s this pop song from Finland that no one seems to remember exists! No but really, if you ask someone what song was Finland 1985, most just look at you with a blank stare. This song was up against a lot of great songs that year, and for me outshines them all by being catchy, memorable, and exciting. Also, shout out to that mohawk-perm hair!

Belgium has been in a lot of this series, and I think that shows you the quality and love I have for this country in Eurovision. “Rhythm Inside” was such a wonderful entry for Belgium in 2015 because it put them back on the map for future editions of the contest. It also served as an example that avante garde, non-pop songs can also do well in the contest. Oh and hey SuRie!

Our very own Netta is coming in at #104 on my list, and there’s a few reasons why. While this is a great song and a clever dance track, I’ve become very over-exposed to it. There is no doubt that Netta’s win was well earned, but this song is very basic at its core, and that hurts it as well. And finally, compared to 65 years of other songs it’s hard to put this any higher.

Another fan wank from 2019, there were so many! I remember when Melodi Grand Prix happened and the Eurofandom were crying that this song might not win the national final. I have to admit, it is definitely a good song and I understand why so many people enjoy it, but much like “Toy” I’m just a little tired of it for now. Also the bridge for me is really a weak point of the song, because it just wasn’t done well for the live version. Besides, I have many better songs upcoming on the list from Norway.

It’s funny to think that this was the best placing Czech entry in the history of the contest for just 2 years, but hot damn this song was shafted by the voting sequence. I get it, this can be perceived as boring in a year of pop songs. But this was an awards show level performnce and LED package. Plus Gabriela’s voice sounds exactly the same in the studio version and live performance. That is pure talent. I guarantee you that if this came from another country it would have placed higher, but whatever.

For the longest time I never understood the lyrics to this song, but now that we’re about 6 months past the contest I know every word. This was another performance that was award show ready, and I think Belarus has a future pop star on their hands, because this song was a hit dance track. I can’t wait to see what’s next for her.

Time for another song from Belgium, they’re everywhere! This was a shocking non-qualification from the 2oo6 season, and is probably the most played NQ song from that year. It was a sleek entry and is still my jam. Also this performance is such a meme because of that accidental camera cut to backstage. Did you know that this was apparently the 999th song performed at the contest?

Well that’s it for this installment of the Eurovision 250 list. Tune back in tomorrow as I reveal songs #85-99 on my list!